Phil Foden and Jadon Sancho will have to wait a little longer – England’s latest squad is very very similar to the one they took to the World Cup.

The starting line-up will probably be much the same as it was in Russia when the Three Lions face Spain and Switzerland. Apart from at left-back.

Ashley Young, who made the left wing-back position his own in the summer, isn’t in the squad for the September friendlies and two men are lined up to try and take his spot.

Danny Rose and Luke Shaw are the two most obvious names for that slot on the teamsheet, with it representing another step on the road towards recovering their career after major difficulties in the past.

It’s an uncomfortable coincidence that both have suffered so greatly, and revealed the depths of this while on England duty. Rose spoke frankly about his depression diagnosis before the World Cup, while Shaw revealed this week that he could have lost his right leg completely after it was broken against PSV in 2015.

Happily, both are back in position to stake their claim for their place in the national team. Rose featured in the World Cup, albeit briefly and mostly in the two dead rubbers against Belgium, while Shaw seems to have become José Mourinho’s first choice at Manchester United.

Both play slightly different roles for their club side, as their Football Whispers persona radars show, using last season’s data to get a better sample size. Shaw was more involved in build-up play, Rose more of an immediate threat in the final third.

Assuming England stay in the same formation as they played throughout the World Cup then it might be Rose who would be the better fit. Rose is more of a wing-back who is a threat down the sideline and can act as a consistent presence high up the pitch to help the team keep some width.

You can see the contour maps below, which draw circles around the places that the players made passes from. Circles within circles equal higher concentrations of passes in these areas, a bit like a heatmap.

Whereas the highest concentration of Rose’s passes came from around ten yards inside the opposition half, Shaw’s edge slightly the other way. 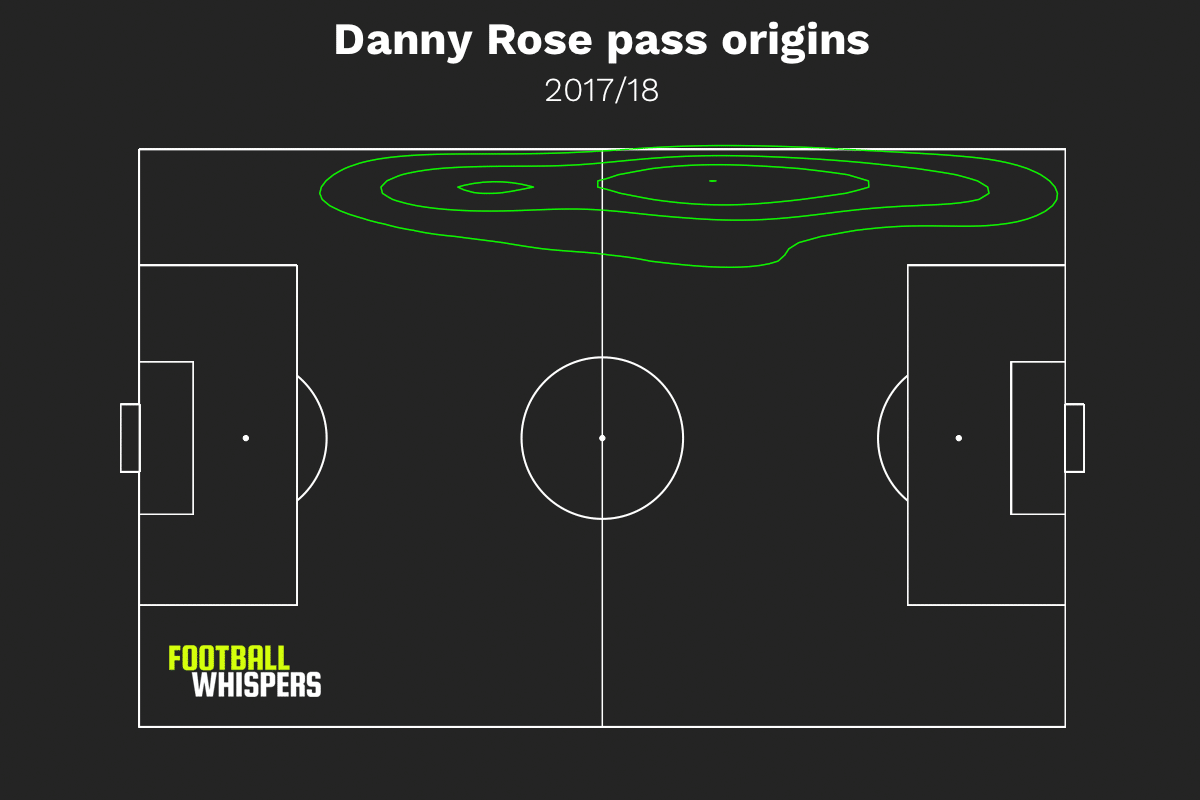 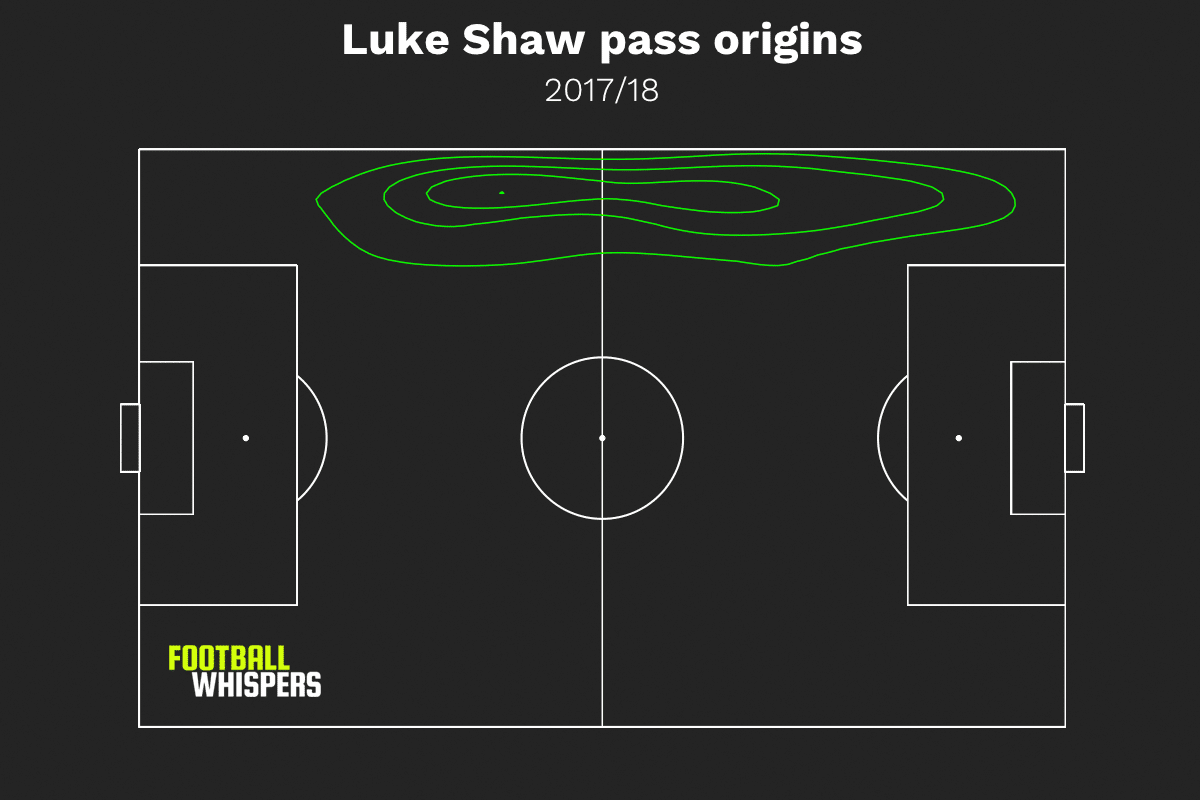 Added to this, Ashley Young’s persona radar from the World Cup looks a lot like Rose’s from last season – crossing, blocking, along with some build-up play added into the mix.

So that’s by two counts that it looks as if the Tottenham man is the better fit for the role.

This could all change if Gareth Southgate decides to change system. England had a great run at the World Cup, but struggled to create chances from open-play, a fact that became more and more apparent with each passing round.

If a rejig is in order, then Southgate might prefer a more defensive option at full-back, in which case the needle suddenly moves back towards Shaw.

He also has the advantage of being the regular starter at his club, while Rose still seems to be second-choice at Spurs behind Ben Davies.

There’s two games that Southgate has to try things out, with more coming quickly in October,  but as things stand it looks like Rose is ready to take the left-back spot.