The long-standing rivalry between sides Rosario Central and Newell's Old Boys has been regarded as the second biggest and most important Argentinian derby behind the infamous River Plate- Boca Juniors clash. This article will provide you with the necessary information to place a bet on the “Clásico Rosarino.”

Gist-readers can enjoy this table compiling the essential part of our article, while everyone who wants to get familiar with the reasoning behind our picks can scroll down.

Always keep in mind that odds may change at all times, so you should proceed with caution when placing a bet.

Rosario Central vs. Newell’s Old Boys – our predictions and preview 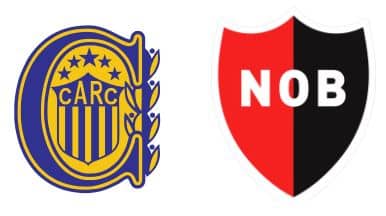 The date of the next edition of the Rosario Derby is currently unknown as both teams now lead the two different Fase Complementación groups that they find themselves in. In 2020 football in Argentine has changed quite a bit as there isn't a league competition. Due to all the delays that followed, the AFA(Argentine Football Association) decided to scrap the 2020 edition of Argentine Primera División. The officials chose to employ a brand-new competition called the Copa de la Liga Profesional, which is essentially a Cup tournament that begins with group stages.

Both of the Rosario teams finished third place in their groups, which means they will play in what can be referred to as a losers-bracket. Copa de la Liga Profesional began with six groups, the winner and runner-ups of which went on to participate in Fase Campeón, which will decide the winner of the cup. The 3rd and 4th spot provided teams with the opportunity to play in the so-called Fase Complementación, which acts as a losers-bracket, as we already have pointed out. Still, a club can triumph in the Fase Complementación as winners. The Fase will conclude with a final, with the two first-placed teams in groups A and B deciding the winner. The Rosario teams are split into the two groups meaning that the next time we might see a Rosario Derby may be if they both win their groups and play in the Fase Complementación finals. However, if that is not to happen, we might as well wait until the new edition of Argentine Primera Division airs, which is scheduled for March 2021. One thing is certain, and that is that 2020 will not entertain the club's fans with the long-awaited derby fixture between the two.

The two squads from Rosario's city haven't been on their A-game in recent years, scoring bottom half of the table finishes in the league. In 2020 football in Argentine was put to a halt and just recently reintroduced. NOB managed a nice win in a friendly match-up against one of the country's top sides – River Plate but failed to rank in the upper half of its Copa de la Liga Profesional groups. They lost both games against Boca Juniors and also lost to Talleres de Córdoba, which put the final nail on the coffin.

On the other hand, Rosario faced similar struggles, losing twice to River Plate – the winner of their group. RC also lost to Banfield once and drew in their second match-up. There really aren’t any other games that can help evaluate the two team's current form, but it may be NOB that has the slightest of edges.

Betting on the Clásico Rosarino

This is quite a tricky fixture, as nothing is really guaranteed between these two teams, except for the fierce rivalry.

As highly contested as this derby is, and given the not as magnificent form of both sides, we believe that this fixture's most likely outcome will either be a goalless or a 1-1 draw. Also, if the two are to meet in the Fase Complementación finals, they will probably play more defensively not to throw the game from simple mistakes. All of this points toward a draw at full-time.

Both squads will be eager to get their hands on some silverware, and they will do what it takes to make it happen. We predict that they will both be able to find the net, as they have done in their most recent matches.

The Argentine top-flight is no stranger to red cards. In fact, it's one of the leagues in which players are frequently sent off, and often the red cards are more than one. Given this derby's nature, we believe that it will likely produce some violent displays, which may quickly be punished by the referee.