Wayne Rooney's farewell to Manchester United was emotional, and he left with the good will of the Old Trafford faithful, grateful for 13 years of outstanding service and no shortage of major honours. But you'd have been hard-pressed to find anyone willing to admit that the 31-year-old striker had anything left to give at the highest level.

Likewise, few would have suggested that England's all-time highest scorer's return to Everton was anything short of fairytale romanticism: a nice bow on top of a wonderful career but, ultimately, a move that made little footballing sense.

But, as he has done throughout his career, Rooney has set about proving his doubters wrong; to paraphrase American author Mark Twain, reports of his demise may have been greatly exaggerated.

Time and attrition has robbed Rooney of a step of the quickness that formed one of his strongest attributes when he broke through at club and international level as a teenager. And his swashbuckling, all-action style has had to be paired down to to befit a more conservative use of his energy.

But there are redeeming features of his game that he continues to cling to, and that have great value to Everton, a side with ambitions of joining the Premier League's established elite. Rooney's movement within the penalty area, his ability to anticipate the way a move will progress and position himself perfectly to profit, is an instinct that remains sharp and has earned him goals against Stoke City and Manchester City already this season.

The 119-cap now-former England international looks to be in finer physical fettle than has been the case some time, evidence of  – perhaps belatedly – an appreciation that he must monitor his fitness more closely than most if he is to extend his career at the top of the game.

In Everton's 1-1 draw away to City recently, none of Ronald Koeman's other charges could match Rooney's 10.7 kilometres of distance covered. He may not zip around the field in the same way, cropping up at full-back before springing forward to attack with devastating effect, but he can, and will, put in a shift.

More than anything, though, Rooney's value to Everton, the reason behind the club's willingness to fund his dream return to Merseyside with a club-record wage packet, is in the intangibles.

The Toffees haven't signed the Rooney of 2008 – they know that. But that have acquired a player who has been where they want to be, someone who knows what it's like, and what it takes, to reach the upper-echelons of the game. 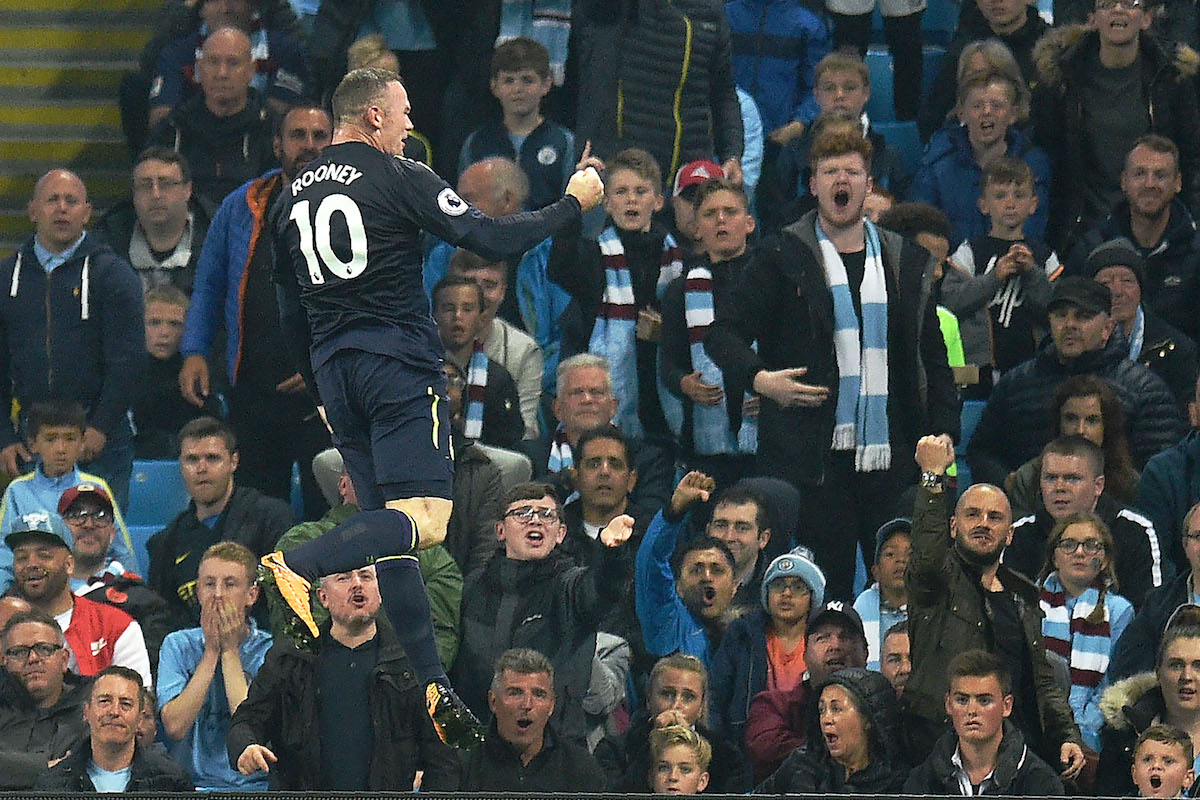 For the time being, Everton's focus is on cracking the Premier League's top six, infiltrating the dominant group currently comprised of Manchester United, Manchester City, Arsenal, Liverpool, Tottenham Hotspur and champions Chelsea. That in itself is a mammoth undertaking for the Goodison Park club, but they have been backed by the riches of billionaire Farhad Moshiri and have spent around £150million this summer with that very aim in mind.

But beyond that, they will have their focus trained on Champions League qualification and eventually consolidating their place among the continent's big boys.

Having spent so much to bring in established players like Gylfi Sigurðsson, Davy Klaassen, Michael Keane and Jordan Pickford, and with youngsters such as new recruit Sandro Ramírez, Dominic Calvert-Lewin, Ademola Lookman and Tom Davies, Koeman's squad is a nebulous swirl of potential that needs to be shaped into something coherent. And fast.

That's where Rooney comes in. The long-time England and Manchester United captain has seniority and respect, as a man who has won the Champions League, multiple Premier League titles and various individual honours. He has been part of some of the best side's in English football's recent history, but he has also been through periods of transition at Old Trafford, and barren spells with club and country which he led his team-mates through and into brighter pastures.

That vast experience is Rooney's money in the bank, the currency with which he will pay his way at Everton and help mould this burgeoning side into something approaching what they hope to become.

Upon his return to Goodison Park in July, Rooney spoke of his delight at not only coming back to the club he supported as a boy, but in joining a team on the cusp of a major transition.

“I’m excited, and I’m excited by the signings that the club have made,” he said. “This club is moving forward. This football club should be winning trophies and we’re taking huge steps to being involved and trying to win trophies.

“With the new stadium in the pipeline, it’s an exciting time to be an Everton player, to be an Everton fan. It’s on us players to make those times even more exciting by giving them good performances and try to help them be successful and bring trophies to the club.”

He doesn't have to play 50 games and score 30 goals this season; nor does he need to cover every blade of grass each week and manifest a Roy-of-the-Rovers-style bookend to his great career. Make no mistake, though: Rooney's contribution is absolutely key for Everton this season and into the near future.

Being part of an exciting project such as this will keep him young in spirit, and a motivated, bit-between-the-teeth Rooney will always be a force to be reckoned with.