Rongcheng and Meizhou Hakka meet to contest a Chinese Super League fixture on Monday, June 20th. Meizhou Hakka put their unbeaten start on the line when they take on Rongcheng. Read our free predictions and find the latest odds for the fixture below in our detailed match preview.

Rongcheng are winless in four attempts ahead of their encounter with unbeaten Meizhou Hakka on Monday? Read our top three predictions for this week’s fixture below.

While Rongcheng are still winless after four matches of the new Super League campaign, Meizhou Hakka’s unbeaten record is still intact and with momentum on their side, Milan Ristic’s troops could be worth backing to prevail. However, Meizhou have developed an early drawing habit that you should be aware of and with three ties in their opening four assignments, safety should be sought out in the draw no bet market this week.

Meizhou Hakka have yet to taste defeat this term, though their four-game unbeaten surge was not accompanied by any clean sheets. Defensively, there are issues to solve and as a consequence, both teams to score has landed in 100% of their fixtures so far. The same market appeals on Monday when Meizhou Hakka take on a Rongcheng outfit that managed to notch three times in four unsuccessful outings.

Top Betting Odds and Stats for Rongcheng vs Meizhou Hakka

View our list of the best stats for Monday’s fixture below alongside a tool to help you choose the best odds.

You can read all of the latest injury and team news for Monday’s clash between Rongcheng and Meizhou Hakka in the Super League below.

Abduhamit Abdugheni and Gou Junchen are still out through suspension for Rongcheng, so it should be as you were in terms of the XI that takes the field on Sunday. Rongcheng earned a point at Tianjin JMT on Thursday with Gan Chao netting their only goal.

Meizhou Hakka fought back from two goals down to parity against Beijing Guoan on Friday to extend their unbeaten start. Attacking defender Yang Chaosheng was sent off in the contest however, and he will miss Monday's game through suspension as a consequence. 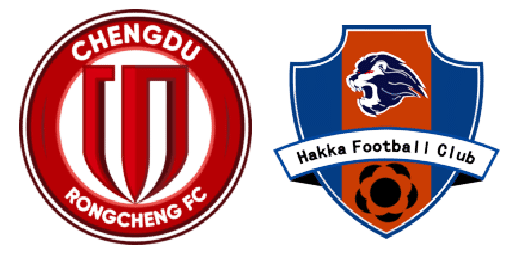 The Meixian Tsang Hin-chi Stadium will host Rongcheng vs Meizhou Hakka on Monday.