Rongcheng host Beijing Guoan in the Chinese Super League on Wednesday, June 8th. Newly promoted Rongcheng go in search of their first win of the new campaign. Read our free predictions and find the latest odds for the fixture below in our detailed match preview.

Can the league’s new boys Rongcheng get the better of Beijing Guoan at the Dujiangyan Phoenix Stadium on Wednesday? Read our top three predictions for this week’s fixture below.

With matches currently being played behind closed doors in China, Rongcheng will be denied the chance to perform in front of their fans for the first time since their promotion when Beijing Guoan visit on Wednesday, though home advantage could still be harnessed by the new boys. The hosts have only lost three of their last 16 assignments on their own patch and they could be worth siding with in the double chance market at favourable odds this week.

Both Rongcheng and Beijing Guoan conceded twice each in opening round defeats last week and the defences looked ropy enough to suggest goals will be conceded by both on Wednesday. It often takes time for defensive units to find their rhythm in the opening exchanges of a new campaign and bettors could be rewarded with a stake on both teams to score at the Dujiangyan Phoenix Stadium this week.

Top Betting Odds and Stats for Rongcheng vs Beijing Guoan

View our rundown of the best stats for Wednesday’s match below alongside a tool to help you choose the best odds.

You can find all of the most up to date team news and injury updates for Wednesday’s Chinese Super League tussle between Rongcheng and Beijing Guoan below.

Rongcheng were beaten 2-0 at Shenzen FC in their first top-flight test of the campaign, though manager Seo Jung-Won is unlikely to make wholesale changes to his team for Wednesday's game in a bid to build continuity. The injury picture at the club is relatively clear, so expect to see a similar XI.

Beijing Guoan were already a goal down when they lost Zhang Chengdong to a red card early in the second half of their lost to Changzhou Mighty Lions last time out. A couple of changes to the teams are expected after that early blip and Chengdong is a forced omission through suspension. 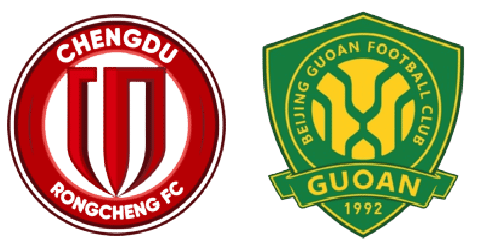 Who is Rongcheng’s manager?

Seo Jung-Won is currently in charge at Rongcheng having joined the club in December 2020.