Rafael Benítez will certainly be thankful Salomón Rondón is a Newcastle United player until, at least, the end of the season. Without the Venezuelan forward, the Magpies would have struggled desperately for goals this season.

Rondón has eight of them in all competitions – seven in the Premier League – and has proven a reliable, if not prolific, goalscorer in the top flight. His goals were not enough to keep West Bromwich Albion in the division last season but they could be crucial for Newcastle this campaign.

Rondón found the net in Saturday’s 2-0 win over Huddersfield Town, a victory that saw Newcastle move four points clear of the bottom three. Alongside Miguel Almirón, the former Zenit and Málaga striker was a constant threat.

This, it must be remembered, is a Newcastle team that do not score many goals. Benitez’s side have netted just 24 times in 27 league games so far. Only bottom side Huddersfield – with a measly 14 goals to their name – have a worse record.

Each of Rondón’s goals then becomes more valuable. Newcastle have a strong defensive record – just 34 goals conceded – which means they often win by narrow margins. So having a striker to depend on takes some of the pressure away from Benitez’s back four.

Rondón’s ability to sniff out chances, given the much-maligned lack of creativity in this team, is impressive. His xG per 90 for the season is at an average of 0.48 and he has found the net at a rate of 0.38 goals per 90 minutes, better than one in three.

The big striker offers far more than goals, too. His hold up play, his ability to bring his teammates into the game, is excellent. Rondón has won an average of 5.45 aerial duels per 90 this season and has proven a useful asset when defending set pieces.

The priority now, for Newcastle, should be to secure the permanent signing of Rondón, who is, of course, only on loan from West Brom. Assuming Benitez guides his side to safety, the long-term addition of their top scorer for next season will be important. 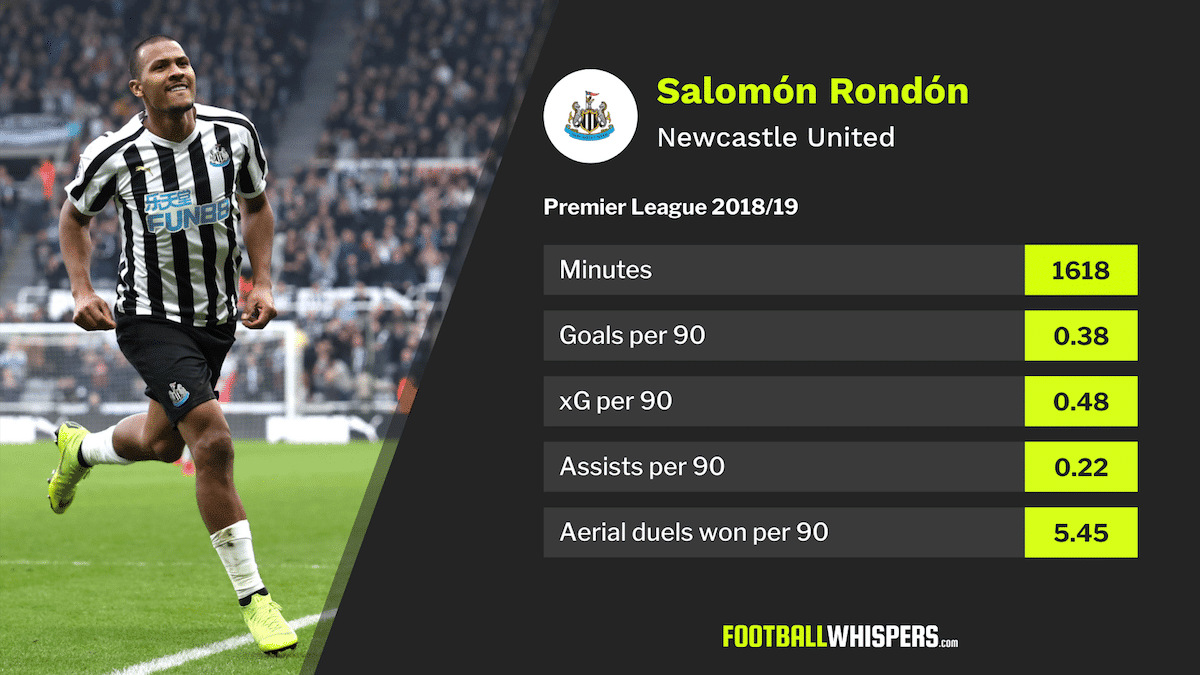 It remains to be seen, though, whether Rondón will be a Newcastle player come the beginning of next season. Everton have, over the last few weeks, been linked with the 29-year-old. Newcastle can't afford to let him go elsewhere, especially given his affinity with the club.

“I feel the love of the fans and that is important to me,” Rondón said in a recent interview with The Mag. “If it is possible then, of course, I would want to stay. At this stage, nobody knows what’s going to happen. It is not completely in my hands but I love the supporters and I love living in the city.

“The gaffer brought me here to score the team and that’s what I’m trying to do, and if I’m not scoring goals then it’s my job to help other players score goals. My first season at West Brom was my best in terms of goals, when I got ten in the Premier League, but I feel as though this season is going much better than that one.”

Rondón has certainly provided what has been asked of him over the last few weeks. He has scored four goals and provided two assists in his last ten appearances, and when he has found the net it has been at important times.

Rondón scored the crucial winning goal at Huddersfield in December, the opener in a battling 1-1 draw at Watford and the equaliser in last month’s shock victory over Manchester City. And his strike against Huddersfield on Saturday put Newcastle on the way to a vital win. 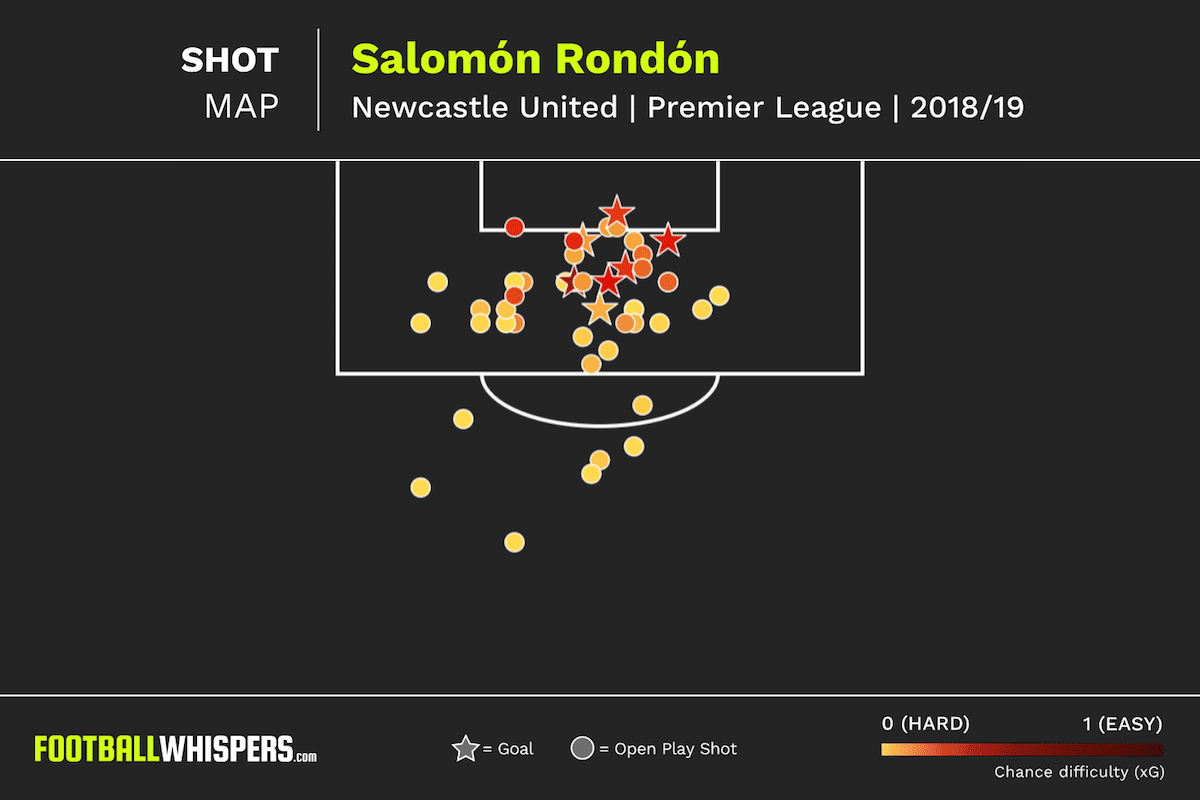 “I am happy with him but still he can improve,” Benitez has said of Rondón. “I think he is doing a great job for the team, but we maybe have to support him a little bit more.

“If he has more support, if he has more crosses and passes into him, then he will score more goals because he can do it.”

The hope for Benitez, in the long term, will be that Newcastle gradually become less reliant on their top scorer. For now, though, he will just be glad he has a player capable of putting the ball in the net.