Tough tackling defender Ron Greenwood enjoyed plenty of success as a player, forming an integral part in the title-winning Chelsea side of 1954-55. However, the dugout would be where the Lancashire lad would genuinely establish himself as an English sporting icon.

Over the course of a 21-year managerial career, Greenwood cemented his place as one of the most respected managers in the country, and his presence is still recognised today. In addition to his accomplishments in football, he also served in the RAF throughout WW2, disrupting his playing career in the process: a legend both on and off the pitch. 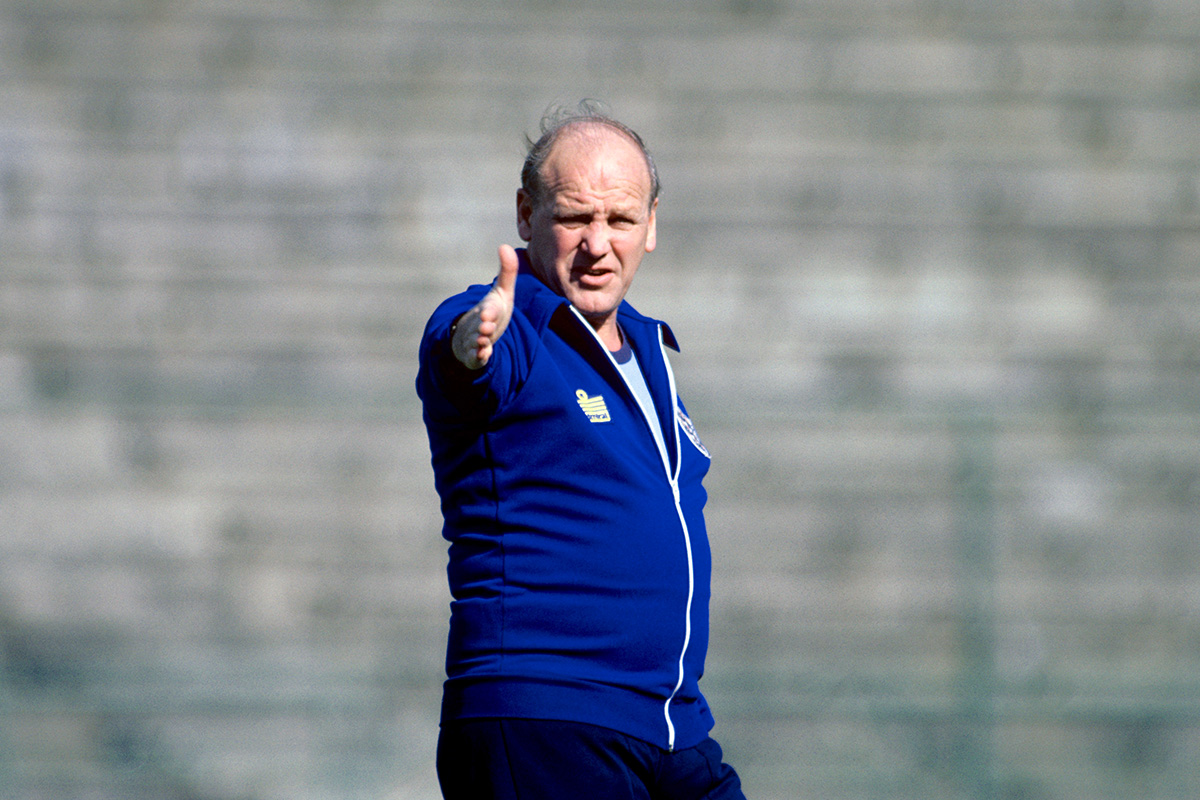 Having earned his coaching stripes as part of the backroom staff at Eastbourne, Oxford University, England U23s and Arsenal, Greenwood’s big break came when he replaced Ted Fenton to become manager of First Division side West Ham United in April 1961.

After leading the side to a 16th-placed finish in those closing weeks of the 1960-61 season, Greenwood would set about turning the fortunes of the club around. Three years later, West Ham would celebrate its first ever major trophy by lifting the FA Cup; their second piece of major silverware would follow 12 months later as the Hammers returned to Wembley to beat German outfit 1860 Munich in the UEFA Cup Winners Cup final thanks to two goals from Alan Sealey, who had got married just one week previously.

West Ham would retain their top flight status throughout Greenwood’s 13-year tenure, as well as the subsequent three seasons spent as the club’s general manager. After 16 unforgettable years at the Boleyn, the Hammers hero would succeed Don Revie to become manager of the senior national team and would lead the Three Lions to two major tournaments, climaxing in a second round appearance at 1982 World Cup.

Greenwood retired from football following England’s elimination, and sadly passed away in 2006 at the age of 84.

Delivering West Ham’s first major silverware would cement his place as a Hammers legend, but Greenwood offered far more than results. By building on the foundations laid by predecessor Fenton, one of his biggest triumphs would be transforming the entire DNA of the club.

Greenwood was eager to pioneer young talent from the beginning, overseeing an FA Youth Cup victory one year before the senior side clinched the real thing. Meanwhile, that trust in young English talent was equally evident in the squad list for those extremely successful seasons of 1963-64 and 64-65. Furthermore, the trio of Geoff Hurst, Martin Peters and skipper Bobby Moore would also play an integral role in the national side’s finest hour too.

Moore, who Greenwood had worked with at England U23 level, was one of the main attractions for the manager taking the job. With the complete centre-half at his disposal, Greenwood could utilise a back four while also encouraging his attacking players to adopt a flowing style that would become universally accepted at the ‘West Ham Way’.

Including his time in other roles, Greenwood spent over a quarter-century working with players on the training field, and an undying hunger for success would be the driving force behind his achievements in the game.

Leading a then-unfashionable West Ham to major honours was one thing; keeping them in the First Division for well over a decade was another altogether. The impressive nature of that feat is epitomised by the fact the Hammers suffered relegation in the first year following Greenwood’s departure to manage England.

Whilst Greenwood’s time with England lacked any real hope of a major trophy, his progress with the side shouldn’t be dismissed either. Once the World Cup-winning squad disbanded, the Three Lions struggled to escape their shadows, failing to reach three tournaments prior to former West Ham man’s appointment.

He couldn’t rescue things after taking over midway through the 1978 qualifying campaign, but Greenwood did deliver qualification for each of the next two tournaments. Despite limited resources, a managerial career lasting two decades was plagued by very few failures; that alone gives credence to the reputation he earned. 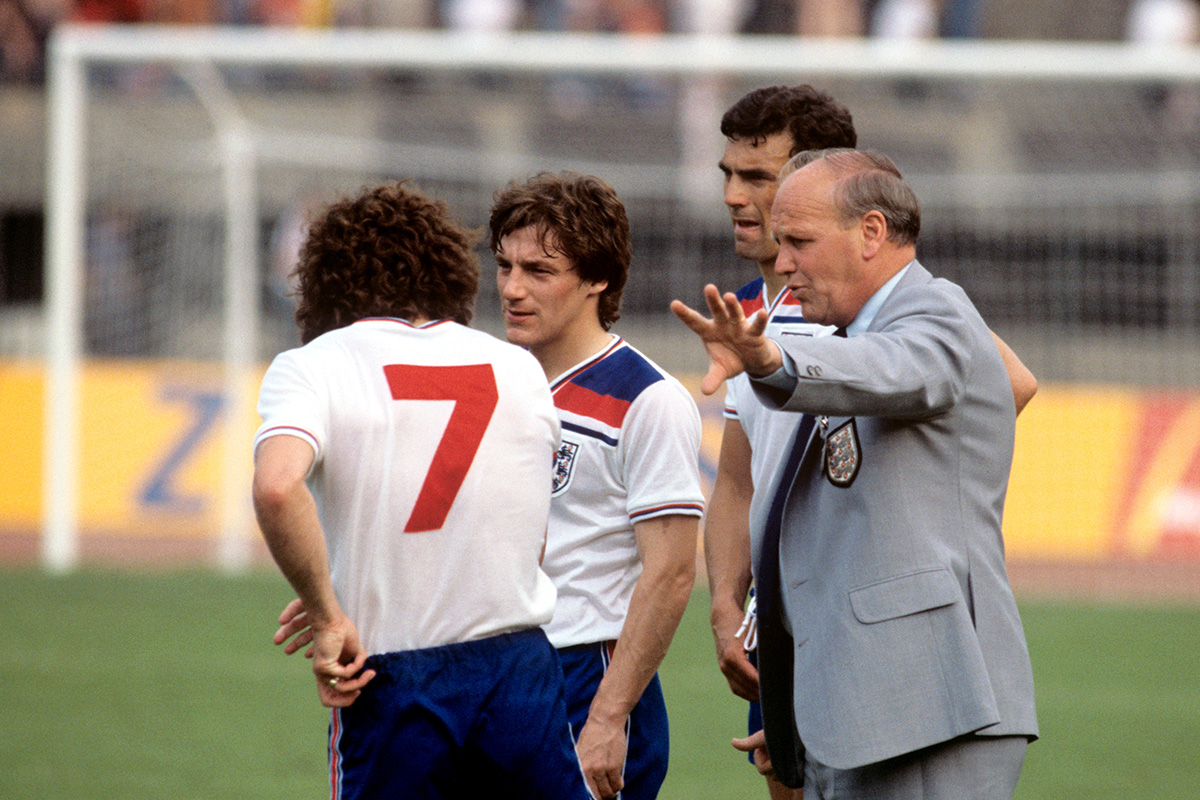 Greenwood’s legacy is both tangible and intangible. Two major trophies at a relatively modest club cements his place in the history books. However, it’s the pioneering philosophies that ensure his fingerprints will remain on West Ham’s history forever, even after the move from Upton Park to Stratford.

Aside from his impact at the Boleyn, Greenwood’s influence on English football as a whole is almost immeasurable. Having already helped develop some of England’s World Cup-winning stars during his time in the Three Lions youth setup previously, the West Ham boss instilled a winning mentality into three of 1966’s most iconic stars.

He additionally helped rewrite the managerial rulebook, particularly during those West Ham days, by building an attacking team despite actively working around the qualities of a talented defender. Similarly, while he wasn’t the first or only person to do it, a conscious decision to incorporate the same blueprint from youth level through to senior football would have a telling impact on the future of English management

Even a decade after his passing, the legacy for both club and country lives on.

Quite simply, Greenwood is the finest manager to occupy the home dugout in West Ham’s 112 years at the Boleyn. When supplemented by his role in building England’s 1966 heroes, he is the 10th best manager that the country’s ever produced.