The need for additional firepower may only be exacerbated in the coming weeks, as it appears that Zlatan Ibrahimović – who, with 17 strikes to his name hit over 30 per cent of the club’s league total – may leave at the end of his one-year contract.

“He can be a valuable asset for some other top clubs also…We have a lot of offers and ideas and we have to evaluate them.” 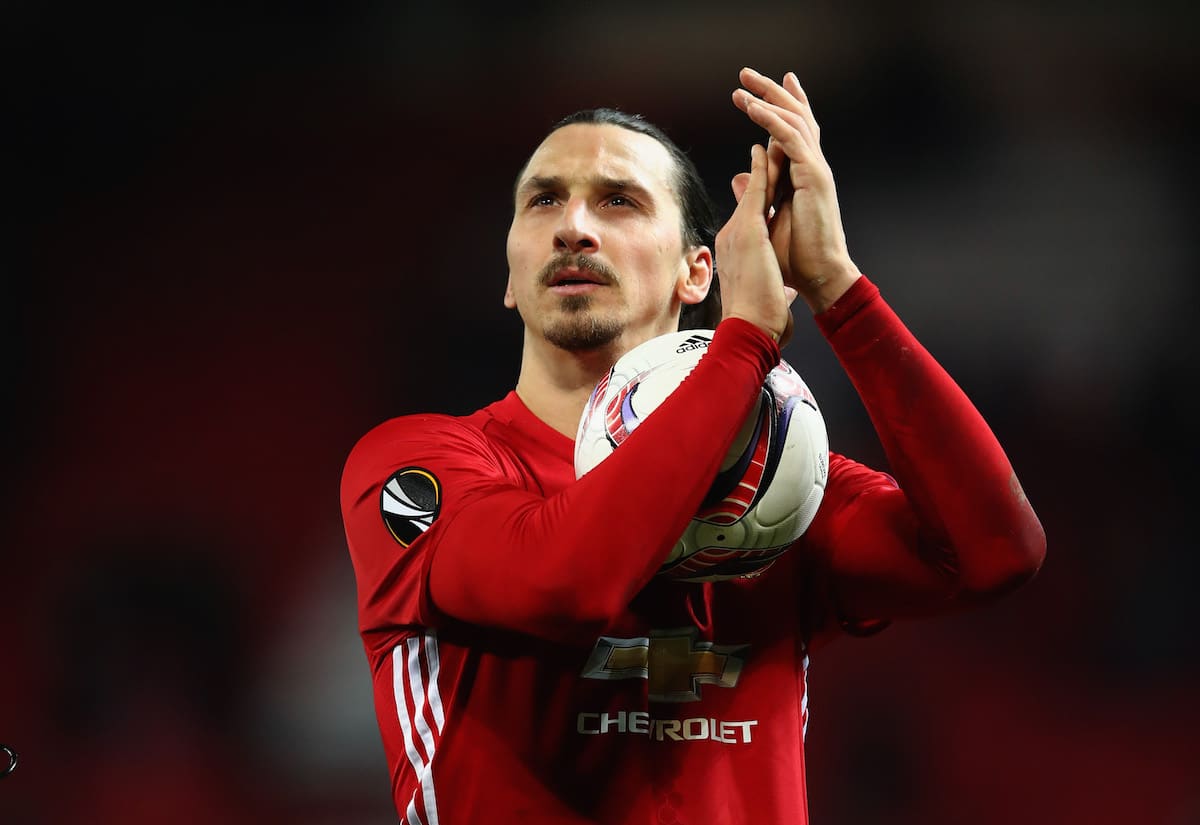 Ultimately, however, regardless of whether or not the 35-year-old remains at Old Trafford, Manchester United would be wise to prioritise the acquisition of a new striker. The question then is: which striker should they sign?

The Tactics of Lukaku and Morata

If José Mourinho is searching for a player to do more than simply lead the line, Morata would be a sensible target. The Spaniard is a keen runner who operates with a directness and purpose that, combined with his quick feet, makes him a tormentor of opposition defenders.

He likes to roam, pulling out into wider zones and driving inside at centre-backs. And, during his time with Juventus, he evidenced a desire to play behind a main striker – Carlos Tevez – and hit the channels. Alternately, he will occasionally drop deep, linking up play with his midfield team-mates.

While he has been utilised mostly as an out-and-out striker with Real Madrid, Morata is just as comfortable playing as a second striker, acting as a purposeful foil with his movement and pace. Lukaku, on the other hand, prefers a more conventional role.

The Belgian has thrived as a true centre-forward for Everton, where he often leads the line alone with support from one or more attacking midfielders. He doesn’t drop quite as deep as Morata, and when he does he rarely goes as far. Instead, he acts more as a central focal point, using his hulking frame and astute body positioning to hold off markers.

Lukaku’s resistance to pressure enables him to receive the ball in tight spots before recycling it out wide or to a close-by team-mate. He is effective in hold-up situations, and relishes playing on or around the last line of defence.

The Everton hitman’s movement is also surprisingly nuanced given his side and obvious physical strength. He makes good use of playing on the blindside of opponents, drifting into dangerous central areas from where he is more accessible to his team-mates and offering a more viable forward pass.

For all the pair’s attacking traits, it’s worth referring to the fact that Mourinho’s Manchester United place great emphasis on the defensive phase, where organisation, positioning and man-orientated pressing are critical. With this in mind, the fact that both Lukaku and Morata have the work ethic to track back when required and press when appropriate is highly important.

The Statistics of Lukaku and Morata

While he is a willing worker defensively, Lukaku could theoretically take more time than Morata to adjust to Mourinho’s defensive demands. While playing for a team that averaged less ball possession than Real Madrid and tended to dominate fewer opponents, the Belgian attempted comparatively far fewer tackles per 90 minutes in 2016/17.

On top of that, the Everton man won less of those he did make, winning just 18.68 per cent of his attempted tackles compared to Morata’s 32.53 per cent.

Lukaku also isn’t quite as prolific as his fellow Manchester United transfer target. While he has a moderately higher shot accuracy percentage – 64 per cent compared to 63 per cent – he attempted fewer shots and scored fewer goals per 90 minutes throughout 2016/17.

However, he is the more productive passer of the two.

In addition, the Everton striker won far more aerial duels per 90 minutes. This could be attributed in part to his playing for a side with a more direct style of play and thus having more headers to challenge for, but the fact his percentage of aerial duels won was just nine per cent lower is indicative of his being superior in the air. 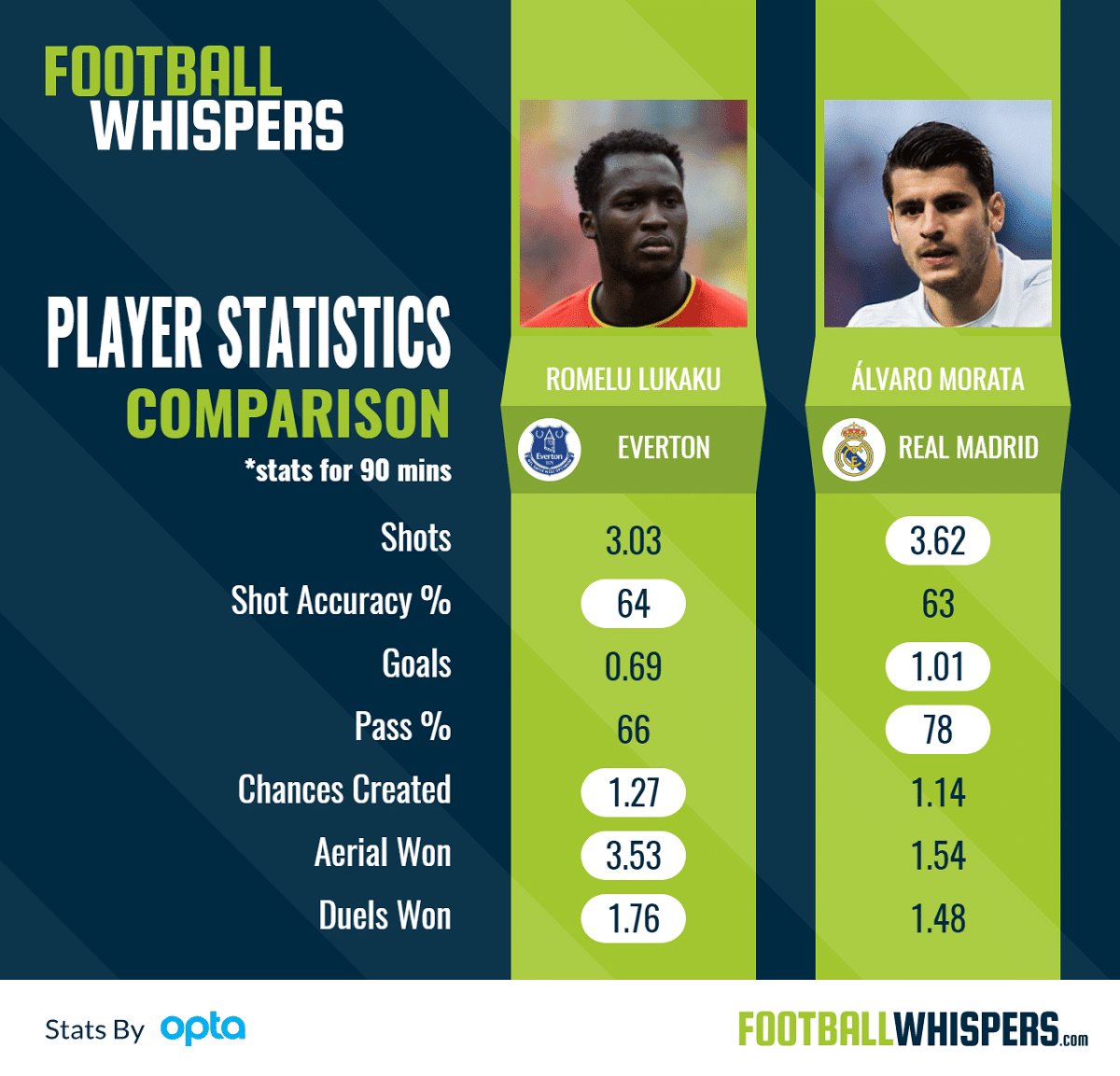 Who should Manchester United choose?

Both players are 24, though it could be argued that Morata has more upside considering he has played just four-an-a-half years of regular top-level football compared to Lukaku’s seven. However, this should not be the determining factor in the Red Devils’ decision.

Stylistically, the Everton forward is more suitable. He may not be quite as efficient in front of goal, but he is improving in this respect. And, as an all-round attacker, he provides more to his team than penalty box instinct and ruthless poaching.

Lukaku may suit this framework better due to his immense physical presence and ability to hold off defenders, creating opportunities or building attacking moves in the process. Compared to Morata, who is more direct and forward-facing, the Belgian is more likely to bring the likes of Pogba, Henrikh Mkhitaryan and Juan Mata into the game.