Internazionale made the bold decision during the summer transfer window to loan out Mauro Icardi.

Though the Argentine forward had fallen out of favour at San Siro, showing a player with 111 goals in 188 Serie A games the exit door was risky. As shown on countless occasions throughout history, failing to replace a goalscorer can end a season before a ball has even been kicked.

But new coach Antonio Conte had the backing of the Nerazzurri board. Lautaro Martínez, now one year into his time in Italy, would shoulder the burden along with Romelu Lukaku. The Belgium international had long been on Conte’s radar and, after missing out on him as Chelsea manager, he finally managed to link up with him.

The 26-year-old is one of those players who won’t truly be appreciated until he’s retired. 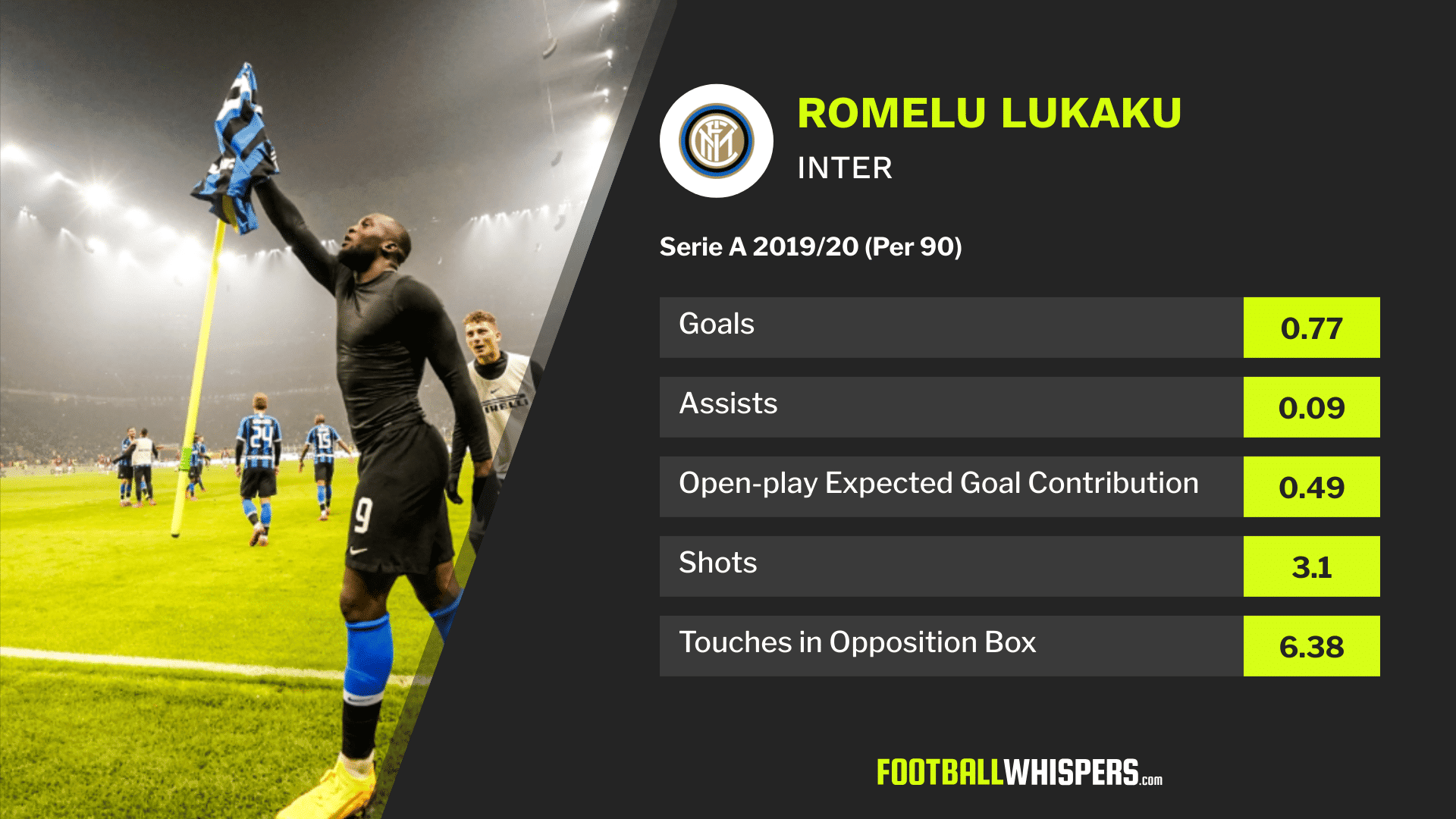 His goalscoring record is phenomenal. Lukaku hit 15 or more in five of his seven Premier League seasons, scoring 25 in 37 games in his final campaign with Everton. His return of 113 goals puts him in the top 20 in the English top-flight. Of the players on that list, only Harry Kane and Sergio Agüero are still active.

Had he stayed in England, Lukaku would’ve been a shoo-in for the exclusive 200 club. But, to the surprise of many, Manchester United decided to part ways with their £75million signing just two years after bringing him to Old Trafford. His stock was low following a 12-goal showing during an injury-hit 2018/19 campaign.

At the time, Lukaku's switch to Italy didn’t go under the radar but it wasn’t treated as the statement signing it was. Now people are finally taking note.

With just 15 games remaining, Inter are joint-top of Serie A. Their stirring comeback in the Derby della Madonnina proved Conte’s side had the bottle for the battle. It’s the first time since 2010 Inter have been at the summit so far into a season.

Heading into the break 2-0 down, Conte's team were level by the 53rd minute. Stefan de Vrij then nodded them in front with 20 minutes left and Lukaku added the exclamation point in stoppage time.

The 84-cap Belgium international had managed to do the unthinkable. He managed to upstage Zlatan Ibrahimović.

There was nothing remarkable about his goal. Lukaku nodded home Victor Moses' dinked pass from close range. His celebration, however, was special. Removing his jersey, he wrapped it around one of the corner flags and claimed San Siro as his own.

This mentality could be what sees Inter claim their first Serie A title in over a decade. If they do, Lukaku will have played a significant part.

His goal against Milan took his tally to 17 in Serie A, eclipsing his best season at Old Trafford (16). In Inter's previous match, a 2-0 win against Udinese, Lukaku scored twice – the sixth time he's done that this season – to make it 20 goals in 29 appearances this season.

He's the fastest player in the club's history to do that, claiming an honour previously owned by Ronaldo. The great Brazilian striker reached that milestone in 31 matches.

He isn't single-handedly spearheading Inter's assault on the Serie A title but he's playing a key role in it.

The former Everton forward killed the derby off in September, scoring the second in a 2-0 win. Lukaku scored winners against Cagliari, Brescia, Bologna and Napoli while finding the equaliser against Parma.

The 26-year-old scored two of the four goals Inter needed to defeat Sassuolo in one of the games of the season, too.

In total, Lukaku has scored 35 per cent of the goals Inter have managed in Serie A this season and only five of his team-mates have assisted more times than he has. For context, his haul of 17 would represent 47 per cent of Manchester United's league goals this term.

The next couple of weeks will make or break the Nerazzurri's season. Their next Serie A outing is against Lazio, the league's surprise package and a team just one point off the top. Inter travel to Turin two weeks later to face Juventus in what could be the title decider. If Lukaku can influence either of those matches on the way to the title, he'll have surpassed Icardi in the space of a single season.

He's already dominating Serie A just as he did the Premier League. Still nowhere near his prime, Lukaku under Conte could be something truly special.