“Die Mannschaft” will be traveling to Romania for the 2nd round of the 2022 World Cup Group Qualifications. This may be a tricky match to bet on, but stick with us as we will provide you with the top free betting tips for the game.

Our team of experts analyzed the game in hand, using the most up-to-date statistics and information and odds about this match-up. Here is our insight:

The odds are true at the time of writing, but they may change without notice. Check your betslip carefully before finalizing your bet. Our recommended bookmaker for this match is Ladbrokes.

Germany to Win and Over 1.5 Goals

Make no mistake, Joachim Löw’s squad certainly is the favorite coming into this game. However, some pieces of stats may be a bit concerning, but we will go over that in a second. The German team has high chances of taking home the win, and the Over 1.5 Goals bet has a 100% success rate in the last 5 games between the two.

It seems that Romania is a tricky opponent for the team captained by Manuel Neuer. The Romanian squad has scored in 11 out of the 13 games that they have played vs Germany, including the last 6 in a row. In the meantime, “Die Mannschaft” has failed to find the net in only one of those 13 meetings.

Germany to Win from Behind

As we already covered, the hosts have a high goalscoring rate versus Germany. Digging deeper into this we couldn’t help but notice that in 4 of the last 5 matches between each other, the Romanian squad was the first to get on the scoreboard, usually in the first half. Knowing this, combined with the fact that Germany can win this game, the odds of 7/1 look tempting on this one.

Bringing you all the latest stats for Romania vs Germany

Here you can find the best odds for the game as well as some visualized stats.

Despite playing 13 games between each other, the two squads haven't met in 14 years. Their last match was back in 2007 and resulted in a 3-1 Germany win. Historically, the visitors have the lead with 8 wins out of 13 games. Romania has won 2, and 3 games ended in a draw.

It's important to take note of the fact that, 11 of those 13 meetings have been friendly games. Only 2 matches have been from the competition – the UEFA European Championship. In competitive play, Romania hasn't won, but yet again has scored on both occasions and earned one draw. 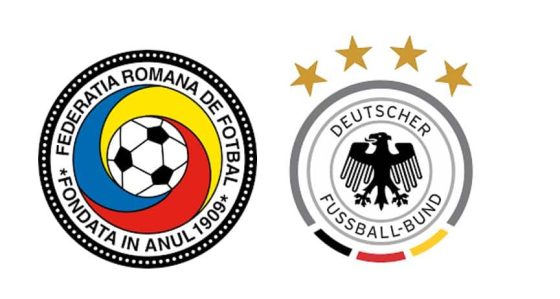