One of the more interesting matches in the second round of group stages at the Olympics is the Romania U23 vs Korea Republic U23 duel. So, check our detailed preview of this game if you want to learn more about it.

If you are not sure what is the right bet for the Romania U23 vs Korea Republic U23 duel, check some of our favourite predictions for this match:

Korea Republic U23 to Win

Despite the fact that South Korea started the tournament with a loss, while Romania won their first game, our prediction is for Korea Republic to win this game. They have more experience in international tournaments of this caliber and they are playing close to their home since the tournament is being played in Japan.

Romania U23 and Korea Republic U23 to Draw at Half Time

While we expect Korea Republic to win this game eventually, we don't think that they are going to have an easy job. On the contrary, we expect a close, hard-fought game and we expect the game to be decided in the second half. With that in mind, our next prediction is for Romania and Korea Republic to draw at half time.

Both matches in the first round of Group B have ended with just one goal, so it's clear that we won't be seeing many goals in this group. With that in mind, our prediction is for this match to go under 2.5 total goals, which is something that also happened in the last three games played by Korea Republic in Olympic Games.

If you wish to bet on the best Romania U23 vs Korea Republic U23 odds, check our list of odds from the top UK bookmakers:

Romania U23 vs Korea Republic U23 preview: A very close duel

It has been a long time since the Romanian team has seen the main stage of the Olympic Games – their last participation was all the way back in 1964 when the team finished 5th after beating the former Yugoslavia in the deciding match. Still, despite their long absence, Romania started the Olympics with a 1-0 win over Honduras, the team that reached the semi-finals in the previous Olympics. This puts Romania in a good position ahead in the fight for the next stage.

The team from Korea Republic, or South Korea as most of us call it, has come to this tournament after reaching the quarter-finals in 2016. They lost that match against Honduras and they will play them once again in the last round of the group stages in Japan. In the first round, Korea Republic lost to New Zealand, so another loss in the upcoming duel with Romania will likely mean that they are out of the tournament.

FAQ for Romania U23 vs Korea Republic U23 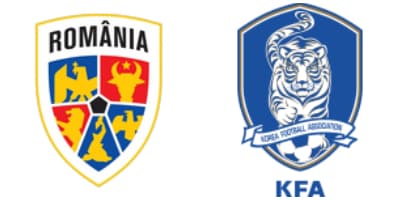