Mourinho will be demanding a response from his players following a surprise defeat in their last Serie A game against Verona, while Udinese are in need of a response of their own following a heavy defeat at the weekend.

Here are our predictions for Roma vs Udinese

We're expecting a home win on Thursday as Roma have won four of their last five games against Udinese and sit 2pts and four places above Udinese ahead of kick-off. The hosts have won five of their last six matches in all competitions and although they lost last time out at Verona, we're predicting that Mourinho's men will return to winning ways on Thursday.

While both of these teams have been involved in high-scoring games of late, we're backing under 2.5 goals to be scored on Thursday. Fewer than three goals have been scored in four of the last six meetings between these two clubs, including two of the last three times that Roma have played host to Udinese. Udinese failed to score at home to Napoli last time out and we believe Roma stand a great chance of keeping a clean sheet on Thursday.

Tammy Abraham already has one goal in Serie A this season and we're backing the former Chelsea striker to find the back of the net against Udinese. The visitors conceded 4-goals in their last game against Napoli and now go up against a Roma side that have scored 11-goals in their opening four league games, so you can see why we're predicting Abraham to get on the scoreboard against Udinese.

All you need to know ahead of Roma vs Udinese

Roma aiming to return to winning ways at home to Udinese

Roma took the lead away at Verona through Pellegrini and lead at the break but this turned out to be a false dawn. Two early goals in the second half put Verona in front and although Ilic converted a 58th-minute penalty to make it 2-2, just 5-minutes later Faraoni thrust Verona back in front with what turned out to be the games winning goal.

Udinese went unbeaten in their opening three league games, so headed into their home game against Napoli full of confidence. However, Udinese were completely outplayed in their out backyard and eventually lost that game 4-0. Thursday's guests now need to dig out a response in what is bound to be a very tough 90-minutes in the capital.

Udinese: Destiny Udogie has picked up an injury and could be out until late September.

Roma vs Udinese – Your Questions 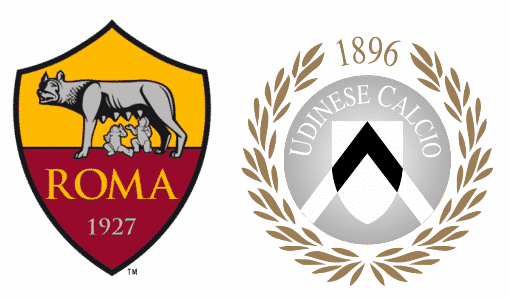