Roma look the real deal under Jose Mourinho in the early stages of the new season and could possibly challenge for the Serie A title. Visiting Sassuolo are yet to taste defeat in their opening two matches but haven't come up against anyone of Roma's quality so far.

Roma to Win Both Halves

As for a final scoreline, we're going with a comfortable 3-0 victory for Roma. The hosts have scored three or more goals in two of their last three home games against Sassuolo, not to mention scoring at least three goals in four of their last five matches in all competitions.

All you need to know ahead of Roma vs Sassuolo

Can Roma maintain their 100% start at home to Sassuolo?

Roma went in level at the break away at Salernitana last time out but produced a fantastic second-half performance that earned Mourinho's men all 3pts. A brace from Pellegrini and goals from Veretout and Abraham helped Roma to a 4-0 win in the end, so that's 7-goals scored and only one conceded in their opening two league games.

Sassuolo begin the season with a 3-2 away win over Verona but were then held to a goalless draw in their own backyard by Sampdoria, a disappointing result for a team with high expectations this season. A trip to in-form Roma could catch Sassuolo out if they are not at their best as Mourinho has his team looking very organised at the back and creating chances aplenty at the other end of the pitch.

Roma: The hosts could be without Fuzato, Zaniolo, Pellegrini, Mancini, Vina and Smalling this weekend due to injury.

Sassuolo: Filippo Romagna is the only injury concern for the visitors as of yet but we await updates following the final round of fixtures from the World Cup qualifiers. 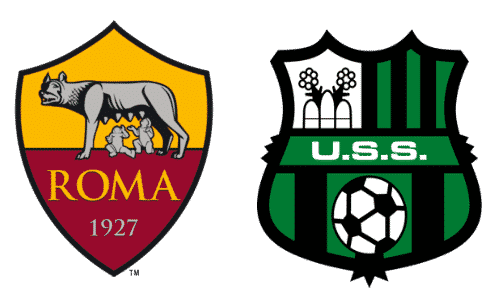