Jose Mourinho lost his first Rome derby last weekend but his side remian 4th in the Serie A table with six games played and they have the home advantage against Empoli on Sunday. The visitors have started life back in the top-flight well and currently occupy 8th position heading into the weekend's action but haven't managed a win against Roma since 2007.

Roma vs Empoli: Our Predictions

Here are our predictions for Roma vs Empoli

Roma have won five of their last six encounters with Empoli and have managed to keep three clean sheets in the pair's last four meetings in Serie A. Roma have won all of their home games in league and cup so far this season, keeping a couple of clean sheets along the way, and we're backing Mourinho's men to win-to-nil on Sunday.

Three of the last four meetings between Roma and Empoli have ended with fewer than three goals being scored, and we're predicting another close and competitive 90-minutes between the two clubs this weekend. The hosts have kept two clean sheets in their last three outings and under 2.5 goals have been scored in each of Empoli's two away trips in Serie A this season.

Tammy Abraham has netted 2-goals in Serie A since making the move from Chelsea to Roma in the summer. Abraham has started all six league games under Mourinho and the 23-year-old is expected to lead the line for Roma this weekend, and we're backing the England striker to score against Empoli.

Key Stats and Markets for Roma vs Empoli

Roma bounced back following their derby day defeat to Lazio with a 3-0 away win in midweek against Zorya in the Conference League. Mourinho's men didn't show enough against Lazio last time out to deserve anything from the game, despite the scoreline ending 3-2, but his players created lots of chances in Europe and fully deserved to beat their Ukrainian hosts. Roma won't take Empoli lightly this season as their guests have started the new season well and have already beaten Juventus on the road.

Empoli made it back-to-back league wins last time out when they thrashed Bologna 4-2 at the Stadio Carlo Castellani. The home side were given a helping hand in the very first minute courtesy of a Bologna own goal and lad 2-1 at the break thanks to a goal from Pinamonti. Bajrami converted an early second-half spot-kick to make it 3-1 and despite Bologna pulling a goal back in the 76th-minute, a goal from Ricci in the last minute confirmed all 3pts for Empoli. The visitors are playing well right now but will have to be at their very best to take anything from this weekend's trip to the capital.

Roma: Leonardo Spinazzola remains sidelined for the hosts and isn't expected back until late November.

Empoli: the visitors could be without the services of Riccardo Fiamozzi this weekend due to a muscle injury. 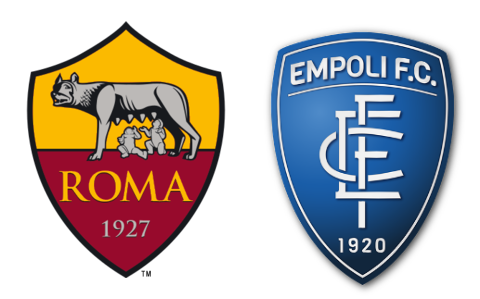