Roma take on AC Milan in Serie A's big game this weekend in the Italian capital. The visitors are unbeaten in their opening 10 matches, while Roma sit 4th in the table and could move into the top three with a win on Sunday.

Here are our predictions for Roma vs AC Milan.

We're expecting a tight and tense 90-minutes on Sunday and don't believe both teams will score in this game. Both teams have scored in just two of Roma's last six outings in all competitions, while just one of AC Milan's last three matches have produced goals at both ends of the pitch and the visitors kept a clean sheet in their last game against Torino.

Under 2.5 goals have been produced in three of Roma's last five fixtures and two of AC Milan's last three outings have witnessed fewer than three goals scored, so you can see just why we're expecting a low-scoring affair this weekend between two of the division's top sides.

Can AC Milan keep their unbeaten start going away at Roma?

Roma travelled to Cagliari on Wednesday night for what turned out to be a close and competitive 90-minutes. The two teams went in goalless at the break but Cagliari opened the scoring early in the second half and suddenly, Roma had to up their game. Ibanez equalised for Mourinho's men in the 71st-minute and just 7-minutes later Pellegrini put the visitors 2-1 in front with what turned out to be the winning goal. Roma might not have what it takes to challenge for the title this season but they should be up there battling for the Champions League places.

AC Milan played host to mid-table Torino on Tuesday night where they ended up enthralled in a much-tougher game than expected. The hosts took the lead through Giroud in the 14th-minute and might have expected the flood gates to open from that point on. However, Torino gave a good account of themselves and the scoreline ended 1-0. AC Milan remain unbeaten in Serie A this season but face a tricky trip to Rome this weekend.

Roma: Chris Smalling and Leonardo Spinazzola look set to miss out once again this weekend due to long-term injuries. 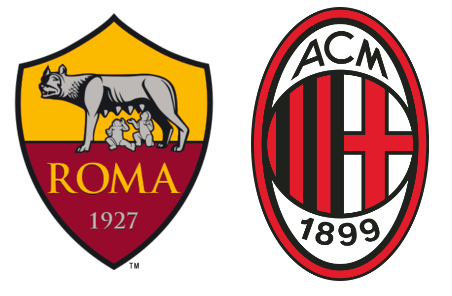