Over the past few days, there has been intense speculation that Ramón Rodríguez Verdejo — or to give him his preferred moniker, Monchi — widely regarded as the best sporting director in football today, is on his way to Roma. His departure from Sevilla has been confirmed, and it has been suggested that the Italian capital could be his next destination.

Rome-based newspaper La Repubblica reported that the Spaniard had signed a three-year deal with Roma, while the Serie A club’s former sporting director Walter Sabatini told ABC Sevilla that: “I’ve been told that everything is done and his contract will be for three seasons. He’s the best sporting director in the world right now. I know him well, and I love the methodology that he has. He sees things others don’t. I’m convinced that, at Roma, he can do the same work he did at Sevilla.”

Rarely does the potential signing of a sporting director cause such a commotion. But in this particular case, the media frenzy makes a great deal of sense. Firstly, in Italy the role is not only more common than it is in many other countries, but it is also more important. Secondly, considering his legacy with Sevilla, Monchi is worth getting excited about. Indeed, Sevilla’s history could be divided into specific with- and without-Monchi sections, so game-changing was the 48-year-old’s work with the club.

When he arrived in 2000, Los Blanquirrojos had just finished bottom of the La Liga table and were relegated to the second tier. They didn’t even come close to avoiding relegation. Yet, with Monchi overseeing the club’s football strategy, Sevilla went on to not only return to the top flight, but enjoy their greatest period of success. During his 17 years as sporting director, the Andalusian outfit won the Copa del Rey twice and the Supercopa once. They also won five Europa Leagues and one European Super Cup. 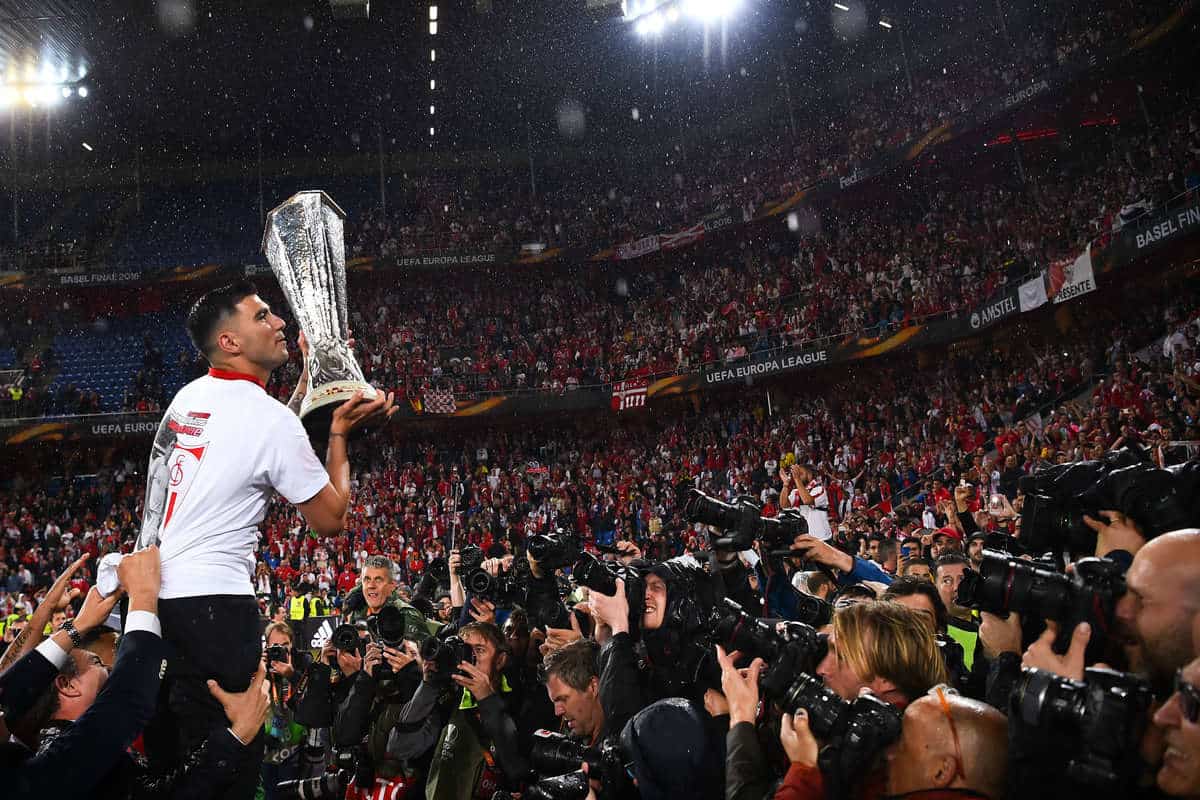 READ MORE: HOW ‘MONCHI’ HAS SHAPED SEVILLA SUCCESS FOR OVER 15 YEARS

Speaking on Friday, Monchi was quick to confirm that, despite meeting Roma president James Pallotta in London, a contract with the Giallorossi had not in fact been signed.

“It’s true that I listened to their project, but that was all. I have not signed anything with anyone,” he stated. “It's true that Roma is one of the clubs that has shown the most interest in me, but I have other offers.”

However, while his remarks calmed the storm surrounding his links to Roma, they didn’t convince. Months ago, he dismissed the links entirely. Now he has confirmed his upcoming departure from Sevilla, met with Roma and publicly acknowledged the links. His refutations are becoming harder and harder to believe fully.

Should Monchi become Roma’s sporting director in the near future, the Serie A landscape could change dramatically. This would be primarily due to his ability to work the transfer market while at the same time implementing a working youth policy.

Over the last decade, Sevilla have been famed not only for winning consecutive Europa Leagues and rising from the fringes of La Liga to the top of the European game, but for scouting and nurturing; buying and selling. Monchi fostered this with finding value in the market continually from window to window, with the list of players who came in only to be sold on for higher fees seemingly endless.

That list includes the likes of Dani Alves, Seydou Keita, Júlio Baptista and Ivan Rakitić, all of whom went on to one of Spanish football’s giants, Barcelona or Real Madrid. It also includes Carlos Bacca, Kévin Gameiro and Grzegorz Krychowiak, who also left for substantial transfer fees.

But Monchi has also made a habit out of the resuscitation of ailing careers, rejuvenating the likes of Frédéric Kanouté, Luís Fabiano, Gary Medel, Daniel Carriço, Éver Banega and, more recently, Stephan N’Zonzi and Samir Nasri. 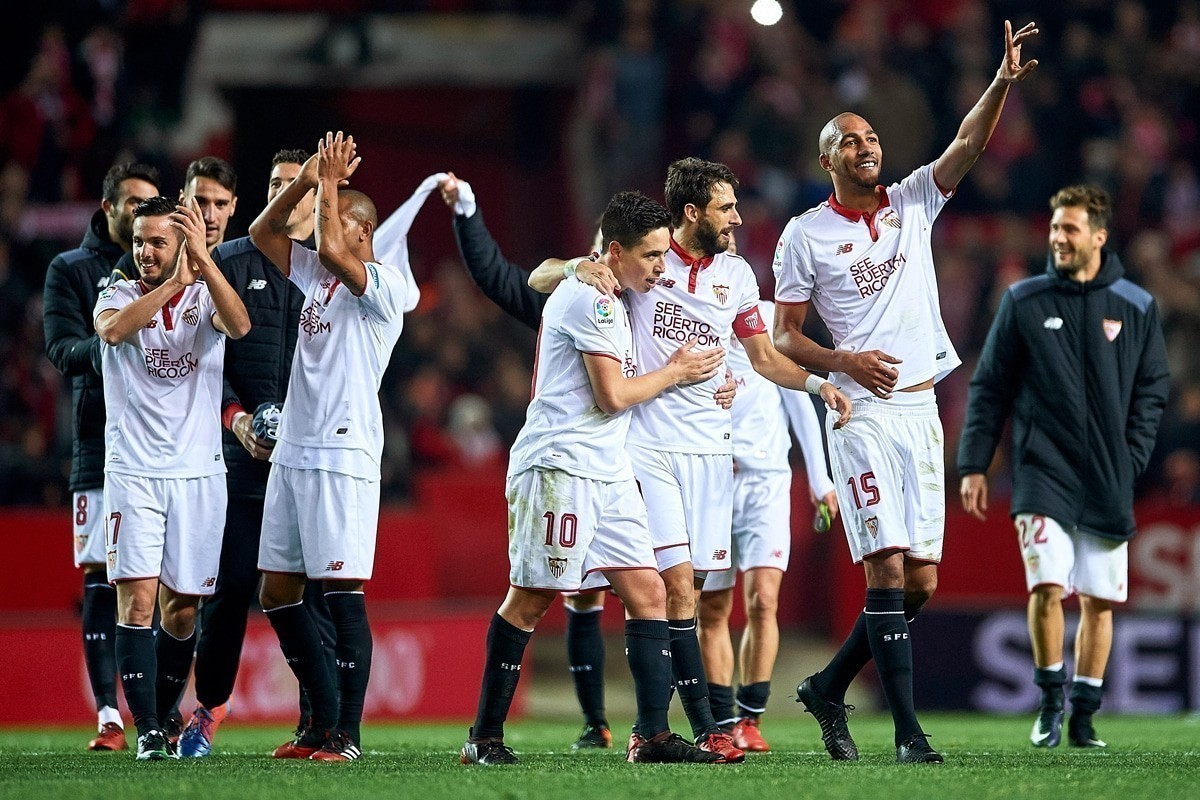 READ MORE: WHY A SEVILLA LOAN MOVE WOULD SUIT MARTIAL AND UNITED

Monchi’s ability to perceive opportunity has allowed Sevilla to constantly compete despite the departure of their most important players on an annual basis. This ability comes through concerted scouting, data accumulation and negotiation skill. Yet the former Sevilla youth academy graduate’s strategy does not begin and end in the summer and January transfer windows.

While Roma would benefit immensely from his transfer market knowledge, his approach to youth would also be integral to any plan. Over recent years, the Giallorossi have allowed a long list of exceptional academy talent to leave, including Italy international centre-back Alessio Romagnoli and dynamic central midfielder Lorenzo Pellegrini, both of whom are considered massive players in Italy’s future. Evidently, Roma’s youth system works, and Monchi could maximise that.

During his time at Sevilla, a mass of players came through the club’s academy before becoming starters for the first team. And, due to the club’s stature, many of those players moved on to bigger and better things. This list includes Sergio Ramos, José Antonio Reyes, Alberto Moreno and Jesús Navas, while current number one goalkeeper Segio Rico is another example. With Roma, Monchi would undoubtedly look to utilise the club’s higher position within Italian football to not only continue producing similar levels of talent from within, but keeping hold of them once they have broken into the senior squad.

As sporting directors go, few have shown a propensity for fostering long-termism and sustainable success in the way Monchi did with Sevilla. Even fewer have demonstrated they can work such wonders on a budget, promoting financial stability along the way. The fact he has worked so well within narrow parameters will again appeal to Roma, who have repeatedly frittered away money on players in failed bids to overthrow Juventus.

And overthrowing Juventus is the aim of the game. Italian football has been dominated by the Bianconeri, who are on course to record a sixth consecutive league title this season. That would break a long-standing record, and only increase the desire for change at the top of Serie A among non-Juventus supporters and neutrals.

Monchi hasn’t joined Roma yet, but the rumours won’t go away. If he does eventually make the move, his arrival would be the most significant non-playing signature in calcio over recent years. Additionally, it could be the most important thing to happen at Roma since the breakthrough of a young Francesco Totti in the 1990s.

SAMIR NASRI: WAS PEP GUARDIOLA TOO HASTY WITH THE MIDFIELDER?