Manchester City could be the latest club to benefit from the Atlético Madrid exodus if reports are to be believed.

Just weeks after it was claimed the reigning Premier League champions had plans to sign Saul, it is now believed Pep Guardiola has turned his attention to Rodrigo Hernandez.

The midfielder only joined the club from Villarreal last summer as the long-term successor to Gabi. The 22-year-old has adapted quickly to life at the Wanda Metropolitano Stadium, living up to his billing of the next Sergio Busquets.

Reports last summer claimed Barcelona wanted to sign Rodri but Atleti acted quickly to snap him up ahead of the La Liga champions, paying €20million plus €5million in add-ons for his services.

However, with a €70million release clause, Diego Simeone would be powerless to prevent him from leaving after just one year with the club if City decided to pay what would be a club-record fee.

Atleti are a team in transition. Lucas Hernández has already agreed to join Bayern Munich after the German's activated his €80million release clause. Deigo Godin is heading to Inter Milan and reports claim Antoine Griezmann has offered himself to Barcelona just 12 months after rejecting them to stay with Atleti.

Real Madrid are believed to be keen on centre-back Jose Giménez while Manchester United are now rumoured to be leading the race to sign Saul according to ESPN. There are even claims to suggest Inter are eyeing up Simeone in a bid to see him return to the San Siro.

Now could be the ideal time for City to convince Rodri that his future is at the Etihad as the successor to Fernandinho in the heart of the midfield. 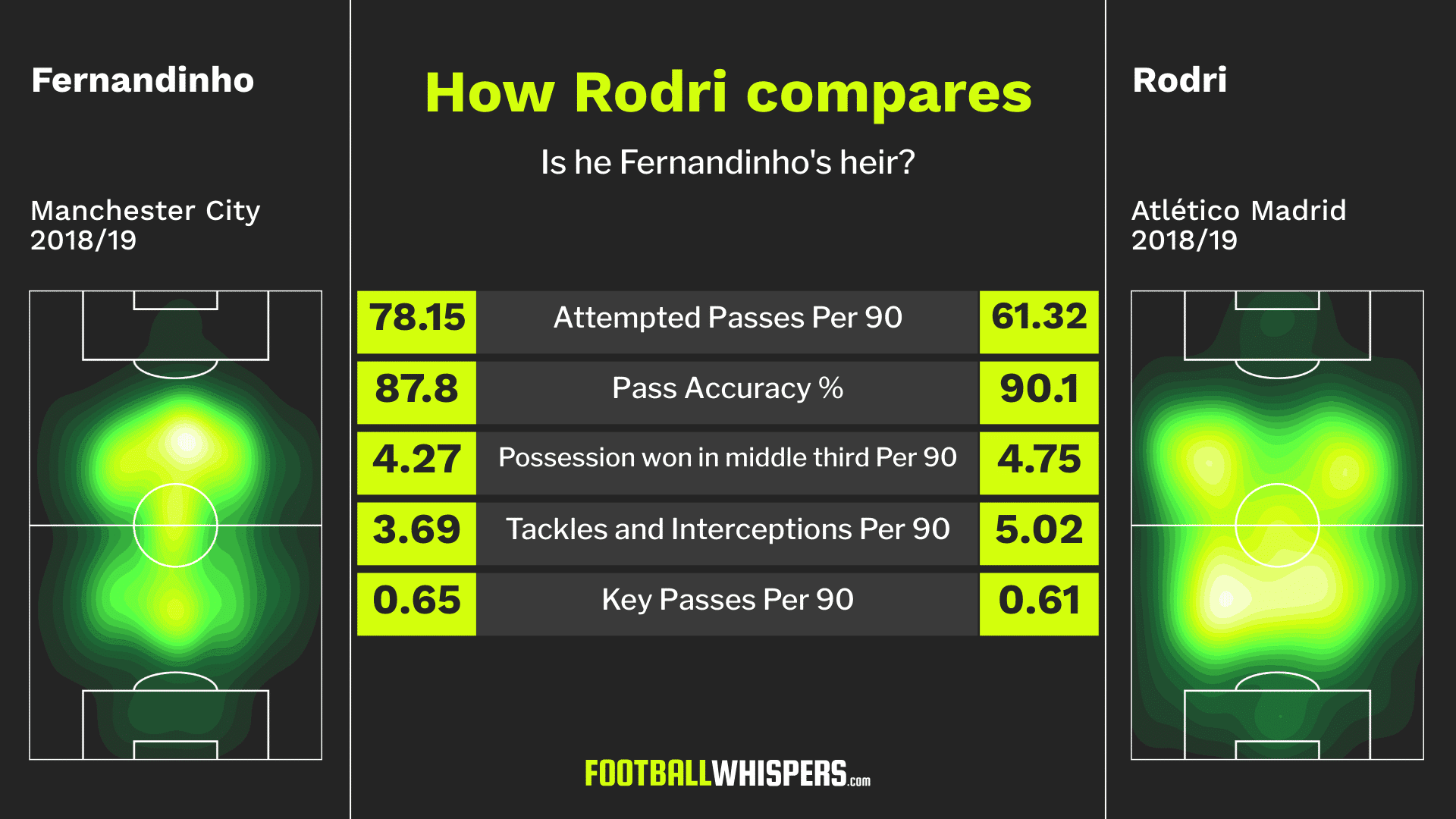 City have made no secret about the fact they need to replace Fernandinho sooner rather than later. The Citizens reportedly wanted to bring Frenkie de Jong to the Premier League but lost out to Barcelona. They also decided against signing Fred and Jorginho but the void has remained, and Guardiola is going to want to address it. .

As shown in the graphic above, Rodri seems to cover more ground whereas Fernandinho keeps his actions to the middle of the pitch. This will no doubt be influenced by tactics deployed by their respective teams but it does show they can operate in similar areas.

Rodri sees less of the ball with Fernandinho averaging 17 more passes on a per 90 minute basis, but the Spain international does trump the Brazilian when it comes to pass accuracy.

He also wins possession back in the middle third more often as well as making more tackles and interceptions. However, the latter stats will be reliant on how dominant a team are in possession.

Whereas City look to dictate the tempo, Atleti play more of a counter-attacking style.In terms of key passes, they're similar with the numbers they're posting. 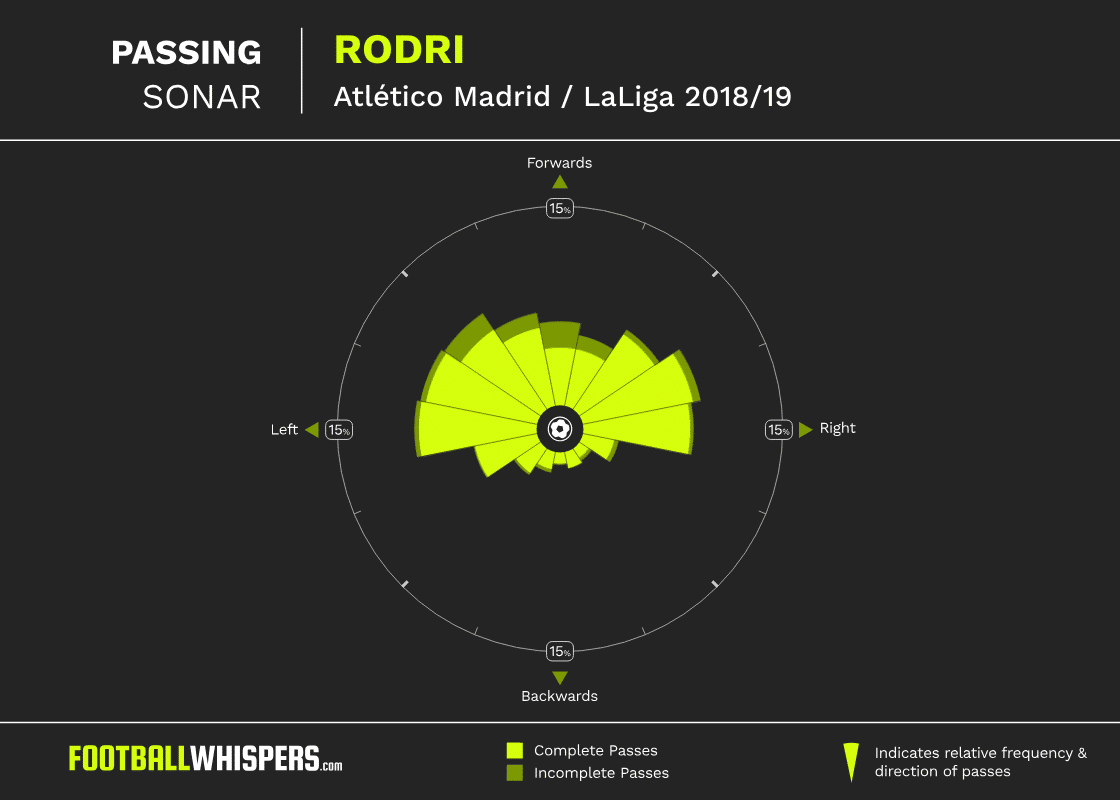 One thing to note about Rodri, though, is just how forward thinking he is as a midfielder. As shown in his passing sonar above, he's always looking to play the ball forward. It's often taken for granted that deep-sitting midfielders will always pass forward, with many opting to retain possession by playing a simple pass instead.

How the sonar coupled with his passing accuracy this season of 90.1 per cent shows that he's a progressive midfielder who gets the team onto the front foot but is also tidy in possession.

He sounds like the ideal man for a Guardiola midfield, and coupled with his off the ball work, it seems like a no-brainer for City to break their record to sign him.