Celtic are in limbo. They need attacking reinforcements if they’re to mount a challenge on all fronts but they’re not in a position to have three quality strikers on their books. It means Brendan Rodgers may have to get creative at various stages of the season.

He tried it during the 0-0 draw with Rosenborg when he used Tom Rogic as a false nine in the absence of the injured Moussa Dembélé and the suspended Leigh Griffiths.

And Rodgers may have to use a false-nine again this season if an attacker who ticks all of the boxes can't be found. But if they're going to do that then Rodgers should look at James Forrest in that role as opposed to Rogic.

While the 24-year-old Australian didn't disappoint, he's not ideally suited to the role.

Whereas Forrest, who isn't the most prolific by any means, could be more effective in such a position and his profile is one Rodgers has worked with before.

A false nine is not something the former Swansea City manager is unfamiliar with. Rodgers is an innovator and that is something which has been abundantly clear since he stepped into management, although it's something that’s often overlooked.

His time at Anfield, for example, ended on a sour note which made it easy to forget just how creative Rodgers was during his time with on Merseyside.

We’re talking about the little tweaks which had the tendency to go under the radar.

Not the switch to 3-4-3 which was viewed as a success by many fans but more how he turned Raheem Sterling, a speedy winger, into an intelligent attacking midfielder who was the perfect foil to Luis Suarez and Daniel Sturridge in a 4-4-2 diamond.

And how Barcelona transfer target Philippe Coutinho went from a left sided attacker into one of the best creative central midfielders in England during the 2013/14 season under his guidance.

But, of course not everything he tried worked out – see Lazar Markovic for details.

Rodgers' success stories at Liverpool, however, centred around two players; the aforementioned Coutinho and Sterling.

The pair had spells operating as false-nines, albeit brief ones. Interestingly though, Forrest shares several traits with the duo and this is why it's possible the manager can tap into those to unleash Forrest in a more central position.

Rodgers opted to use Sterling in that role because his pace created space for others and that benefited Liverpool on the whole.

He wasn't the best in the penalty area and missed the occasional sitter but his impact was obvious. Liverpool looked more potent even with a blunt(ish) object leading the line.

But his explosive acceleration stretched the opposition and his selfless running caused problems.

It all started in a match against Manchester City. Leading the line for the Reds, Sterling played as a false- nine against his future employers and had the defence on strings throughout the game.

His performance, flanked by Adam Lallana and Coutinho, had many supporters believing they'd found a replacement for Sturridge.

Similarly, Rodgers once plumped to use Coutinho as a false-nine in a home match against Newcastle. The Reds won and although the Brazilian was never used there again, if left a lingering ‘what if' feeling.

While he's different in style to Sterling, Coutinho managed to carve out openings for his teammates just like the Englishman through the manipulation of space.

The 26-year-old Scottish international isn't in the same league as Sterling or Coutinho talent wise. That's not the point here.

But what he could do for the team in a central position is why he'd Rodgers could give the responsibility of leading the line.

He's shown countless times during his career that he is a selfless runner and he will graft for the team – he's not one to give up on a pass.

Forrest is also direct in his style which is where the comparisons to Sterling take root. When he makes a movement he often does it at pace and it unsettles the defence. This in turn creates opportunities for others to exploit. 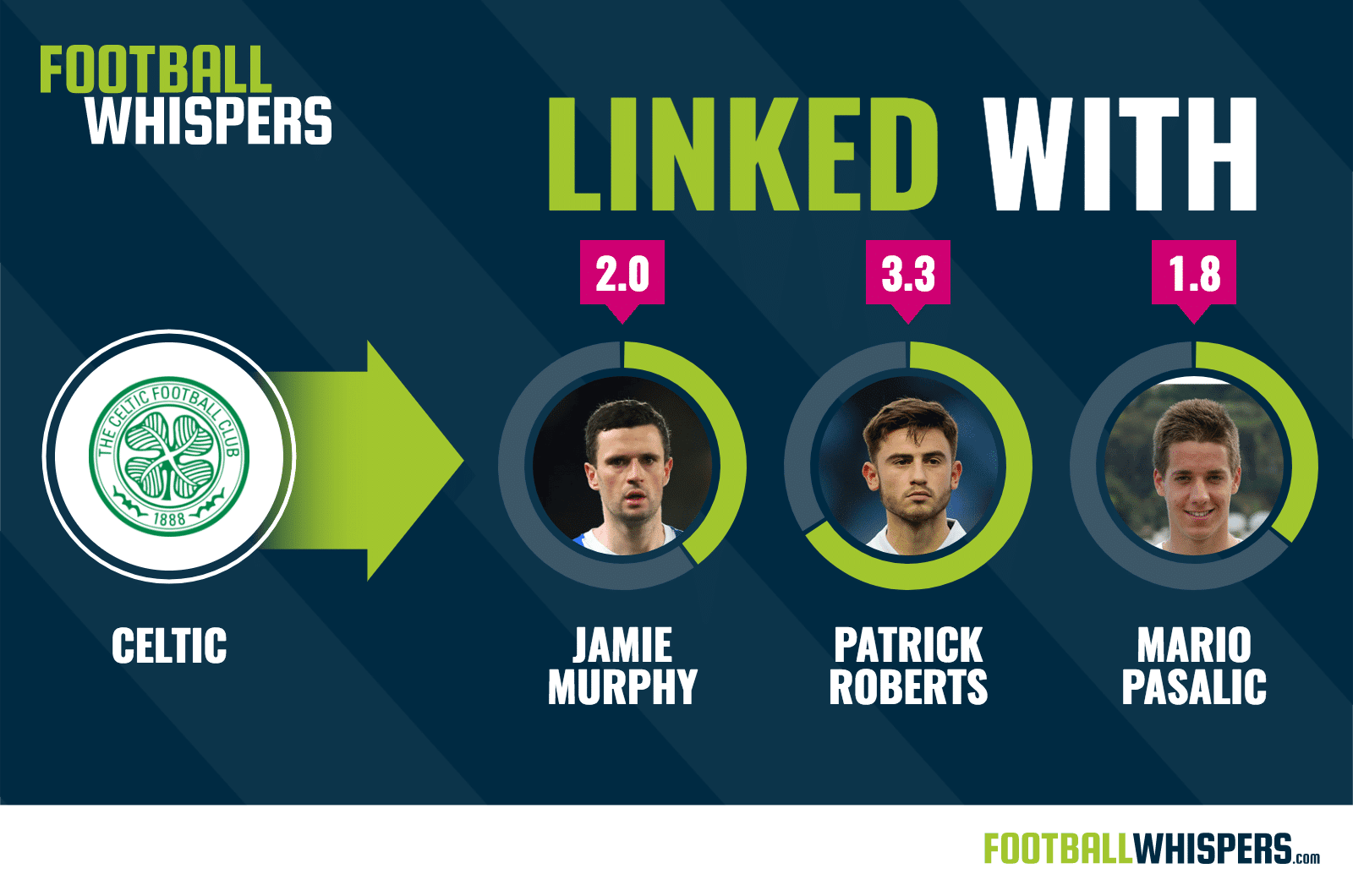 In the form of Scott Sinclair, who looks right at home on the left of the attack, and new signing Jonny Hayes, Celtic have players able to make the most of the space presented to them.

Stand off of Forrest and he's able to use his quick feet to beat you and then put on the after burners to really leave the opposition in his wake.

Hayes was quoted earlier in the week as saying his team-mate terrified him: “On his day, nobody can touch him and if he goes and plays that role through the middle in midweek, he can do more than just a job,

“He’s got a terrifying turn of pace. Inside, outside, I’ve always been a big admirer of James — and he was outstanding up front.

“He is a very underrated player. I don’t think he gets the credit he deserves. He knows when to keep the ball and is of the highest calibre, having been at Celtic for almost a decade.

“James kept Paddy Roberts out the team for a long time last year and that shows how good he is.” said the former Aberdeen winger.

Having operated across the frontline throughout his time at Parkhead, Forrest knows how to pick up space and drag the opposition out of position. It's what he'd be tasked with as a false-nine.

He's not going to bag you 30-goals a season but his haul of 14 last term shows he can put the ball in the back of the net. So it's an experiment Rodgers should try out this season.