Craig Gordon’s tale of the past few years is about as compelling as they come. Once the most expensive goalkeeper in Premier League history, joining Sunderland for £9 million in 2007, he not so long ago found himself on the footballing scrapheap. There appeared to be no way back for him. Now, he is preparing to go an entire domestic season unbeaten while clinching the treble as Celtic’s number one.

Indeed, the story of how Gordon wound up without a club after leaving Sunderland as a free agent is well known in Scotland. Injuries crippled him, meaning few would even offer him a contract. The goalkeeper was doing some coaching with Scottish Championship side Dumbarton just to establish a way back into the game.

Then Celtic, looking for a replacement for Fraser Forster, invited Gordon for a trial. The goalkeeper spent a number of weeks training with the Hoops before being offered a two-year deal with the option of another 12 months on top of that. At that time, he hadn’t featured in a competitive match for more than two years. It was an almighty gamble by the Scottish champions. 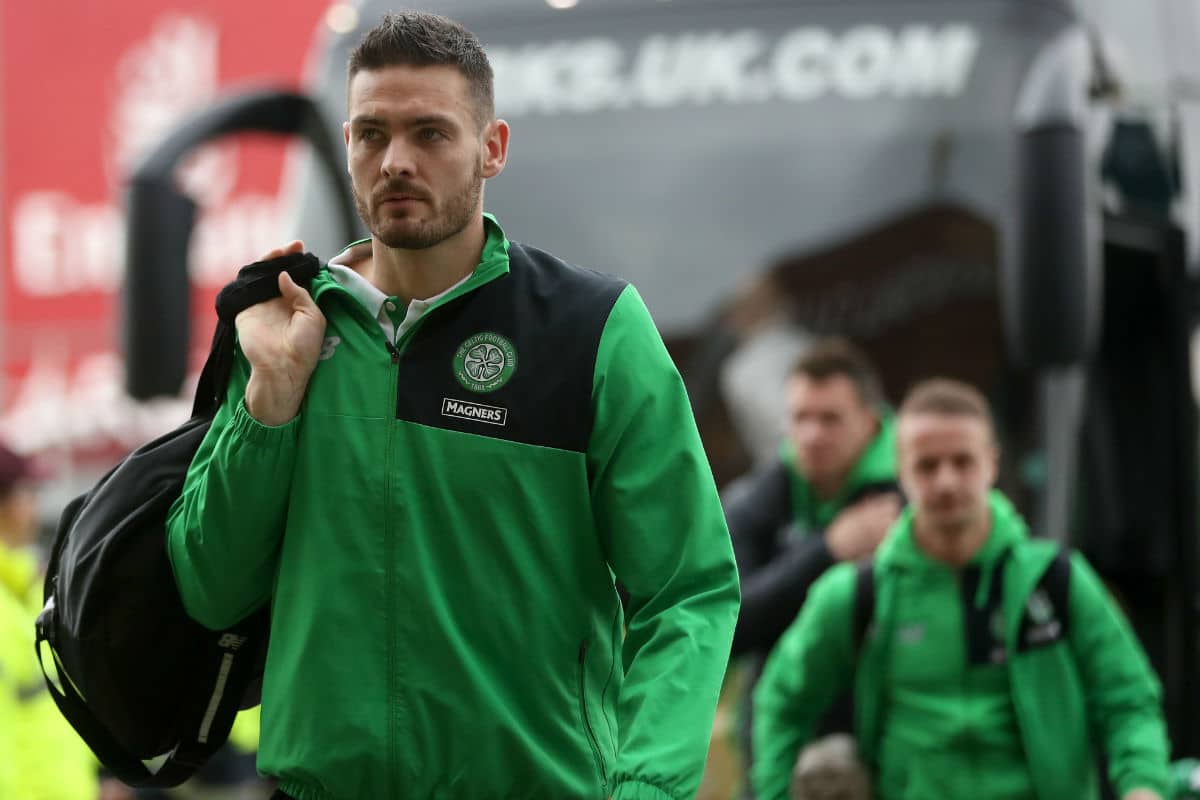 It’s a gamble that has paid off, though. Gordon has been a brick wall for the majority of the 2016/17 campaign, overcoming the mistakes he made earlier in the season to become a mainstay of a Celtic team on the brink of achieving history.

The treble has long been something of a mythical prospect for the Glasgow club. One more win this weekend will see them achieve it for the first time since 2001. That would be the greatest symbol of Gordon’s career redemption.

But even in the microcosm of this season, Gordon has achieved redemption. After a couple of mistakes early in the campaign, Brendan Rodgers decided he wanted a goalkeeper who was more comfortable with the ball at his feet. Gordon had always been an exceptional shot-stopper, but he isn’t a keeper in the mould of someone like Manuel Neuer or Real Madrid transfer target David de Gea.

A place of his own

And so Dorus de Vries was signed from Nottingham Forest and installed as Celtic’s first choice between the posts. It was a position the Dutchman held for seven matches, starting the watershed 5-1 demolition of Rangers in the first Old Firm derby of the season and the 7-0 mauling at the hands of Barcelona at the Camp Nou.

De Vries’ personal watershed came in a match against Kilmarnock. Celtic finished the game 6-1 winners, but the goalkeeper was beaten by a strike from the halfway line by Souleymane Coulibaly. After that, Gordon reclaimed his place and hasn’t let go of it since, becoming the goalkeeper Rodgers always wanted him to be.

“He is a player that, with all due respect, when myself and my staff came in here he was a far cry away from what he is now as a goalkeeper,” Rodgers explained earlier this year, underlining the improvement in Gordon’s game over the course of the season. “He has gone away and worked on how we want him to play and has got himself into the team and has been absolutely brilliant, first class.”

There’s a case to be made that Gordon is at the peak of his powers right now. It should be recalled that he was once considered one of the best in the Premier League but there’s a certain authority to his play that wasn’t there before.

Celtic’s attacking prowess has been much lauded under Rodgers but it should be noted that their defensive record also makes for impressive reading, conceding just 25 times in 38 Scottish Premiership games. Gordon is a big reason behind that record. 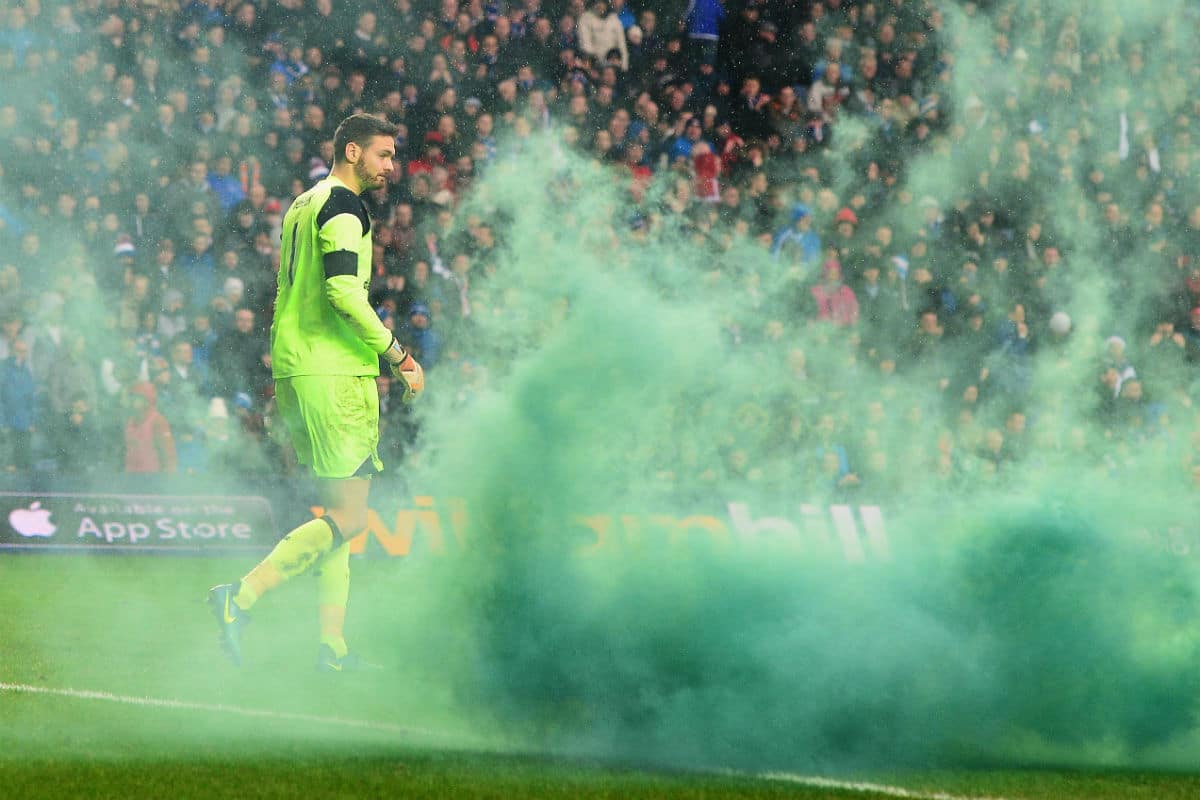 Perhaps the greatest mark of Rodgers’ success at Celtic this season is the way in which he has improved the performances of so many at the club. James Forrest, for one, has benefited greatly under the tutelage of the Northern Irishman, with Stuart Armstrong also becoming a key figure when not so long ago it looked like he might leave the club. 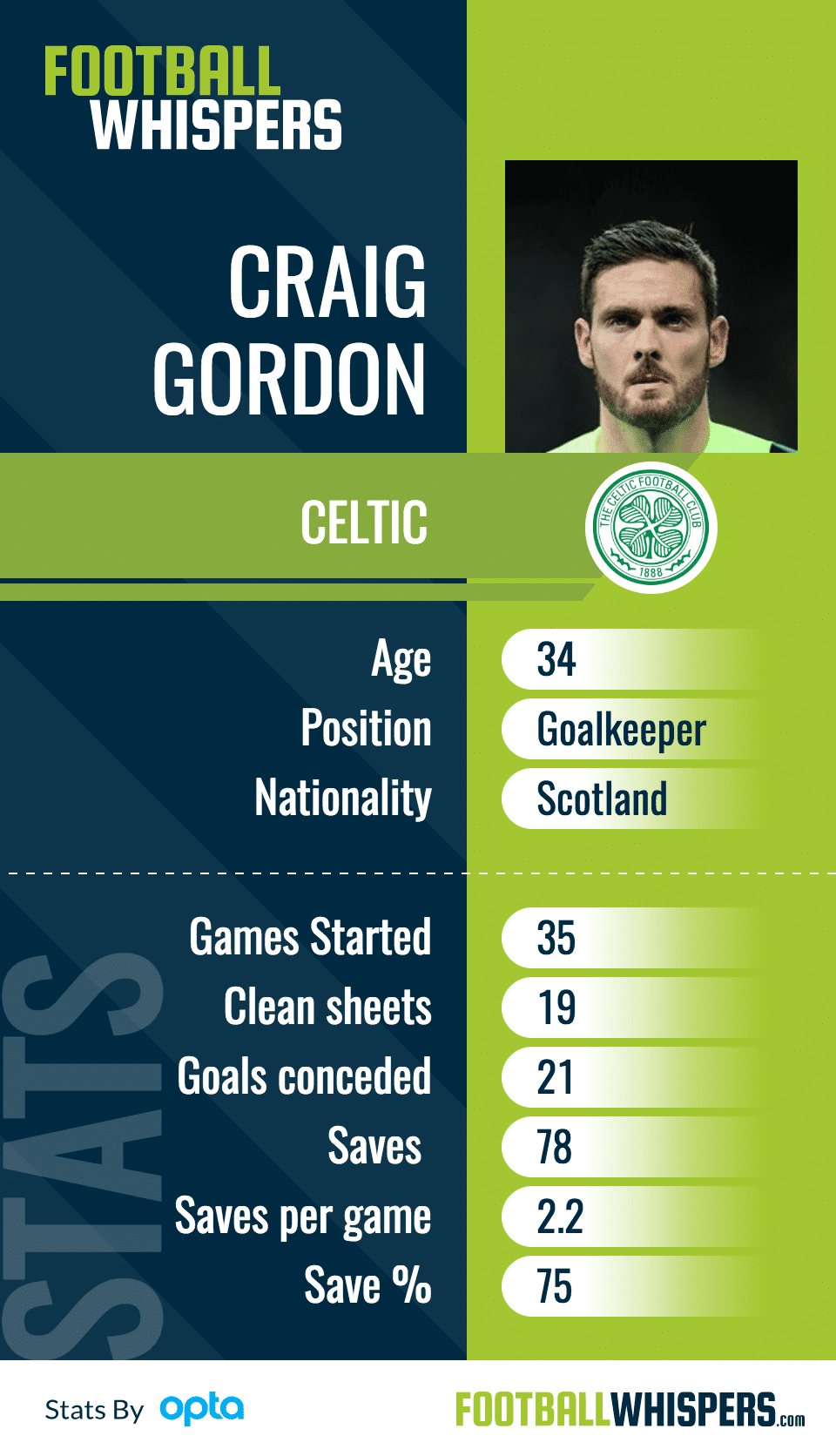 Gordon’s name should be added to that list. Rodgers might not boast a background in goalkeeping, with the shot stoppers at Celtic largely working with their own individual coaches on a separate area of the training ground, but the former Liverpool boss has undoubtedly played a big role in the improvement of Gordon.

The eulogies of this season will be long, particularly if Celtic beat Aberdeen in Saturday’s Scottish Cup final. In those eulogies the achievements of individual players will be regaled. The time Moussa Dembèlè netted a hat-trick against Rangers, the time Scott Sinclair scored on his debut, the time Armstrong turned into the most improved player in Scotland. The contribution of Gordon should also be a part of the eulogy.