The transition between Pep Guardiola and Carlo Ancelotti has not been quite as smooth as Bayern Munch would have hoped.

Granted, the Bavarians are still top of the Bundesliga table a game shy of the halfway stage, but that has become very much par for the course having been crowned champions of Germany in each of the last four seasons.

After the high-intensity, possession-heavy mantra of the Catalan tactician, a certain degree of drop-off was to be expected when the laid-back and tactically loose Ancelotti took over.

And Bayern are still winning games, after all. They are safely through to the knockout stage of the Champions League and have suffered just a single defeat in league competition.

But where would Bayern be were it not for the consistency of Robert Lewandowski? 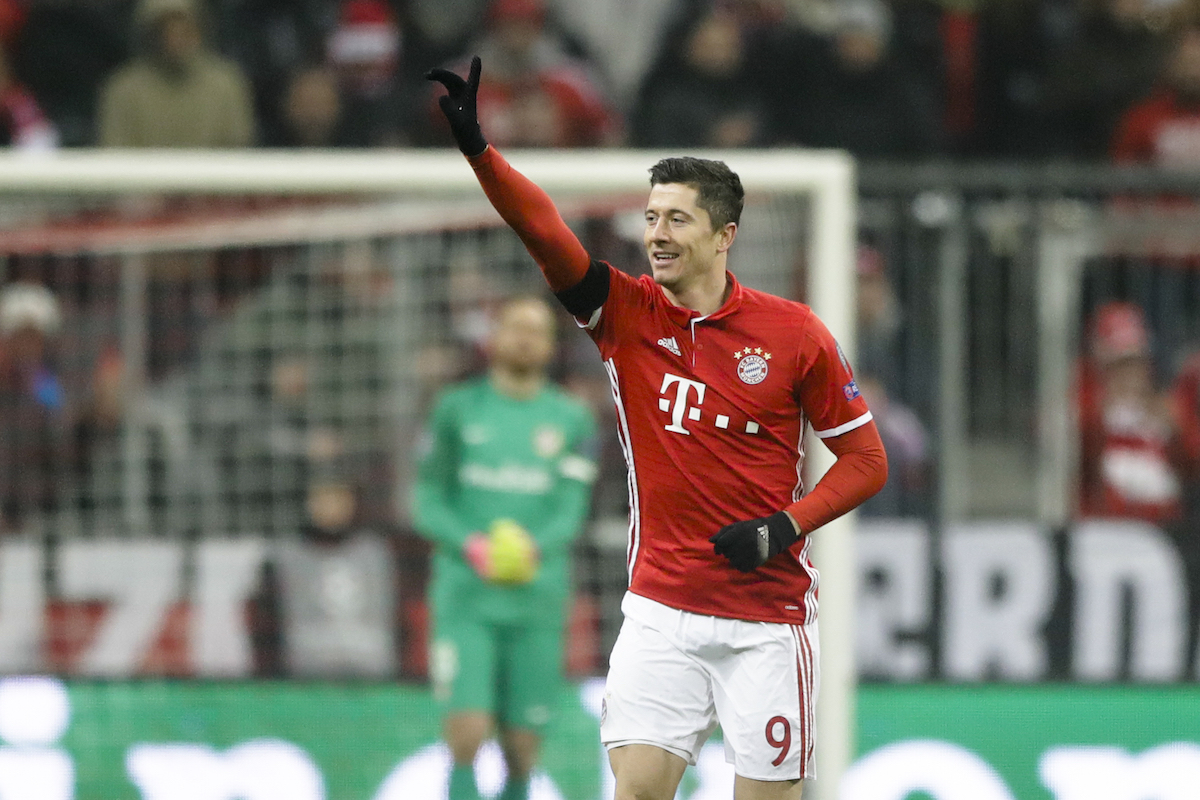 This season, despite the upheaval at his club, the ever-dependable No.9 has continued to do what what he does best: put the ball in the net.

After a somewhat disappointing European Championships campaign with Poland over the summer, there would have been some anxiety inside the Allianz Arena over how their star striker would react to the methods of the new coach, and whether he remained as committed to the club as before.

There were rumours of serious interest from Real Madrid, with the player’s representatives believed to have held tentative talks over a deal that would have been worth in excess of £70million.

But any such fears were allayed when the former Borussia Dortmund poacher penned a new five-year contract in December, tying him to Bayern until 2021.

“I’m very happy the negotiations yielded a positive result and that I’ll stay at Bayern for a few more years. We still have ambitious goals,” the player said upon signing his bumper new deal.

Those ambitious goals no doubt include winning a first Champions League with the club. Lewandowski was on the wrong side of Bayern’s last European triumph in 2013 as a beaten finalist with Jurgen Klopp’s Dortmund.

They had been among the favourites to lift the famous trophy again throughout Guardiola’s tenure, but the former Barcelona coach was unable to progress beyond the semi-finals.

Ancelotti, a three-time Champions League winner, was brought in with the express aim of going one step further than his predecessor, and he’ll be relying heavily on Lewandowski’s talents as he aims to do so. 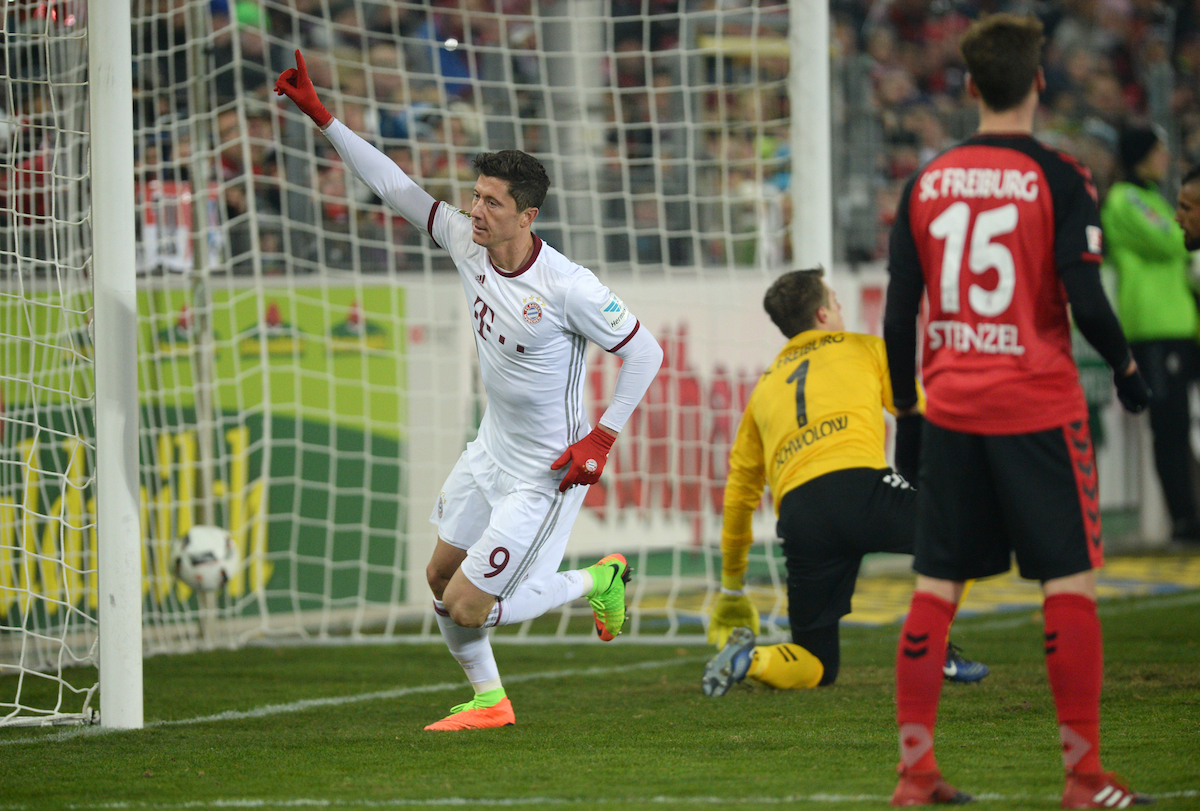 At 28, the Polish marksman is in his prime and widely regarded as one of the very finest pure strikers on the planet, with Barcelona’s Luis Suarez perhaps the only man to hold a legitimate counter-claim for that distinction.

Strong, fast, blessed with a tremendous first touch and as a deadly a finisher as you will ever see, Lewandowski in the complete package. He’s even recently added free-kicks to his arsenal of goal-scoring weapons.

While Bayern have struggled to rediscover their identity under Ancelotti, with a worrying inconsistency and vulnerability beginning to set it, their striker has, time and again, come up with the goods. He always seems to keep up his end of the bargain.

Thomas Muller has looked a shell of the player he can be this term, while Xabi Alonso and Philipp Lahm are approaching the end of their respective careers.

With such key players underperforming, Lewandowski has picked up the mantle, becoming FCB’s talisman.

In Bayern’s first game since returning from the winter break, they travelled to Freiburg. A tricky proposition but one they would ordinarily negotiate without spilling too much sweat.

However, they went a goal down to a fourth-minute Janik Haberer strike. Lewandowski pulled Bayern level just after the half hour but the Bavarians entered stoppage time at end of the game with the score still tied.

Just when it appeared that vital points were about to be dropped, that RB Leipzig would be ushered back into the title race, Lewandowski produced a moment of outrageous skill to steal all three points for the reigning champions.

Taking down Franck Ribery’s hanging left-wing cross on his chest, 12 yards out and surrounding by defenders, Lewandowski flicked the ball up with his right foot before volleying it into the bottom corner with his left. 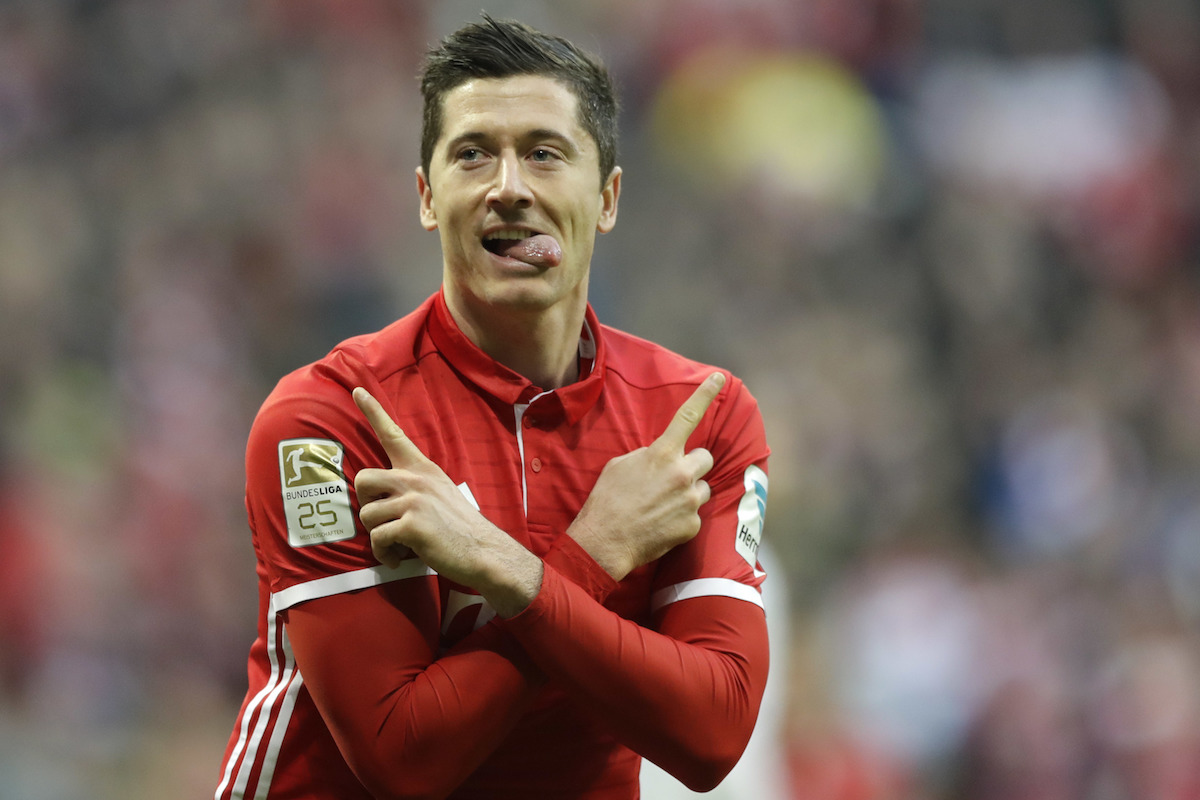 It was a stunning goal worthy of settling any tie, let alone a freezing Friday night fixture in Freiburg.

With 22 goals to his name from 26 games already this term, it would be no surprise to see the prolific forward match, if not better, his career-high return of 42 from last season.

As long as he saves a few of those strikes for the latter stages of the Champions League, Ancelotti will be more than happy,

“He's one of the best strikers in the world, it's as simple as that,” said the Bayern coach when Lewandoski’s contract extension was announced ahead of the winter break in December.

A simple fact, but one worth cherishing.