Arsenal’s switch to a back three at the end of last season raised a few eyebrows. There was even a basic explanation of the formation on the Arsenal website, looking at its strengths and what influenced Arsène Wenger’s decision to switch systems after all these years.

“Having gone 20 years and more than 1,000 matches without using a three-man defence, Wenger surprised everyone by switching to that system for the 2-1 victory at Middlesbrough last week.”

The 3-4-3 was used for eight league games and boasted an impressive record of seven wins and one defeat. Unfortunately the defeat came against North London rivals Tottenham Hotspur but aside from that blip it was a successful venture.

The system also brought FA Cup glory when it was used at Wembley in Arsenal’s semi-final victory against Manchester City, and their final win over Chelsea which denied the league champions a double.

Robert Pires on Arsenal & The Champions League… by FootballWhispers

One of the stand-out players in the new setup, along with right wing-back Alex Oxlade-Chamberlain, was centre back Rob Holding. The Englishman played in eight of the ten games which used the formation, and didn’t feature in the loss at Spurs.

“I’ve played once before in a back three and it was actually here [at The Riverside Stadium] on my Championship debut with Bolton,” he said after the Middlesbrough game, where he played on the left of the three.

“You’ve just got to keep working together and communicating and as long as you keep sliding across as a unit then you’re alright.”

Though he was used on the left in that first game, he went on to play on both the outer edges of the trio showing his versatility, and both the awareness and technical ability to switch sides.

While Gabriel Paulista and Nacho Monreal might have been considered the players most suited the the right and left centre back berths, Holding performed better than both when give the opportunity, just as Per Mertesacker turned out to be better than Laurent Koscielny in the central role.

These performances give Holding every right to think that he’s at least the second centre back on the team sheet for Arsenal, whether in a back four or a three, and their displays in the FA Cup final hinted that the club’s best pairing in a two would be Holding and Mertesacker.

The duo compliment each other well, and despite the 32-year-old German’s decision to retire at the end of the 2017/18 season he could find a new lease of life alongside the 21-year-old Englishman.

Holding’s own future could be shaped by the formation used during the new season. Koscielny appears to be Wenger’s number one centre back, while the club will also be looking to justify the £35million spent on Shkodran Mustafi even though the German is yet to live up to the billing he was given prior to his arrival.

At England under-21 level he’s also behind Calum Chambers, and as his compatriot is now back at the club following a loan at Middlesbrough last season, he could face further competition.

For Holding to get game he might have to hope that Wenger sticks with the 3-4-3 formation which saw out last season, and there have been promising signs in this regard, with it being used during pre-season. 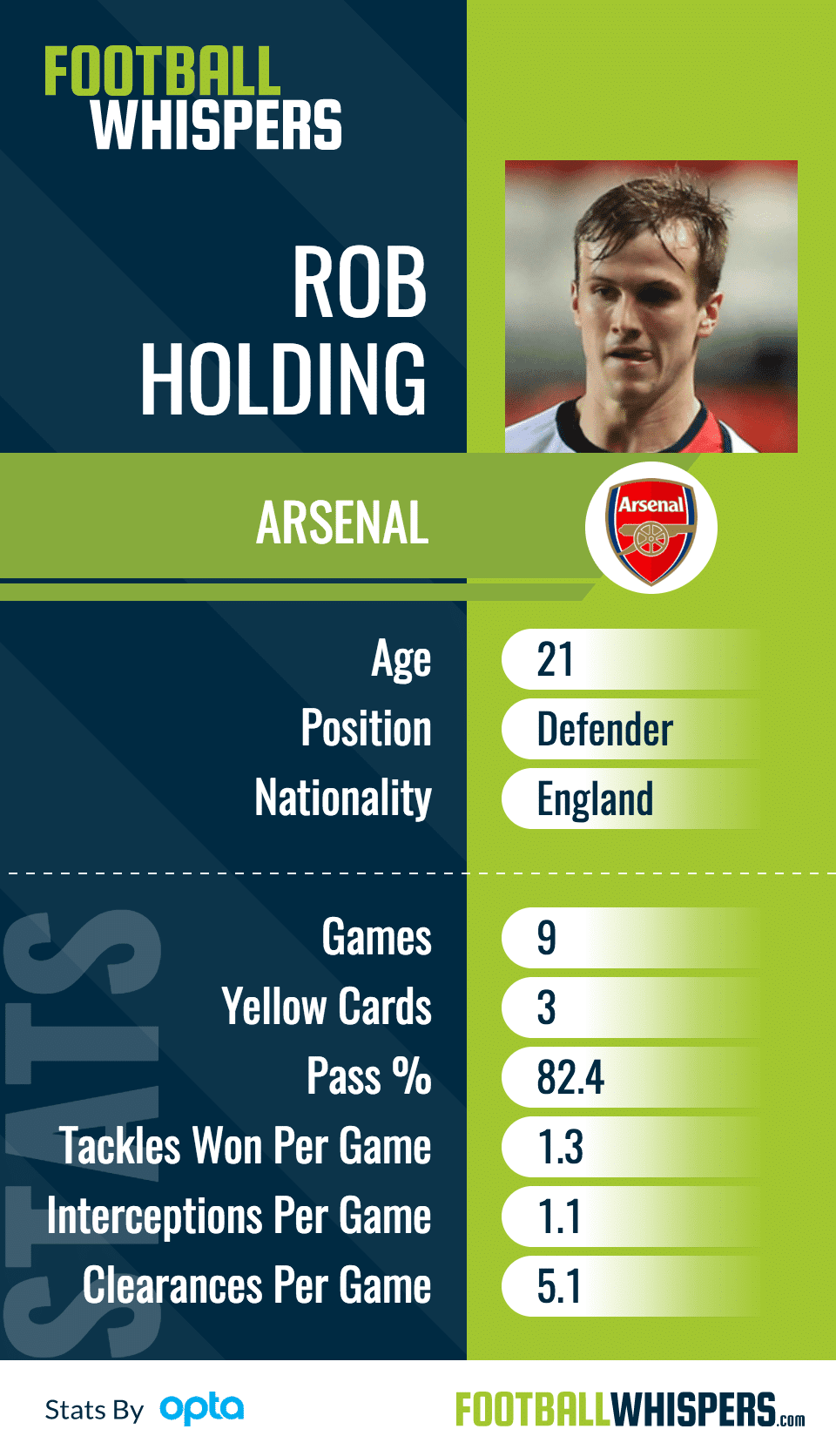 Arsenal have even had Mohamed Elneny filling in at centre back during early friendlies, so this suggests that now Holding is back in training following his late end to the season due to being part of the England under-21 squad, a place in defence is there for the taking.

Now Sead Kolašinać has come in to shore up the left back position, it seems Arsenal will spend the rest of the window pursuing extra firepower to compliment Alexandre Lacazette in attack, and to make up for the impending departure of Alexis Sánchez.

It’s likely that Holding’s current competition for a place in the side will be his only competition, with no further signings expected in the centre back position. It’s now up to him to carry on where he left off last season, continuing his impressive form to oust his team-mates at Arsenal before beginning to work his way into the reckoning for England.

With the increased activity brought about by the Europa League it’s likely that there will be plenty of game time to be had for those on the fringes of the squad. The former Bolton man, however, might hope that he’s one of the players rested for these games, playing a more prominent role in the bigger league games and in the latter stages of cups. If the 3-4-3 is here to stay, there’s a good chance Holding will be too.