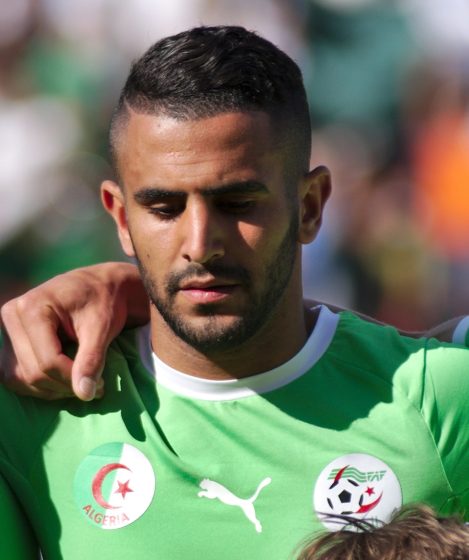 Manchester City are enjoying another phenomenal season. Pep Guardiola’s men sit pretty at the top of the Premier League, and are also into the semi-finals of the Champions League.

The boss has generated huge fanfare and joy around the Etihad this season. And that is largely down to an insanely talented squad of players

While the attacking stars get all the credit for the fancy football no show, it should be remembered that the City defence are just as crucial to Pep’s style of play. They not only build the passing foundations, but keep things tight at the back to allow the forward players their freedom in the final third.

But one such attacking player that deserves huge plaudits is Riyad Mahrez. The winger is undoubtedly a crucial piece in Guardiola’s dazzling overall puzzle, but does he get the credit – and indeed the playing time – he deserves?

The Algerian is well known to Premier League followers by now. He first appeared on English soil in January 2014, joining Leicester from French side Le Havre. The attacker played a key role as the Foxes clinched the Championship trophy, with Mahrez scoring three goals from his 19 appearances.

A first step into the English top-flight followed, with the tricky winger scoring four goals in 30 appearances in his debut Premier League campaign. The club staged a miraculous recovery to stay in the division, a somewhat different story to what would happen the following season…

The 2015/16 campaign began with Mahrez signing a new deal at the club, before netting a brace in the season opener against Sunderland. Two more goals arrived in the following two matches, with a hat-trick against Swansea in December not only putting Leicester top of the table, but earning the winger the title of the first Algerian to score a Premier League hat-trick.

The winger netted 17 goals in total as Claudio Ranieri’s outfit clinched an unforgettable league title, with Mahrez himself named in the PFA Team of the Year, as well as being named the PFA Players’ Player of the Year.

Two more seasons with the Foxes followed, but his desire to leave the club was finally granted when a £60m offer from Man City arrived in the summer of 2018. Guardiola needed some attacking firepower, and he couldn’t ignore a player who had 48 goals and 38 assists in 179 appearances for Leicester. 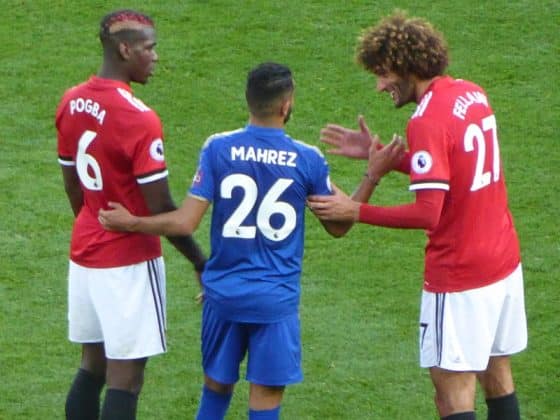 Since joining the Manchester outfit, the Algerian has been simply unstoppable. He may not always find the headlines, but he’s rarely out of the equation when City find the back of the net.

The winger has already overtaken his tally for both goals and assists from his time at Leicester. He’s played just six more matches, but has 62 goals and 46 assists. And his lethal creating abilities for City are from over.

But getting into that starting XI is no easy feat. Mahrez is competing with the likes of Bernardo Silva, Gabriel Jesus, Raheem Sterling, Phil Foden and Jack Grealish for a spot in the squad, never mind a starting role.

Even midfielders Kevin De Bruyne and Ilkay Gundogan have been thrown into Guardiola’s attacking mix, sometimes at the expense of Mahrez. The Algerian is undoubtedly strongest on the right-wing, cutting in onto his favoured left foot, before delivering a cross or finding the back of the net himself.

But sometimes versatility is a requirement under Pep, and perhaps his lack of that characteristic is what lets him down. Or it is simply because Guardiola prefers to utilise his other attackers more often. The boss may also want more goals from such an attacking player, but it is never easy to tell with the Spaniard.

Mahrez has started just 13 of City’s 33 Premier League matches this season. The winger has come off the bench in 12, and didn’t feature at all in seven. And the Algerian missed another two games due to the Africa Cup of Nations.

The forward has, however, had more luck with game time in the Champions League this season, starting 10 of the club’s 11 games so far. He was also awarded minutes in this year’s FA Cup and League Cup competitions.

The stats behind Mahrez’s super season so far

First and foremost, Mahrez is City’s top scorer this season in all competitions, by some margin. He has 23 goals from 43 matches. De Bruyne is next in the list with 15.

Moreover, as reported by BBC Sport, the winger is also miles ahead when it comes to Goals per 90 and Minutes per Goal. For the former, his figure is 0.77, and for the latter, it is 117. No other City attacker comes close.

And even in a broader sense, in the Premier League, only the incredible Mohamed Salah has a better Goals per 90 and Minutes per Goal ratio than the City star this season. Salah boasts figures of 0.76 and 119 respectively, slightly ahead of Mahrez’s 0.74 and 121 respectively. 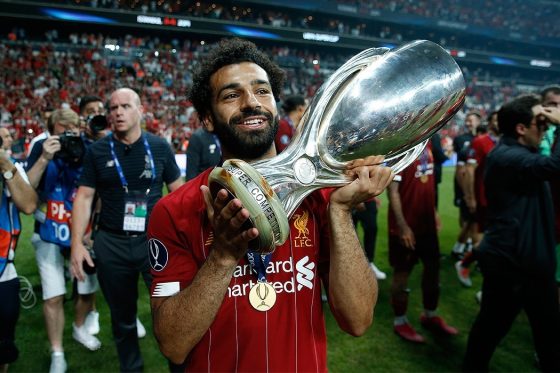 Do Man City have the best squad in world football?

With all their talented players across all areas of the pitch, one can make a strong argument that City have the best squad in world football. They are covered in every position, with reserve players ready to step up when called upon.

But City’s new rivals Liverpool now also have a hugely competitive squad. Not so long ago, the Reds were some way off fielding 11 world-class players, never mind a full squad of talented stars.

But Jurgen Klopp has changed that dramatically, with his goalkeeper, defenders and attacking options now right up there among the very best. Perhaps it is just a midfielder that the German needs to complete his squad.

Liverpool certainly have a few youngsters ready to step up to the mark, but the club are perhaps seeking a more experienced successor for the recently departed Georginio Wijnaldum.

Real Madrid, of course, also have a long, long list of fantastic players at their disposal. The elder statesmen of the team are still going strong, but the Spanish side are more than prepared for their departures in the coming years. Bundesliga outfit Bayern Munich are another club who are never too far away from the squad depth conversation.