It's tough work making predictions when both the involved teams are in quite frankly rubbish form. River Plate have won one out of their last five games with Independiente Santa Fe faring even worse with no win in six. For River Plate those five games include a trio of draws (albeit the last one ended in a penalty shootout defeat) whilst their visitors have recorded three ties in their six game winless run. Of those draws mentioned, one of them was the last meeting between these sides. A draw keeps River Plate in the driving seat for second place; that's why they'll take it.

Independiente Santa Fe have found goals hard to come by of late. They've only scored three goals in their last five games with none of them seeing more than one goal per match. That does mean they've failed to score in two matches but River Plate are not great defensively with just two clean sheets in 10. As such, we're backing Independiente Santa Fe to find a way through particularly after the created a few chances in the last match between the pair.

Not a game for the ages

In regards to the outcome of group D, this game is a big one. If you're a neutral fan then we're not sure how enthralling it will be. River Plate have seen 10 goals in their last five games – an average of 2.0 per match – but five of them all came from one win. The other four games in that period all game in shy of the 2.5 goals mark. Independiente Santa Fe have also seen 10 goals in their last five but with three games going over the all important cut off; they key thing to note in that regard though is most of those goals have not been scored by Independiente Santa Fe. With River Plate not scoring at will, it looks like a low scoring game lays in wait.

A dull draw but good enough for River Plate…maybe

With qualification to the knockout phase of the Copa Libertadores at stake Independiente Santa Fe cannot afford a result that isn't them winning this match. Unfortunately, there is nothing in their recent form that suggests they're about to spring that surprise on us all. River Plate will want to win but depending on how the game unfolds, they'll settle for the draw as it will make them favourites to join the probable group winners – Fluminense – in the next round. 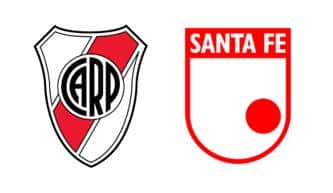