When Manchester United won the European Cup on May 29th 1968, it didn’t just confirm their place as the greatest team on the continent, it was also the ultimate tribute to the 23 individuals who had perished on an icy runway in Munich some ten years before, as they pursued a trophy that would ultimately become the most sought-after in football.

It’s hard to imagine now, what with the wall-to-wall global coverage, huge sponsorship deals and perennial clamour for teams to qualify for the tournament at seemingly any cost, but the European Cup (now the Champions League) wasn’t always the biggest ticket in town.

The newly formed competition had been created in 1955 after a number of experimental tournaments from various nations proved to be a huge success, though incredibly, English champions, Chelsea, were denied entry by the Football League's secretary Alan Hardaker, who was a strong believer that it was in the best interests of English football and football in general for English teams not to take part.

Manchester United manager Matt Busby, however, was something of a visionary and saw just what a competition that pitted the best sides in European football against each other could offer fans and players alike. He was determined that his side would play in the new European Cup at any cost, but the extent of that cost nobody could have foreseen.

After making their somewhat short-lived bow in the competition in 1957, winning the First Division, a second successive title the following season meant they would once again be able to take their place at the top table with Europe’s elite and have another crack; but still without the blessing of Hardaker and the Football League.

The authorities felt that playing games mid-week would only compromise the English football calendar, but forward-think Busby disagreed and continued to lead his team on three fronts during the 1957/58 season; which saw his young side, known as the “Busby Babes,” progress to the quarter finals of the European Cup against Red Star Belgrade.

But the run wasn’t without problems. After the second leg of the tie with Dukla Prague in the Czech capital, the team was due to fly back to Manchester the following day, but heavy fog meant they were forced to travel back via ferry from Holland to Harwich and then by train up to Manchester to fulfil their fixture with Birmingham, which they could only draw 1-1.

Eager for the same thing not to happen again and give Hardaker more ammunition, the club chartered a plane for the flight to Belgrade as they defended a 2-1 first leg lead. A 3-3 draw saw them through to the semi final, but keen to return for the weekend’s game with Wolves, the team wasted no time heading back, only for the elements to intervene again. 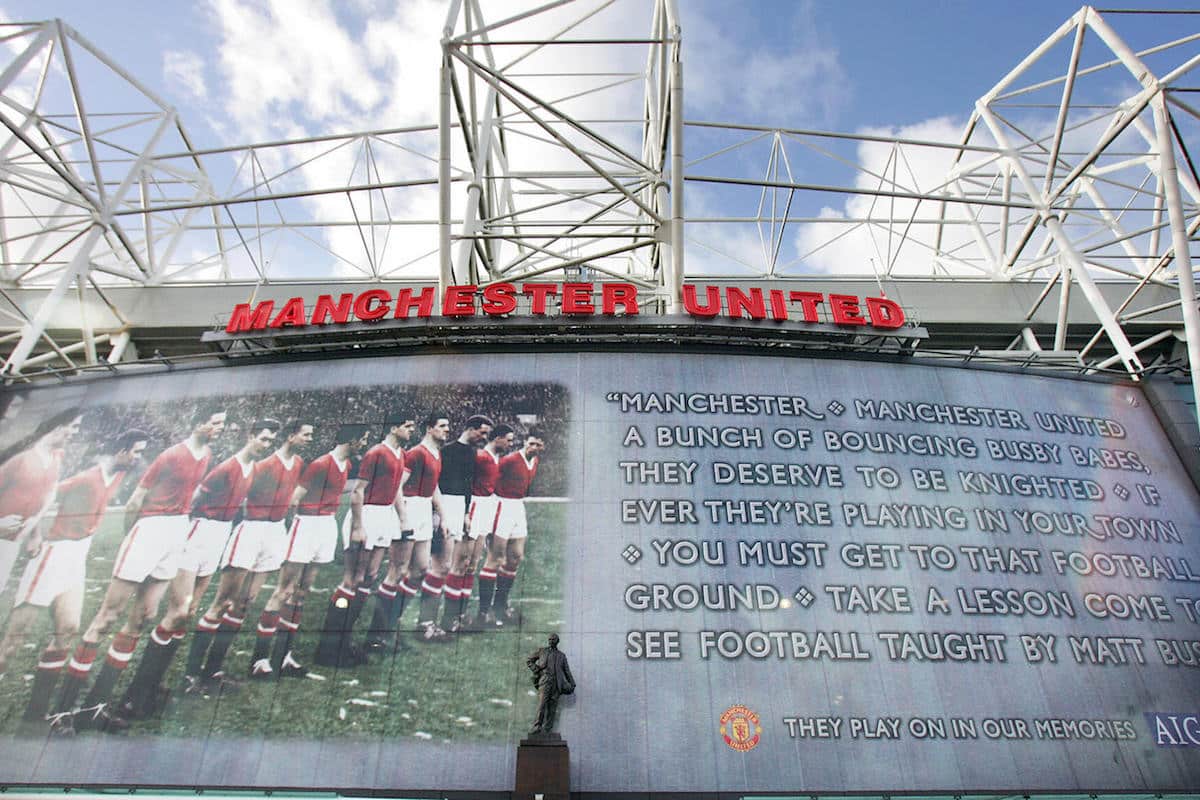 After a routine fuel stop in Munich United’s plane had attempted twice to take off in the snow and ice that had descended on the airfield and most expected them to delay the journey for 24 hours as the weather closed in. But under increasing pressure from the Football League one last attempt was made just after 3pm but they never made it.

In their efforts to get back to Manchester, 23 people, including eight of the “Busby Babes” would lose their lives as the BEA Airspeed AS-57 Ambassador smashed into a house at the end of the runway after it failed to get off the ground in the slush. The club’s pioneering spirit had cost them in the most tragic way possible.

The crash cost the lives of great talents such as Duncan Edwards, Eddie Coleman and Liam Whelan while Matt Busby would be so severely injured he was twice given the last rights. Several players, including Bobby Charlton and Bill Foulkes would survive and eventually play again – but what happened would, naturally, have a lasting effect on the club.

After re-assembling a side, which consisted of youth players, loanees, volunteers and new signings, United started to find their feet again and incredibly won the First Division title just seven years later. Reaching the semi finals at their first visit since having half the team wiped out was an astonishing feat, but nothing compared to what followed next.

Another title in 1967 enabled United to mount an assault on Europe once more, exactly ten years after the tragedy in Munich. Few wanted to say it, but triumph would not only lay the ghost of what happened that terrible day, it would also be the greatest achievement yet for a side who were fast becoming the most successful in the country despite their loss.

Wins over Maltese side Hibernians, Sarajevo, Górnik Zabrze and Real Madrid in an epic semi-final that eventually saw the Reds run-out 4-3 winners on aggregate meant that United had reached the final, something of an achievement in itself; but everyone involved in the club, particularly Busby knew that failure to become the first English side to lift the huge trophy simply wasn’t an option.

What’s more, the final that year would be played at Wembley stadium against Portuguese champions Benfica, a side containing Eusebio, Coluna, Torres and Augusto, to name just a few. But spurred on by an overriding desire to pay a fitting tribute to those lost at Munich, they were no match for United that night in front of a crowd of over 100,000.

A relatively uneventful first half ended goalless as both sides appeared to feel each other out in the early stages of the contest with few chances of note, but United knew that, at 0-0, they were still in with a chance and in Busby’s assistant manager they had something of a secret weapon up their sleeve.

Murphy had rebuilt United from the wreckage of the crash in Munich as Busby lay in a German hospital and is widely regarded as being the man who saved the club, but his work wasn’t done and his rousing team-talk during the interval that night is thought by many to have made the difference when it came to the club’ crowning glory as survivors Bobby Charlton and Bill Foulkes listened on intently. 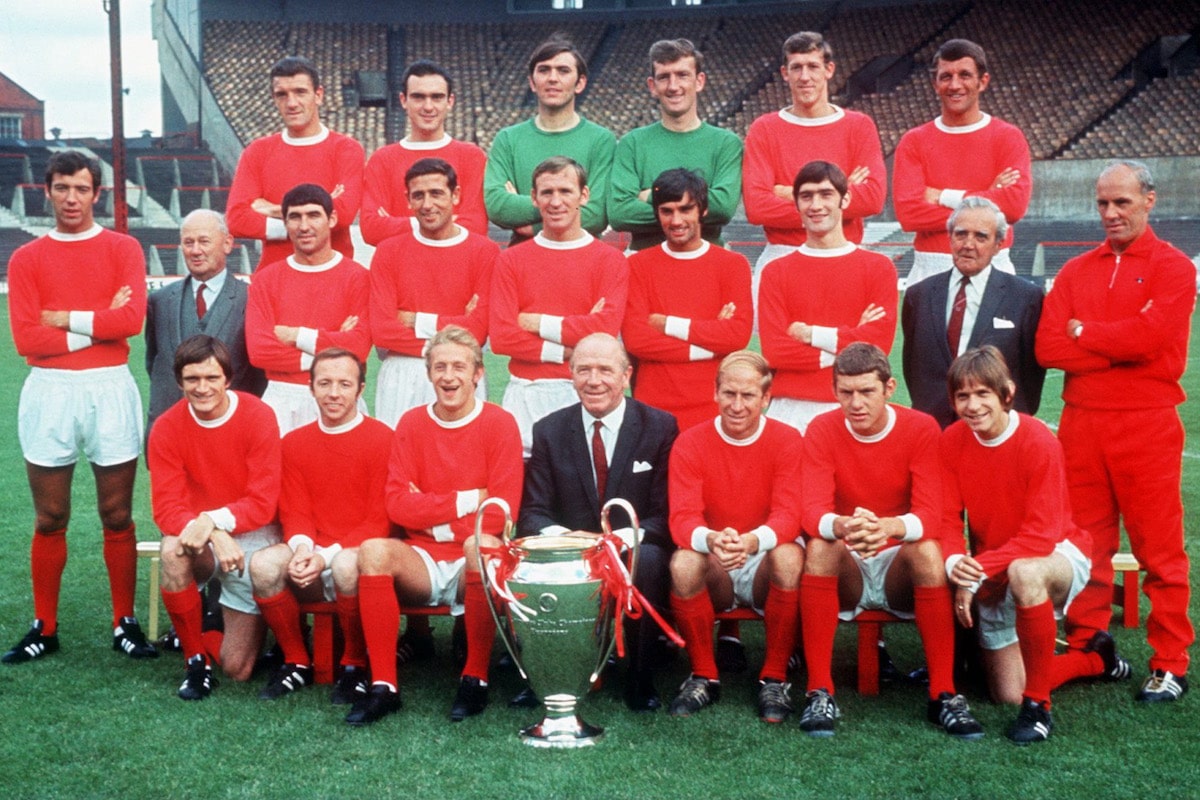 With just eight minutes gone in the second half, Murphy’s words seemed to have done the trick when Bobby Charlton’s glancing header put United in front after a fine cross from David Sadler. The ground seemed to erupt in relief and joy in equal measure as the players rushed to congratulate each other from all over the pitch.

Following the first goal United missed chances to put the game beyond doubt with ‘keeper Henrique standing firm in the Benfica goal. And their wastefulness would be costly when, with just 11 minutes remaining, Graça snatched an equalizer.

In the dying minutes Eusebio had a glorious chance to win it for Benfica when he was put clean through with only United keeper Alex Stepney to beat. Stepney denied him and Eusebio, truly one of the all-time great sportsmen, responded by applauding his opponent.

The final whistle went soon after to signal extra time and once again United had to rally, calling upon every ounce of energy they could muster in their tired limbs as Murphy and Busby tried their best to keep the spirits up with encouraging words. 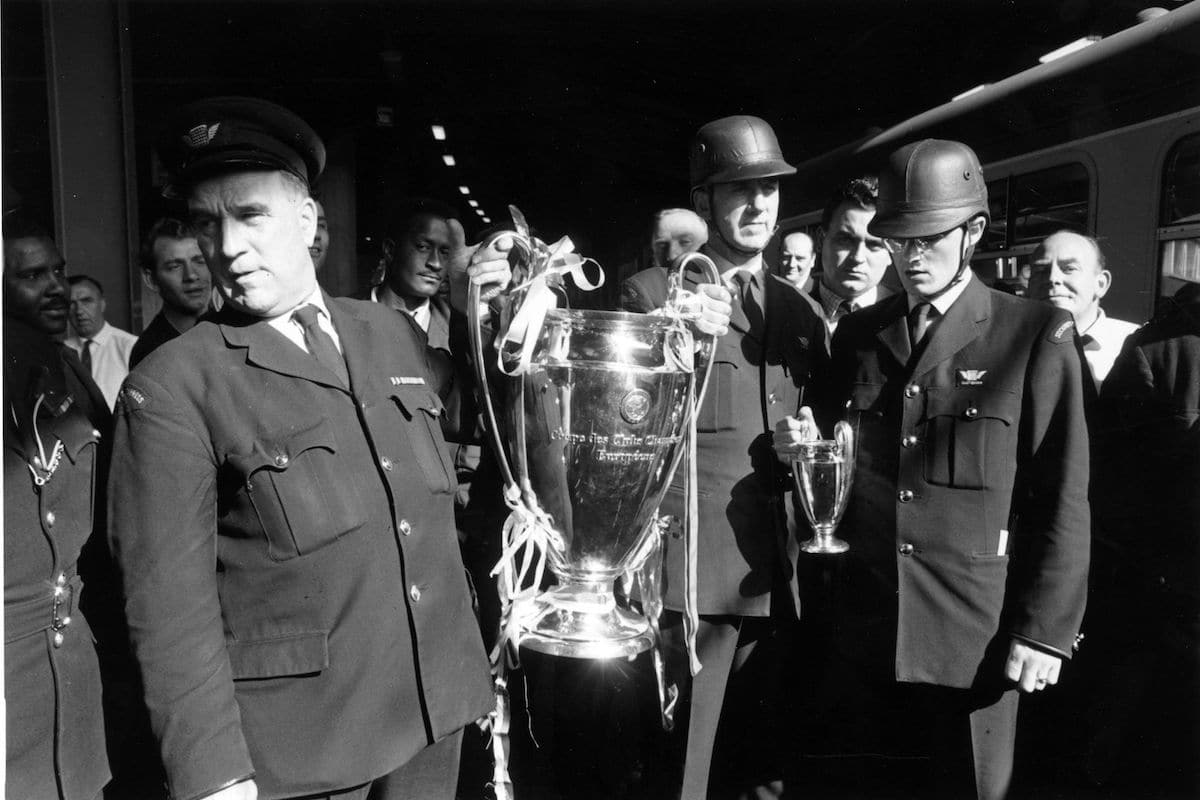 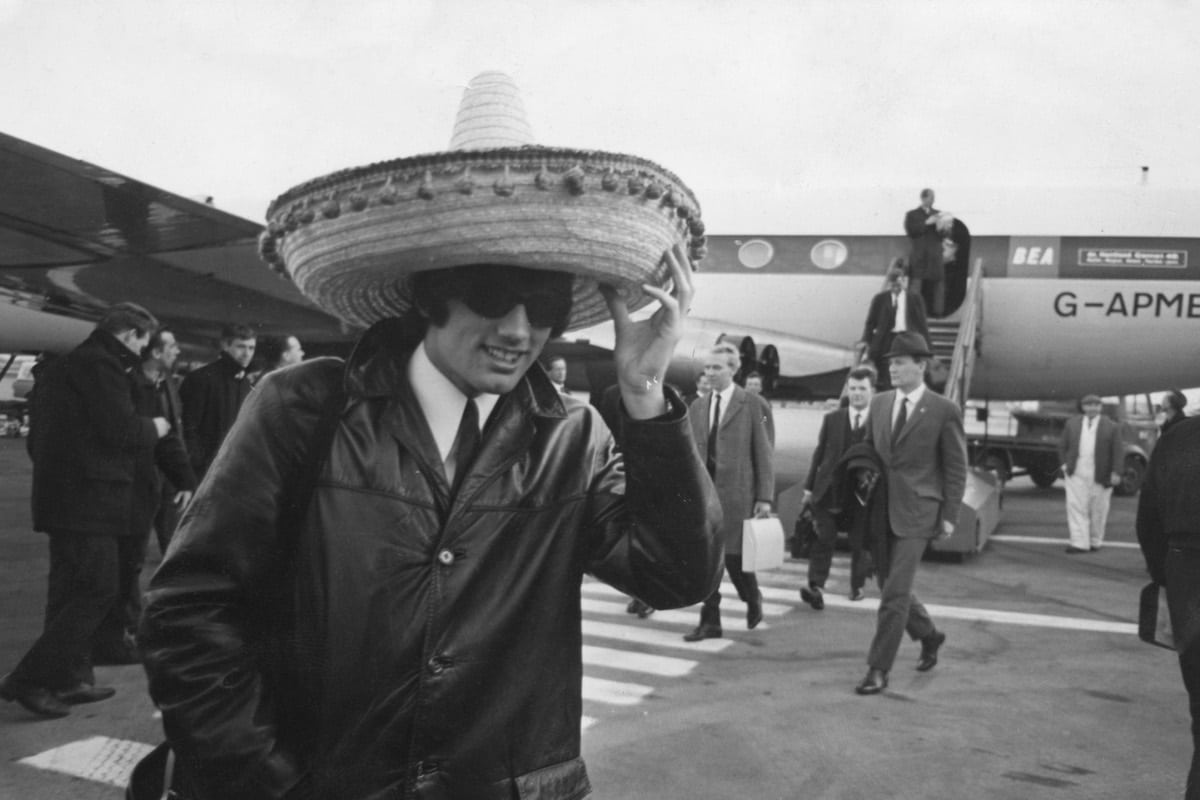 As the extra 30 minutes started on a warm and sultry London night, somewhat surprisingly, it was the Portuguese team who succumbed to the balmy conditions. After a smart passing move which started from the back George Best eventually found himself with only goalkeeper Henrique to beat. In true Best fashion he calmly rounding the ‘keeper and slotted the ball home.

“For a split second I did think about stopping the ball on the line and then backheeling it in to the goal,” he admitted later. “But the defenders were coming at me too quickly so I just put it in the net.”

Just moments later it was Brian Kidd’s time to shine, and on this, his 18th birthday too. As a corner was headed back into the box it fell to Kidd, who diverted the ball goalwards, only to be denied by the ‘keeper, but the ball sat up nicely and he was able to react quickest and head in United’s third which all but secured victory. 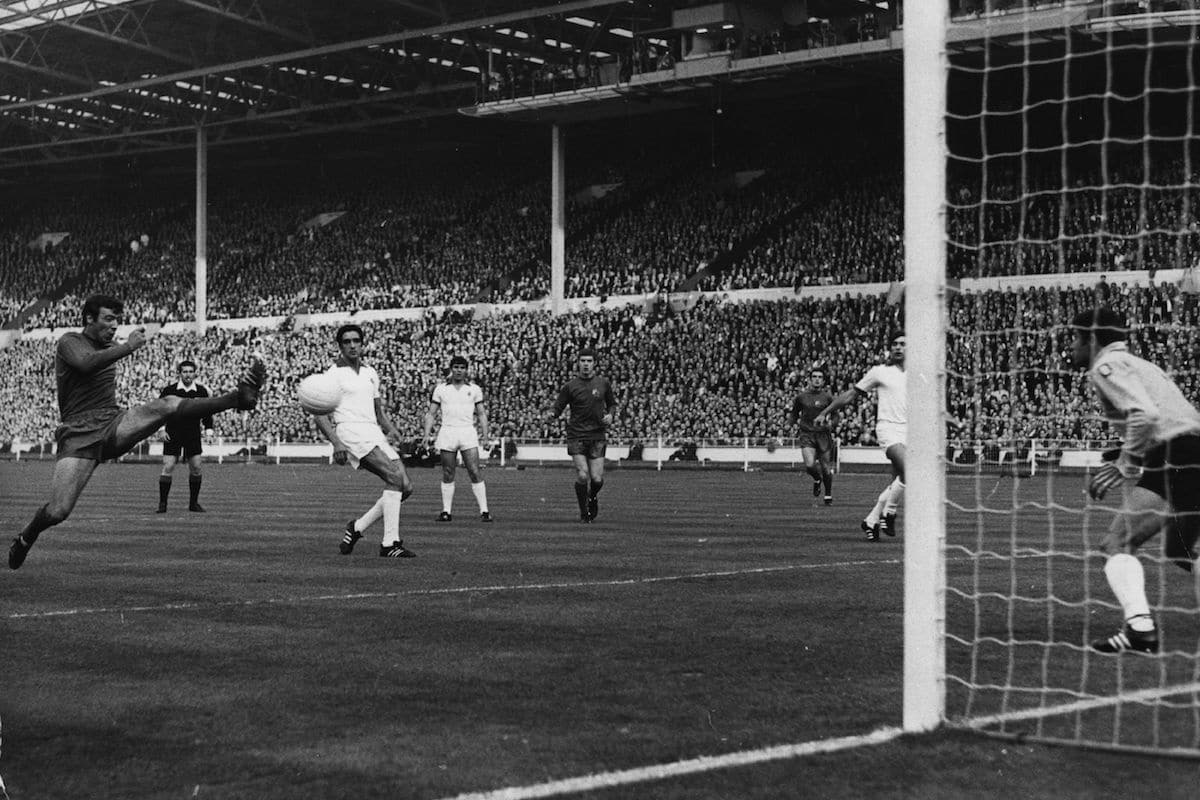 Fittingly, it would be club captain and the man who was badly injured himself at Munich, Bobby Charlton, who was on hand to steer the ball home for United’s fourth and the final goal of the game. United had finally done it and Charlton and Bill Foulks, the only other survivor on the pitch that day climbed the famous Wembley steps to collect their fitting reward.

“I recall what it meant to embrace team-mates who had been involved for so long,” said Bobby Charlton in his autobiography. “Especially Bill Foulkes because, like me, he had been on the snowy airfield and seen our team, our friends, destroyed.”

Busby had triumphed through tragedy and defied death to claim his ‘Holy Grail' in the form of the European Cup, while United had achieved something few could have imagined just a decade before; they had become champions of Europe despite the adversity they faced along the way but for many, their legacy goes further than simply winning the European Cup.

“They've done us proud. They came back with all their hearts to show everyone what Manchester United are made of,” said United’s manager Busby after the game. “This is the most wonderful thing that has happened in my life and I am the proudest man in England tonight.”

By striving to play in the competition when many others, including the governing bodies at the time, were against the idea and openly critical of their participation, they paved the way for English clubs to compete against the best around and in doing so raised the profile of a competition which today is seen by those lucky enough to win it, as the pinnacle of their career.