Eric Bailly’s Manchester United career began promisingly. But the Ivorian defender’s fall from grace has been as rapid as his rise to prominence.

Bailly has started just three times in all competitions since the turn of the year, and his future at the club, given Ole Gunnar Solskjær appears to favour a centre-back pairing of Phil Jones and Chris Smalling, looks increasingly bleak.

When Bailly joined United for £30million from Villarreal in the summer of 2016, he was a young defender of great potential, highly rated at his previous club, who he had helped to a top-four finish in the 2015-16 La Liga campaign.

The following season, his first at United, he continued to perform well, managing 38 appearances in all competitions and playing his part in a stingy, disciplined back four. José Mourinho’s side conceded just 29 goals in the Premier League, and Bailly was at the heart of an impressive defensive unit.

The Ivory Coast international was quick and strong, read the game intelligently and tackled well. There was room to improve, of course, but he looked an astute signing, a player capable of developing into an elite centre-back.

That, unfortunately, has not happened. Instead, Bailly has been disrupted by injuries and inconsistency. Mourinho, before he was sacked in December last year, appeared to have lost faith in all of his defenders.

Bailly managed a total of only 18 appearances in all competitions last season, and it has been a similar story this campaign. He has started just seven Premier League games, the last of which was a 1-0 win against Leicester in early February.

Given Solskjær’s hints, after last weekend’s 4-0 thrashing at Everton, that there will be a summer rebuild, it looks quite likely that Bailly does not have a future at United. His position has been made more precarious, too, with both Smalling and Jones signing new contracts. 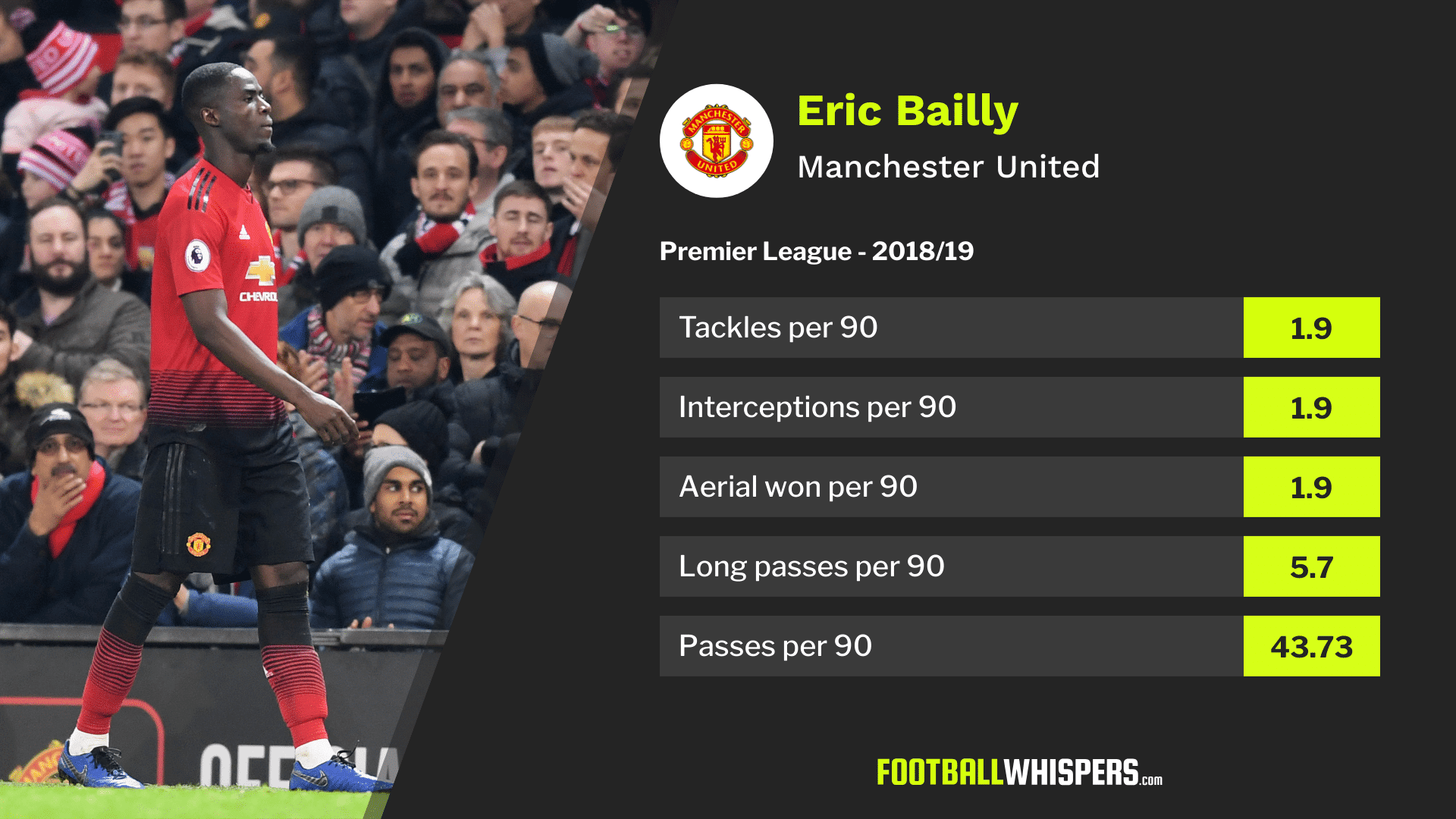 Bailly is under contract until 2020, so it may be that he gets another chance to prove himself. But there is reported interest from elsewhere: Arsenal, Tottenham, and Real Madrid have all been linked with a move for the 25-year-old. It could be in the best interests of the player to get out while he can, to attempt to reignite his career somewhere else.

The tumult at United this season has not helped Bailly – nor any of his teammates. When he has played, he has lacked confidence, struggling to find any form in a dishevelled and disorganised team.

It will be frustrating for Bailly, too, that he has been unable to force his way into the starting XI despite United’s recent defensive woes. Jones and Smalling have hardly been exceptional, while Victor Lindelöf has shown promising signs but has struggled for consistency.

Bailly, then, might feel understandably aggrieved at having been cast aside. He was a key figure two seasons ago, albeit still a player with a raw streak and plenty of defensive nous still to acquire. That he has not been able to build on that is not entirely his fault.

He is not likely to feel sorry for himself, though. Bailly’s rise to the top, despite the difficulty of the last two years, remains impressive. As a teenager, he worked as the manager of a telephone box in Abidjan, the Ivory Coast’s capital city, earning almost nothing and spending all of his free time playing football.

He went for several trials, eventually catching the eye of Espanyol scout Emilio Montagut as a 17-year-old in 2011. From there, he joined the Catalan club, breaking into the first team by 2014. Then it was on to Villarreal, where he would earn his lucrative move to United.

Bailly’s career was on a constant upward trajectory, but it has now tailed off. Whether it is by forcing his way back into consideration at United, or making a move elsewhere, he must now find a way to get back on track.