Eyebrows were raised when Everton splashed £40million to sign enigmatic Brazilian forward Richarlison from Watford in the summer.

The 21-year-old, who the Hornets only bought from Fluminense a year earlier, shone brightly in the early months of last season before his performances petered off as the campaign wore on.

It was seen as a continuation of the (mostly) misguided spending Everton had embarked upon in the summer of 2017, then, when they agreed to pay seemingly over the odds for Richarlison.

However, three months into the 2018/19 season, it is already clear that the Toffees have landed a bargain in the Brazilian.

Whether starting as a wide forward or leading the line as a central striker, Richarlison gives the Everton attack flair, dynamism and combativeness.

He is a constant handful for opposing defenders and his six Premier League goals from just nine appearances in blue means he has already beaten his return from the whole of the previous campaign (five). 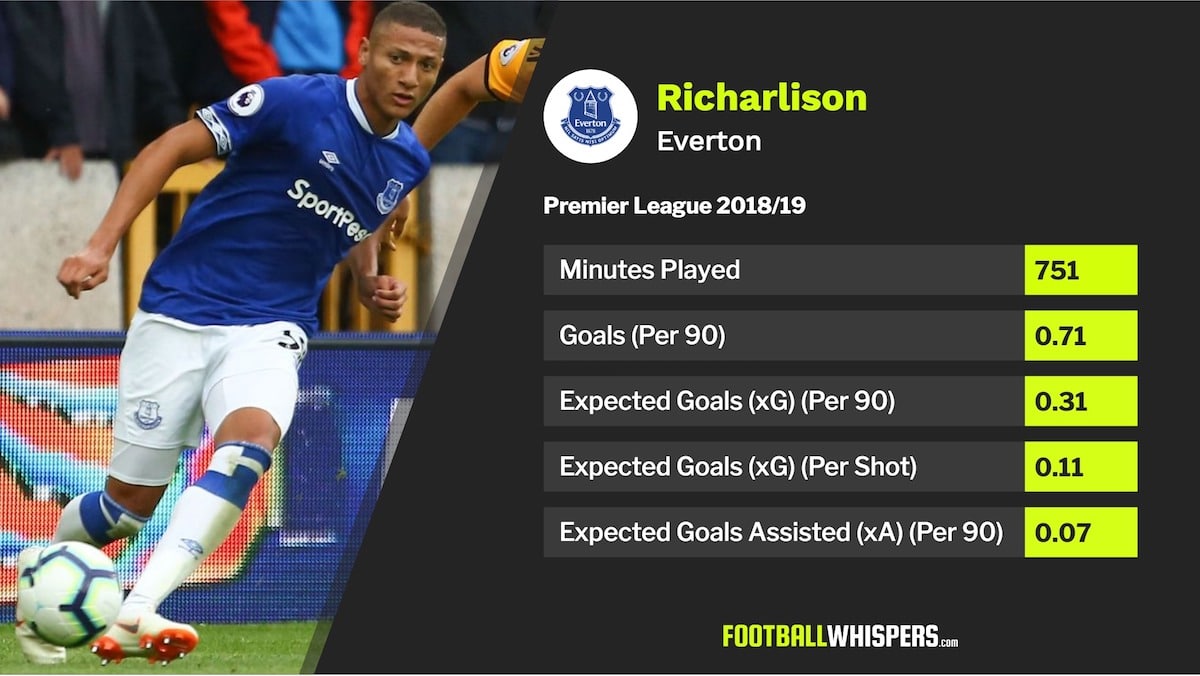 The key to the Brazilian's success in front of goal so far this season has been his ultra-precise finishing.

His open-play expected goals (xG) of just 2.63 would suggest that his current rate of scoring is unsustainable. But when looking at his post-shot xG – which, unlike normal xG, factors in the accuracy of a player's shots to judge the likelihood of them scoring from any given chance – of 4.3, we see Richarlison's dead-eye shooting adds value to the chances he receives.

Capped at senior level by Brazil for the first time in September, Richarlison's star is rising fast. That £40million is starting to look like one of the best-value deals of the season.