After seeing Chelsea equal their record for most consecutive Premier League wins as they notched their 13th straight victory at the weekend, Arsenal are now dealing with the news that the Stamford Bridge outfit are set to deal them another blow. The Gunners had been linked with Wolfsburg left back Ricardo Rodríguez for some time, but their London rivals have seemingly now moved ahead of them in the race to sign the 24-year old.

They are of course emboldened by the £52 million fee they received following Oscar’s move to Chinese side Shanghai SIPG, funds Coach Antonio Conte has subsequently been handed in order to bolster the squad for the title run-in. The move makes sense for the Italian boss, who had been linked with the player during his time at Juventus and he would fill a clear need in a squad where Marcos Alonso is really the only left back available.

With César Azpilicueta now occupying a role in Conte’s back three following the switch to 3-4-3, Alonso has been impressive but clearly cannot be relied upon to play 90 minutes each and every week. That led to a swift decision to speak with Wolfsburg, with the German side seemingly open to allowing Rodríguez to move on for a fee of around £21 million.

The player signed his current contract in January 2015, which isn't set to expire until June 2019, but it reportedly contains a release clause which Kicker believe is “somewhere in the range of €25-30 million.”

He is represented by ROGON, the same company that work as agents for Roberto Firmino and Julian Draxler, both of whom have enjoyed high profile moves under their guidance, with Rodríguez now set to follow suit. 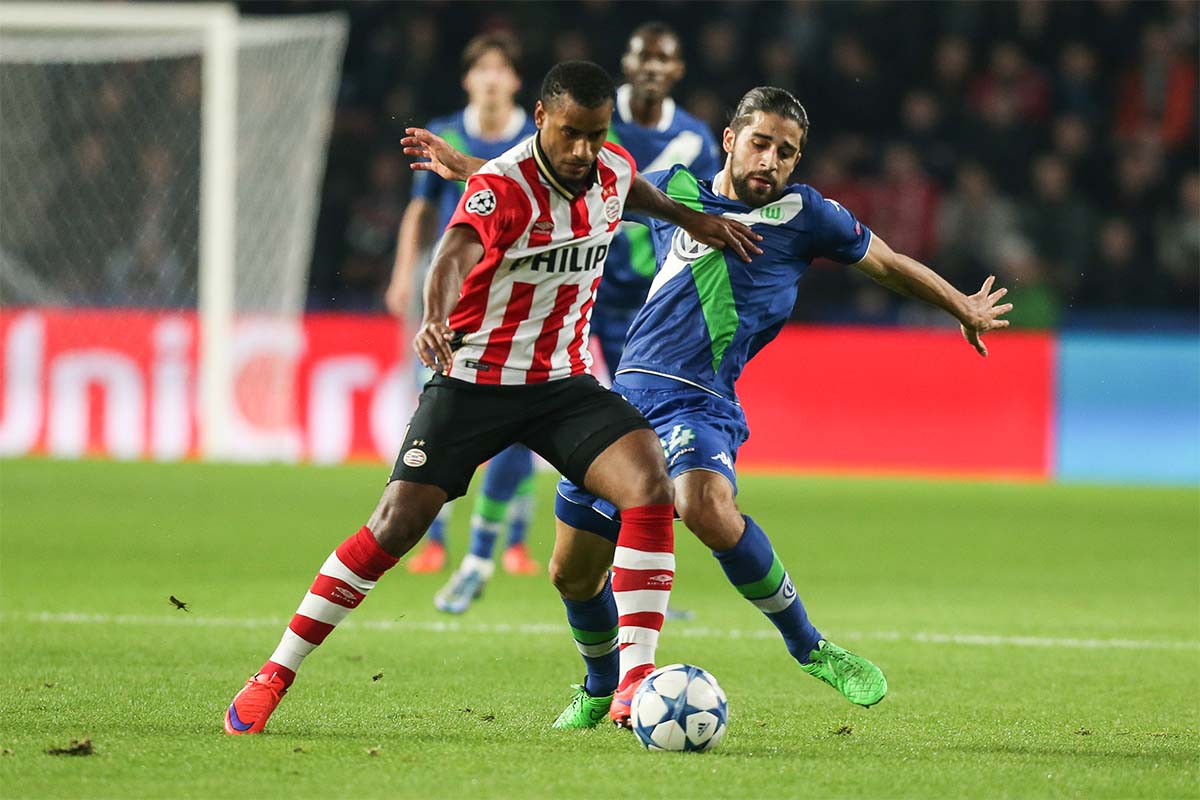 Wolfsburg finished eighth last term and have currently slumped to 13th, meaning they are likely to miss out on European football for a second consecutive year. Ambitious and performing well despite the problems in the team around him, Rodríguez is understandably keen for a new adventure, with his style well suited to Conte’s tactical philosophy.

At just 5’11” (180 cm) he is not as effective in the air as Alonso, but that has not stopped him being one of the continent’s most respected left-backs in the past few seasons as he displays an enviable consistency. His talent was obvious at a young age, where the Zurich native – born to a Spanish father and Chilean mother – began playing at the widely respected youth club FC Schwamendingen before joining FC Zurich's youth system aged just 11.

He progressed quickly through the ranks, being named as a substitute in the Champions League just five years later while he also helped Switzerland to victory at the 2009 Under-17 World Cup. By January 2012, he had firmly established himself in the domestic side’s starting XI, prompting Wolfsburg to snap him up for a fee in excess of £7million. Immediately first-choice under then coach Felix Magath, rumours of interest from Barcelona, AC Milan and Chelsea soon began to appear.

When the boss was replaced by Lorenz Gunther Kostner, Rodriguez lost his place only to immediately win it back when Dieter Hecking was appointed. The new coach brought out the best from the gifted left-footer, who – unlike many of his peers in the modern game – is first and foremost a defender.

That was clearly evident at last summer’s European Championships where his average of 3.7 tackles per game was bettered by only four players, continuing that excellent work into the current campaign. Rodriguez has won 55% of his tackles in 2016/17, averaging 1.3 per game, while also adding 1.8 interceptions and 1.8 clearances per outing.

He does so by displaying excellent technique and making the most of his physical presence, often able to bully opposing wingers off the ball as they try to go past him. His timing is usually precise, resulting in him committing just 15 fouls in the same number of Bundesliga appearances so far this term, while he is yet to receive his first yellow card of the season.

Yet as the stat above highlights, he is no slouch going forward either, already weighing in with two goals and two assists this term. His tally of 14 chances created ranks only behind new Paris Saint-Germain signing Julian Draxler’s total of 21, figures which hint at both the quality of Rodriguez’s attacking forays as well as Wolfsburg’s overall struggles.

He has become hugely effective in dead ball situations, often taking free kicks and corners when they suit a left-sided player, while he was also trusted to take a penalty during his side’s improbable quarter-final first leg win over Real Madrid in last season’s Champions League. He despatched it expertly, helping the side take a 2-0 lead that would be overturned in the second leg at the Bernabeu.

Rodriguez is also a powerful on-ball runner, proving very difficult to stop once he gets going down the flank. He is an effective and thoughtful passer, making the simple ball where possible, and his diligence is reflected in statistics that show he connected with 83.1% of his 55.1 pass attempts last term. Acutely aware of his quality, last summer Rodríguez gave a candid assessment of his value during an interview with Switzerland's Blick newspaper, telling them:

“You just need the right timing for a transfer and it's a fact that during this transfer window, there were hardly any transfers of players in my position. I don't think €25m is too much for me. I’m only 24 and I already have more than four years of experience as a regular in the Bundesliga and the national team, and over €40 million has been spent on players with less going for them.”

That is undoubtedly true, but while the defender would also go on to admit that “it would be exciting” to join Swiss international team-mate Granit Xhaka at Arsenal, it now appears he will instead be wearing the kit of their cross-town rivals.

For Ricardo Rodríguez, it appears that blue is indeed the colour.