The English Premier League’s latest television deal provoked a variety of reactions ranging from smug satisfaction to accusations of obscenity. The £5 billion deal, which will begin as of the 2016-17 season, is a £2 billion increase upon the preceding agreement, though there remain valid concerns over exactly where the extra revenue will go and how it will affect the complexion of European football as a whole.

The new deal is merely the latest progression in the Premier League’s television revenue streams, which have been generally rising since the league split away from the rest of English football in 1992. However, while English football’s top tier becomes exponentially wealthier, there is little evidence to suggest that its teams are becoming any more competitive as a result. While this season has seen the league’s entertainment levels soar thanks to overachieving Leicester and Tottenham sides, the quality of the ‘product’ remains under valid scrutiny.

When the Premier League was founded, English football clubs had only recently returned to continental competition following the Heysel disaster and a subsequent five-year ban. It took a while for them to readjust to playing in Europe, as between 1993 and 1997 – the years of the first Premier League television deal – only three of its member teams reached the last eight of Europe’s two major club competitions, the Champions League and Uefa Cup, combined.

The Premier League’s second television deal was three-and-a-half times as much as the first, with the league agreeing a £670 million package that began in 1998 lasting until 2001. During this time English football began to overtake Italy’s Serie A as the home of the world’s top footballing talent; between 1990 and 2000, the world transfer record was broken 11 times and, on seven of those occasions, Italian clubs were those paying the fees.

With the Premier League’s increasing financial power and global image came greater performances in continental competition. And, as these were the formative stages of the league’s growth, it was perhaps natural that it became accepted that money equalled success.

Manchester United won the Champions League in 1999, in doing so becoming the first English club to win the tournament since Liverpool’s triumph in 1984, when it was still known as the European Cup. The achievement of Sir Alex Ferguson’s side was part of generally improved showings across the board, with 70 per cent of English entrants making it at least to the last eight of the Champions League. Liverpool also won the Uefa Cup in this period.

Between 2001 and 2005, the Deloitte Money League – an annual publication ranking football clubs by revenue from ‘football operations’ – began to show the Premier League’s increasing financial strength. Over this five year period, 20 English clubs were present in the Money League’s top 10. Serie A had 17 representatives present, while Spain’s La Liga had eight. The German Bundesliga only had five.

Evidently, the Premier League was becoming European football’s financial powerhouse and, from 2005 to 2010, this was reflected emphatically on the continent. In these six years the league produced two Champions League winners and four runners-up. In 2008, Manchester United played Chelsea in the first all-English final, while for three consecutive seasons the tournament’s semi-finals were populated by three English clubs. This was the apex of the Premier League’s dominance. But it was fleeting.

Gradually, this led to the galvanisation and reinforcement of an individualistic narrative which had been present at the birth of English football, when team play such as passing was considered to be ‘unmanly’, as Jonathan Wilson wrote in his seminal book on football tactics, Inverting the Pyramid.

In 2011 the league agreed to a new £1.8 billion television deal but its members’ performances in Europe started to decline. Indeed, since that agreement, only six English clubs have made it to the quarter-finals or beyond of the Champions League. For context, there were 20 English Champions League entrants in this five-year time period. 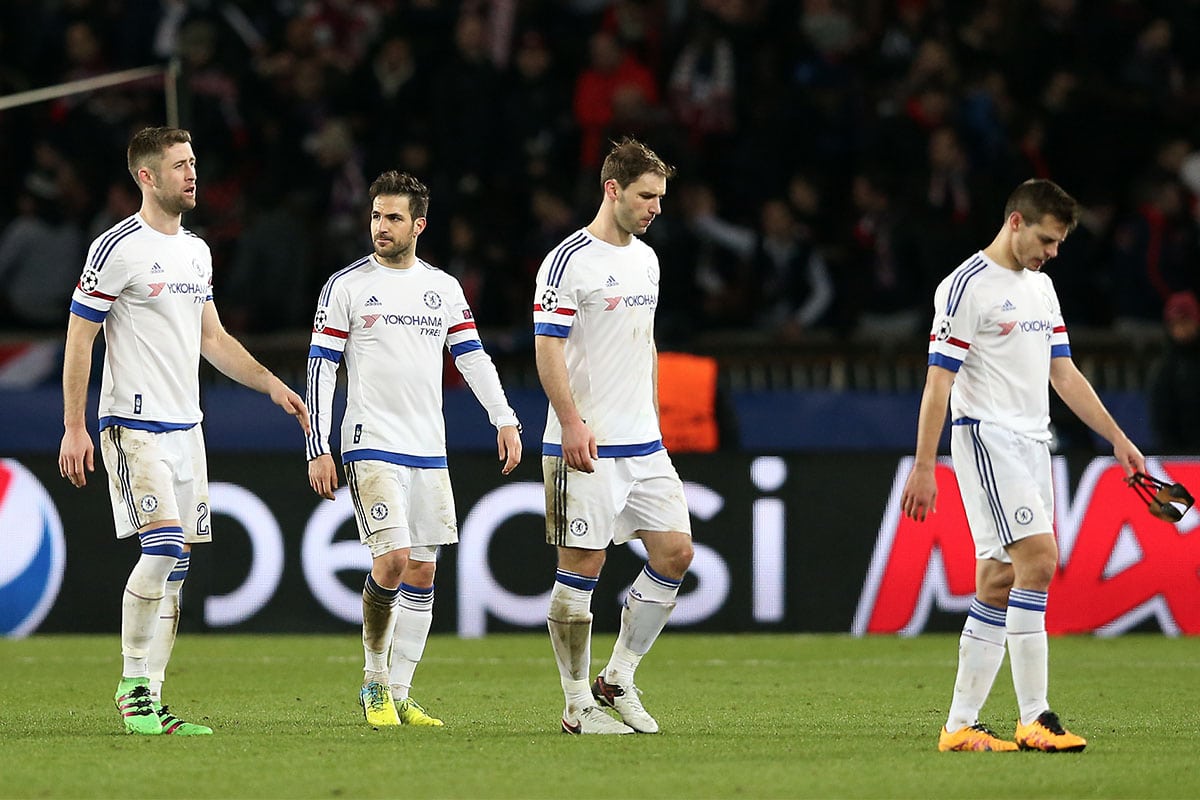 Yet, between 2011 and 2015 Deloitte’s Money League top 10 rankings featured 23 appearances by English clubs, an increase on the previous five-year spell. In contrast, La Liga had just 10 representatives, Serie A had seven, the Bundesliga had six and France’s Ligue 1 had four. The Premier League was overwhelmingly richer than its European rivals, but its teams were not as competitive.

The increased riches were not the primary cause of this; it was more to do with the mentality that went with it and, subsequently, the way those riches were expended. In an interview for FourFourTwo magazine, Borussia Dortmund playmaker Henrikh Mkhitaryan was asked about the underperformance of English teams on the international stage in spite of their wealth. The Armenian’s reply was simple: “Maybe the money isn’t spent in the right way.”

Certainly, the treatment of wealth within football appears different in other countries. Some leagues even seem suspicious of the benefits of hefty financial investment, specifically on individual stars. Maurizio Sarri took charge at Napoli last summer and immediately made it clear that he didn’t care for discussing transfer targets. “I don’t think about the transfer market,” he told reporters. “It doesn’t interest me. I like to coach the lads I have available.”

Some would consider Sarri’s approach to be mere stoicism, though his focus on tactics and training has paid off far more than any star signing could have done. The likes of Kalidou Koulibaly, Jorginho, Lorenzo Insigne and Gonzalo Higuain are having the best seasons of their careers and Napoli, until last weekend, were top of Serie A for the first time in decades.

Sarri isn’t the only man in Italian football to have such an outlook. Legendary former AC Milan coach Arrigo Sacchi told Alessandro Zauli in ‘Soccer: Modern Tactics’ that “the economic advantage is huge and it makes the team richer, but then we miss a very important element to keep the players united, and that is the game.”

Even in Spain and Germany, teams such as Barcelona and Bayern Munich – who continuously top rich lists along with Premier League clubs – marry their huge financial advantages over domestic rivals with ideas. As well as bringing in world class individuals from outside through the market, they produce elite players of their own, such as Lionel Messi, Andres Iniesta and Sergio Busqets; Philipp Lahm, Toni Kroos and Thomas Muller. In addition, these clubs have reasonably coherent overarching visions, meaning individuals signed or produced are well-adjusted to the ingrained philosophy of the coach or the team’s existing playing style.

The idea that the Premier League is the best in the world is hard to prove or disprove, though a look at the performance of its teams in Europe over the years offers some interesting facts. Since the league split from the rest of English football in 1992, it has had representatives in nine Champions League finals, producing four continental champions. Spain has had 12 finalists and eight champions; Italy has had 12 finalists and five champions. Both Spain and Italy have also produced more Europa League (or Uefa Cup) finalists and winners. As has Portugal.

English teams will continue to top rich lists, though the idea of this leading to enhanced quality is fallacious. While the correlation between revenue and performance does exist, it is vague. Other leagues have shown that greater value lies in planning and ideas. The new television deal may be exciting, but money has no inherent value. Premier League teams must begin utilising it effectively for it to be worth anything on the pitch.