Last May Sporting Lisbon's tumultuous 2017/18 season descended into chaos. Defeat at Marítimo on the final day of the Primeira Liga season saw them miss out on Champions League qualification.

It was a painful end to the campaign but nobody could have foreseen what would happen next. A group of around 50 ‘ultras' forced their way into the team's Alcochete training centre and attacked players and members of the coaching staff.

Sporting condemned the “acts of vandalism and aggression” but that didn't stop the players taking matters into their own hands.

It was the nadir of a turbulent campaign in which Bruno de Carvalho, the club's controversial president, suspended 19 players after their ‘stupid' Europa League defeat to Atlético Madrid.

Now, nine months on, much has changed at Sporting (and much hasn't). Here, we catch up with those who rescinded their contracts.

At the time of the attack, Dost was coming off his second consecutive prolific season in the Portuguese capital. Signed from Wolfsburg in 2016, the former Netherlands international scored 36 goals in 41 games in his debut campaign, backing that up with 34 in 49 in 2017/18.

Unsurprisingly given his injuries, Dost quit the club but rejoined five weeks later, putting pen to paper on a fresh three-year deal after being reassured that measures had been put in place to improve the protection of players.

With Carvalho gone, the club has begun to rebuild after having been engulfed in turmoil for months. And Dost has been key, scoring 12 goals in 14 league games to help Sporting to fourth place.

Another high-profile member of the first-team to cancel his contract, Carvalho – long linked with a move to the Premier League – has embarked on a new chapter after joining Real Betis.

The 26-year-old quickly cemented his place under Quique Setién and remains a regular in the Betis midfield, often partnering Mexico international Andrés Guardado.

Carvalho played 90 minutes in his side's thrilling 3-3 draw at Rennes, keeping alive their Europa League hopes, and is aiming to help Setién's men into the Copa del Rey final (their semi-final first leg with Valencia finished 2-2).

The experienced goalkeeper ended his 12-year association with Sporting after the training ground attack but is flourishing under a former Porto manager in Nuno Espírito Santo at Wolves.

A European champion with Portugal in 2016, the 31-year-old has proved one of the bargains of the season, playing every single minute of the Premier League campaign so far, keeping six clean sheets to help last season's Championship winners to seventh in the table.

Although his error gifted Newcastle United a goal on Monday night, his contributions as a whole this term have been solid, a seasoned old head guiding Wolves' remarkable Portuguese contingent.

Martins had just celebrated his 23rd birthday when it all kicked off at the end of last season. Having graduated from the club's esteemed youth academy, though, the winger was regularly tipped for one of Europe's top five leagues.

And with 13 goals and eight assists last term he must have figured he wasn't going to have much trouble attracting new employers. As it were, he attracted a pretty big one, joining Atlético Madrid.

But it hasn't been plain sailing for him since. Having failed to make much of an impression in the Spanish capital, he joined Monaco on loan in January.

He has started promisingly in the principality, with a goal and two assists in three appearances so far.

A hugely influential presence in midfield after arriving from Sampdoria in 2017, Fernandes was practically ever-present under Jesus and was named the league's Player of the Year in July.

Less than a week later, he rejoined the club after De Carvalho's departure with an £87million release clause and tidy salary bump.

The 24-year-old has built on last season, too, starting all but one of Sporting's league games this season, scoring ten goals and adding five assists.

He has been particularly productive over the last two months. After a hat-trick of assists in the 4-1 win over Aves – the side who beat Sporting in the cup final last season just days after the attack – he scored twice in the 5-2 defeat of Nacional, netted the winner against Moreirense and bagged another brace in their most recent league outing.

Sporting are delighted to have him back; he's an exceptional talent. 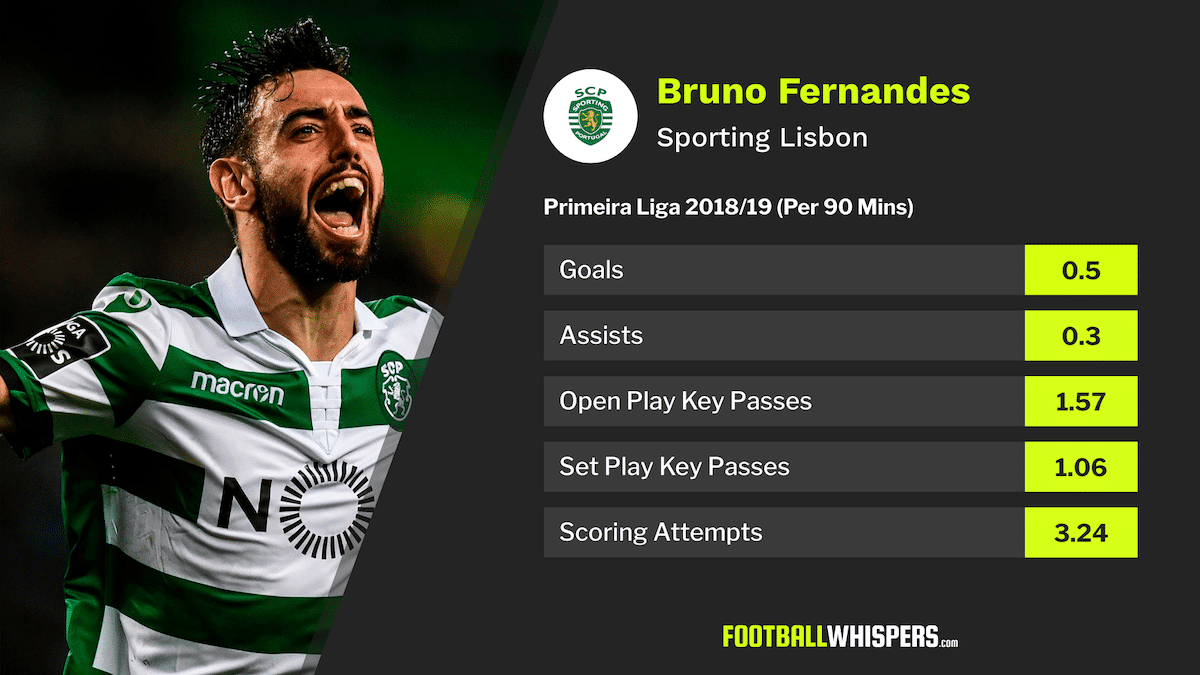 The 23-year-old winger, another academy graduate, joined Olympiakos after severing his ties with his boyhood club.

Having been used sparingly last season, Podence has found regular football easier to come by with the Greek outfit under Portuguese coach Pedro Martins, a former Sporting player himself.

Ribeiro got out of dodge despite having only joined Sporting from Rio Ave in January 2018.

The 31-year-old had to wait before a new club came calling, joining Emirates club Al-Ain.

The youngest of the nine players, Leão has quickly carved out a promising future for himself in France with Lille.

A comfortable fit in Christophe Galtier's system, the teenager's eye-catching form has earned him comparisons with Kylian Mbappé.

Already an accomplished finisher, one suspects he won't be in northern France for too long.

The Argentine midfielder was a key cog in midfield last season and attracted plenty of interest after leaving Sporting, with West Ham, Fiorentina and Inter all credited with chasing his signature.

However, a change of heart saw him emulate Dost and Fernandes by returning to the Estádio José Alvalade.

After a solid start to the campaign, however, a cruciate ligament injury has had him on the sidelines since the start of November and he won't return until next season.