Republic of Ireland vs Serbia Prediction, Odds and Betting Tips (07/09/21)

Group A is not making pretty reading for the Republic of Ireland right now. Serbia, however, are sitting top. Can the Big Irish Greens grab a much needed win here? Find out with our Republic of Ireland vs Serbia match preview with free tips, predictions and odds mentioned along the way.

Republic of Ireland vs Serbia: Trio of tips

Serbia to condemn Republic of Ireland to another loss

It is not an understatement to say the the Republic of Ireland are getting pretty desperate for a win right now. They've played four World Cup qualifying games and have mustered just the measly point; that came last time out when the hosted Azerbaijan. Their longer term form is shocking too with just one win in their previous 10 games. Serbia meanwhile are riding a very different wave; they're top of the group and are yet to taste defeat. In terms of all competitions, they've lost just one in the last 10. It's also worth noting that Serbia have never lost to the Republic of Ireland and have won on their last two visits to the Aviva.

It won't be all that exciting

A team that haven't lost many games versus a team that don't win many. You might think it's a recipe for a goalfest but we wouldn't count on it. In fact, we actively make the prediction that this match will serve up south of 2.5 goals. The Republic of Ireland have not exceeded the 2.5 goal mark in any of their last five home games serving up a painfully low game average of 0.8 goals. On the road, Serbia aren't much more exciting either. Two of their past five away games have broken the 2.5 cut off; in terms of game averages, it's still rather dull reading. Five games, eight goals and an average of 1.6 goals.

There will be only one goal in it

We've already offered up tips that Serbia will win and that the game won't be loaded with goals. With that in mind, our final prediction shouldn't be a massive surprise in that we think Serbia will win the match by the solitary strike. The previous four Republic of Ireland defeat have all been by the single goal. Two of the last four wins Serbia have recorded have been by the same margin. Finally, you have the head to head record; Serbia might never have lost to the Republic of Ireland but they've never beat them by more than a goal either.

Find the best odds for Republic of Ireland vs Serbia

Serbia to keep marching on

Serbia – and in particular Aleksander Mitrovic – served up a sparkling performance on Saturday to maintain their unbeaten start to World Cup qualifying. In fact, with 10 points taken from their opening four games and four points separating them from third placed Luxembourg it would be a real collapse if they didn't make the Finals. They'll arrive in Ireland with a razor sharp focus and will look to seven goal Mitrovic to keep doing what he does. As for the Republic of Ireland, things are looking bleak. They have mustered just a single point and have already lost to lowly ranked Luxembourg – at home. The pressure is going to really ramp up soon. They could really do with one of their young forward line finding some form.

The final word on Republic of Ireland vs Serbia 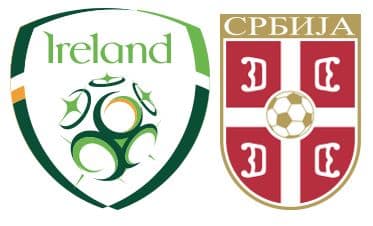