Portugal will be hoping to return to the top of Group A  with a win on Thursday night, as they currently sit 1pt behind Serbia. Ireland only have 5pts to their name from six qualifiers but could move above Luxembourg with a win.

Here are our predictions for Republic of Ireland vs Portugal.

Cristiano Ronaldo has scored more international goals than any other player in the history of football, so you can already understand why we're backing the Man Utd man to score first on Thursday. Ronaldo has scored 6-goals in qualifying so far, two of which were the first goals in games. Ronaldo remains Portugal's main man even at the age of 36, netting a hat trick in their last match against Luxembourg.

Everything you need to know about Republic of Ireland vs Portugal

Victory in Ireland could take Portugal top of Group A

The Republic of Ireland's last match was a friendly against the 2022 World Cup hosts Qatar. The hosts opened the scoring after just 4-minutes through Robinson and the very same player made it 2-0 from the penalty spot just 9-minutes later. Early in the second half, Robinson completed his hat trick and just shy of the hour mark, Duffy made it 4-0. Ireland showed their attacking strengths in that friendly but that side of them hasn't shone through in qualifying so far.

Portugal are one side that do love to score goals, especially through their captain and talisman. Ronaldo scored three goals in a 5-0 drubbing of Luxembourg last month with Fernandes and Palhinha getting the other two goals. Portugal will surely qualify for the World Cup and could once again be one of the teams to watch out for in the competition. Ireland will give as good as they get on Thursday but Portugal's class should get them through the game in the end.

Republic of Ireland vs Portugal – FAQ 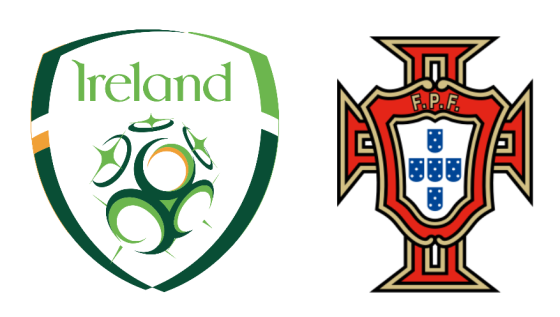