Chelsea are set to allow defender Fiyako Tomori leave on a temporary basis and AC Milan have emerged as the possible destination for the 23-year-old. Tomori came through the ranks at Chelsea and enjoyed a remarkable breakthrough season, when Frank Lampard was forced to field a number of young players due to the transfer ban.

Due to the lack of playing time for Tomori this season, a potential loan move has been touted. Chelsea, though, are willing to set an ‘option to buy’ within the loan contract. Leeds United and Newcastle United have shown an interest in the young defender, but TalkSport reports that Milan have taken pole position in the race. 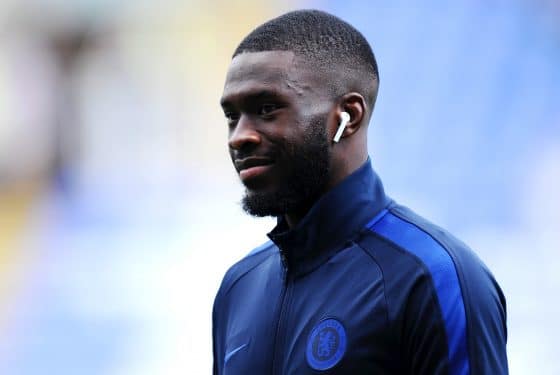 Chelsea are keen on inserting a clause of £27 million in the loan contract should Milan be interested in making the move permanent. The deal is expected to be completed in the next few days.

Milan have become title challengers in the Italian Serie A this season and this is a sizable improvement over their recent campaigns when even finishing in the top six seemed like a distant dream.

Tomori had played under Lampard during his days as the Derby manager. Just when it seemed that the conditions were perfect for Tomori to become the next John Terry, he has had a rapid decline in his career.

The 23-year-old has barely featured for Lampard in his second season with the club. The defender, who is capable of playing at centre back or full-back, has only featured in less than 250 minutes of action so far. Tomori was eligible to play for Canada, Nigeria, and England at international level. After representing Canada and England in the youth team levels, Tomori chose to represent the Three Lions in 2019 and he made his debut in November 2019. This also happens to be his only international appearance so far.