A win in game four for Sao Paulo will almost definitely be enough to secure their path into the next round. For Rentistas, they need a win to keep that dream alive. Who will actually get the win though? Find out with our Rentistas vs Sao Paulo match preview with free tips, predictions and odds mentioned along the way.

Sao Paulo to keep their strong defensive record in tact

It would have been easy to offer a prediction of Sao Paulo simply to win but the odds of that are hardly appetising. Instead, we open our tips with Sao Paulo to win whilst keeping a clean sheet. The Brazilian side currently sit top of Group E with two wins and a draw from three matches whilst Rentistas are third with just two draws from their own opening trio of games. It means they've not won in five games after back-to-back defeats against Nacional in their domestic league. They've scored just one goal in that time too. Sao Paulo meanwhile have conceded just two goals in their last five with four clean sheets along with not having conceded in the Copa Libertadores as yet. Oh, and when these two met at the end of April, Sao Paulo won 2-0.

We've just touched on the impressive defensive record of Sao Paulo in recent matches. It doesn't mean that they are left lacking going in the other direction; they most certainly are not. Across their last 10 matches, which includes all three of their games in this competition, they've scored 22 goals. In those 10 games, Sao Paulo have scored two or more goals in seven of them. We know they can score against Rentistas too – they bagged two just over a week ago.

Goals, yes, but not loads

Given our last tip was for Sao Paulo to score at least two goals, you might wonder why this prediction is suggesting under 2.5 goals in the match. The truth is we fully expect Rentistas to struggle against the Sao Paulo backline, which just means this tip gives a little bit of protection. Sao Paulo do know where the goal is but have only scored three or more goals three times in their last 10 away matches. Then you have to consider Rentistas; they've not seen more than 2.5 goals in any of their last four. That includes all of their Copa Libertadores games.

Sao Paulo to put one foot in the next round

Sao Paulo are already in a really strong position in Group E but a win would almost definitely see them into the next round whilst results elsewhere in the group could guarantee their advancement. For Rentistas a win would keep their aspirations of a place in the next round alive but it's much more likely that they're fighting for third place with Cristal; that would book them a spot in the Copa Sudamericana. 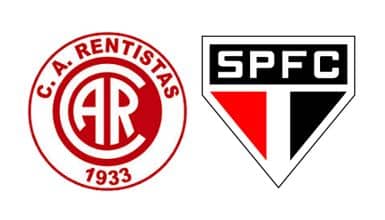