Leicester have got themselves into a great position to progress into the next round of the Conference League following their 2-0 win at The King Power Stadium last week. However, Rennes are in good form and will be confident that they can turn their two-goal deficit around on Thursday evening.

Rennes might have lost last week in England but we, and the bookmakers, are backing the French side to win on Thursday night. Whether or not that win will be enough for the Ligue 1 side to progress into the next round is another question, but the hosts have won four of their last five matches in all competitions, including an impressive 4-2 win away at Lyon at the weekend. Leicester have lost two of their last four away trips and are guilty of being inconsistent this season.

Under 2.5 goals were scored when these two sides last locked horns and we're expecting another low-scoring 90-minutes on Thursday. Three of Rennes' last six matches and each of Leicester's last four outings in all competitions have also featured fewer than three goals scored, so you can see just why we're not expecting there to be many goals in this game.

Rennes vs Leicester: The very latest stats and markets

Rennes put in a great performance away at Lyon at the weekend to secure all 3pts. Two goals inside the opening 13-minutes from Bourigeaud and Santamaria put the visitors 2-0 up and in first-half stoppage time, Majer added a third goal. Lyon would have been hoping for a quick response in the second half only for Terrier to score a fourth goal for the visitors in the 49th-minute. An own goal from Traorejust before the hour mark got Lyon back into the game and a Dembele penalty 8-minutes from time made it 4-2.

Leicester City made the trip to the Emirates to face Arsenal on Sunday where despite their result return to form, the Foxes ended up on the wrong end of a 2-0 scoreline. The Gunners took the lead through Partey after 11 minutes and just before the hour mark, Lacazette made it 2-0 from the penalty spot. Leicester might have lost that game and could already be out of the race for the European places but Rodgers' men are in a great position to progress in the Conference League.

Rennes: Badé, Sulemana, Ugochukwu, Salin and Gelin could all miss the 2nd leg through injury.

Leicester: Castagne, Evans, Vardy, Fofana and Bertrand are all doubts for the visitors.

FAQ for Rennes vs Leicester 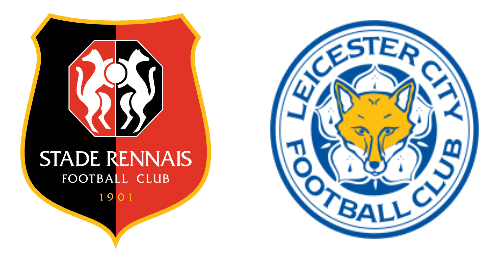