Rennes and Clermont Foot 63 meet for the first time in a fixture that is expected to generate a lot of excitement. Our tipsters have prepared a comprehensive preview of this game to provide our readers with the best free predictions.

The Best Free Predictions and Tips for Rennes vs Clermont

We are tipping goals on both ends of the pitch in the first meeting between Rennes and Clermont. Both sides kicked off the season on a good note but have since slipped to draws and losses. These teams have both failed to keep a clean sheet in the last four games. The hosts have conceded 8 goals while Clermont Foot has leaked 10 goals in as many games, stats that further back our first pick for this game.

The visitors to open the scoring

Our second pick for this game is a risky bet but very likely. We argue that Clermont has shown a remarkable scoring form since promotion to the league despite conceding two goals more than the hosts in six games. The visitors have found the net 10 times while Rennes has only scored three goals in six games played so far.

Our third prediction for this game is more than two goals at full-time. Both sides have defensive worries coming to this game. Of the ten goals conceded by Clermont Foot, seven have been away from home. We think the visitors will leak at least two goals in this match.

Rennes vs Clermont: the Best Match Odds and Team Stats

Match Preview: Rennes Square it out with Clermont Foot in the First Meeting

Rennes and Clermont Foot will lock horns for the first time in their history. That alone makes this match special for both sides. The fact that promoted side, Clermont, ranks higher than Rennes on Ligue 1 table after six games makes this match even more interesting. It is easier to say, Rennes should expect a tough duel at home. But because the visitors have more defensive worries after conceding 10 in six games, Rennes hope to score at least once on matchday. It is the only way to stop the highly motivated visitors in this special match. 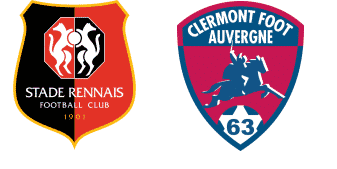 Which stadium will host Rennes vs Clermont fixture?

We are giving Rennes an edge in this game to defeat the visitors by a least one goal margin.