Christian Pulisic and Liverpool: it had all the makings of a classic romantic comedy.

A sporting prodigy. The great hope of America soccer. A Premier League giant. A club steeped in history and prestige.

They almost got together several years ago – Pulisic visited Melwood, the Reds' training ground, as a 15-year-old. Instead, he ended up in a different city, Dortmund, Germany. “Promise you will write…”

They were kept apart but the spark remained. There were admiring glances. Public flirtations. Even a couple of meetings. “Can't believe we've bumped into each other here in Charlotte, North Carolina, what are the chances?”

Eventually, they would end up together. It was destiny. The big payoff.

Unfortunately for our American star, Liverpool hadn't read the final pages of this script. And so he moved on to a new love, one from London. But forever he will wonder what might have been.

The Reds, however, moved on a long time ago. As ruthless as it sounds, they didn't need Pulisic anymore. They grew up, changed. They didn't want a project. They wanted the finished product.

That change in approach is admittedly a fairly recent one – it can be traced back to the summer of 2017.

It was the Sliding Doors moment for Liverpool under Jürgen Klopp. And the beginning of the end of their Pulisic pursuit.

Prior to that transfer window, the Reds' policy in the market was clear. They signed younger players with high potential in the hope of moulding them into stars and then selling them on at a huge profit. Think Philippe Coutinho.

Pulisic fitted this model perfectly. And he had the added benefit that his signing would've been a huge commercial boon for Liverpool in the United States, something which wouldn't have been lost on Fenway Sports Group.

The U.S. winger would have undoubtedly impressed under Klopp. His game is focused on high-intensity movement, with and without the ball. But it would have taken time for Pulisic to become a star at Anfield. 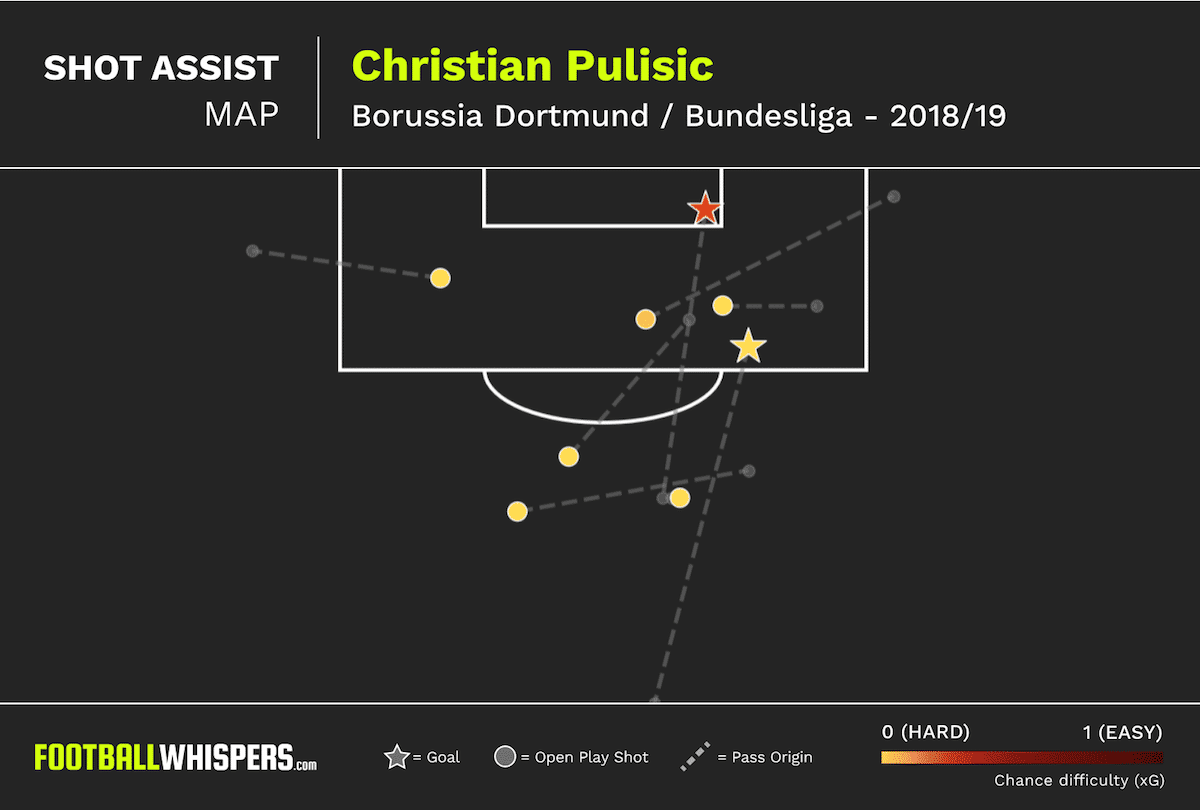 And time is something Liverpool felt they no longer had. So the Reds decided to spend big on players for the here and now.

Mohamed Salah. Naby Keïta. Virgil van Dijk. Fabinho. Alisson. That quintet were signed for over £200million and it's certainly paid off.

Twenty games into the Premier League season and Klopp's side sit at the summit of the table, six points ahead of their nearest rival with a game in hand.

That has been partly achieved through a stylistic change. The Reds are more measured in their approach during games, no longer relying on blood and thunder to overawe opponents.

Pulisic, given his current skill set, wouldn't have suited 2019 Liverpool. And the club were never going to pay £60million for a player who wouldn't improve their starting XI.

That's because the Reds, loosely at least, appear to be following the Zidanes y Pavones approach to squad building.

It was a plan laid out by Real Madrid president Florentino Pérez during the Galácticos recruitment drive of the early 2000s. The underlying principle was to weave together big-money signings, like Zinedine Zidane, with homegrown talents, such as Francisco Pavón.

It never really worked at the Bernabeu. But at Anfield it is beginning to bear fruit. Trent Alexander-Arnold has gone from squad member to first-team star. Joe Gomez – yes, we appreciate he started at Charlton Athletic – became a mainstay of the defence prior to suffering a leg injury at the start of December.

And there are high hopes for the likes of Rhian Brewster, Curtis Jones and Bobby Duncan.

These are now the young players Liverpool want to invest in, who they want to fill out their first-team squad with. Which is why there was no longer a place for Pulisic at Anfield.

So perhaps Pulisic and Liverpool was never a romantic comedy. At least not by the end. Instead it was a coming-of-age tale for Liverpool, one which meant Pulisic became nothing more than a secondary character on their journey.