This Saturday France Cup clash between Reims and a Bastia will entertain fans at Stade Auguste Delaune. Both teams are fighting for a spot in the Coupe de France last eight. Reims comes to the fixture as bookies' favorite to triumph over the Ligue 2 outfit. Read our review for an in-depth analysis of this game as well as our free predictions for the France Cup tie.

Our best picks and odds on Reims vs Bastia

Reims reached the knock-out stage by beating a lower-ranked team in Thaon by a goal to nil. Bastia eased two goals past a higher-ranked opposition in Clermont Foot to qualify for the round of sixteen. Who will get the job done for a quarter-final place on 29/01/2022?

There were even scores on three occasions in Reims' previous five games. Three of the previous Bastia's games also recorded even score-lines. Bastia's last five away games in all competitions produced an even number of goals. There were even scores when Bastia played away from home in the Coup de France events. Bastia recorded an even number of goals in each of its last five Coupe de France games. We anticipate a tight game where both teams get goals. The tie-break will be established after the regulation time. As such, the goals will be even in number.

These teams are meeting for the ninth time in a competitive game between 2012 and 2022. Bastia has dominated the previous meeting between these teams. Reims comes to this encounter as the favorite side because they are in a higher pedigree league. It will be interesting to observe how the hosts will fair in this encounter given that most of their first-team players are out. Oscar Garcia will have to trade cautiously in this game because of the tough fixture in the league.

Will  we see a continuation of Bastia’s dominance of the fixture? Home advantage will also play a significant role in this game. It is worth noting that the hosts only lost twice at home from the last five games. The visitors recorded 2W, 2D and 1L in the last five matches while Reims come to this match with 1W, 2D and 1L in as many run of fixture.

Here are our predicted lineups for this France Cup fixture. 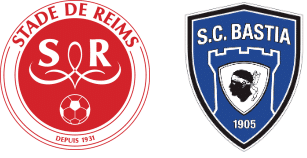 Who is Reims’ current manager?

Oscar Garcia is the current coach of Reims FC.

Who emerged victorious when Reims last played against Bastia?

Bastia emerged victorious over Reims in their last encounter.

What is the kick-off for Reims vs Bastia Coup de France encounter?