Few teenagers have made as seismic an impact as Reece Oxford did when, in 2015, he made his West Ham United debut against Arsenal.

Aged just 16, the young midfielder played with remarkable maturity and confidence, patrolling in front of the defence and helping his side to a 2-0 victory at the Emirates.

It seemed almost certain that Oxford, such a precocious talent, would be a mainstay of the Irons side for the foreseeable future. He had everything that was needed: a good eye for a pass, strong tackling and excellent anticipation.

“People were asking: ‘Are you sure he is 16?',” then manager of West Ham, Slaven Bilić, said. “It was going to be a risk but he has got something. I thought we needed someone to sit in front of the defence who is cool and can be a third defender, but who can also play on the ball. I am very proud of him.

“He is 16 but only on paper. He is a part of this new generation. Put it this way, if Lionel Messi was in front of me, I would be more fazed than Reece.”

Oxford was named man of the match against Arsenal, lauded for his composure – he completed 95 per cent of his passes – and the manner in which he handled the occasion. Much was made of the fact that, three weeks later, he would sit his GCSE exams.

Four years on, though, things have not gone as expected. Oxford, since making his debut, has managed just 16 more appearances for West Ham. He has been sent out on several loans, at Reading, Borussia Mönchengladbach and, most recently, Augsburg.

And it appears he is close to securing a permanent move to the latter, potentially for as little as £8million. 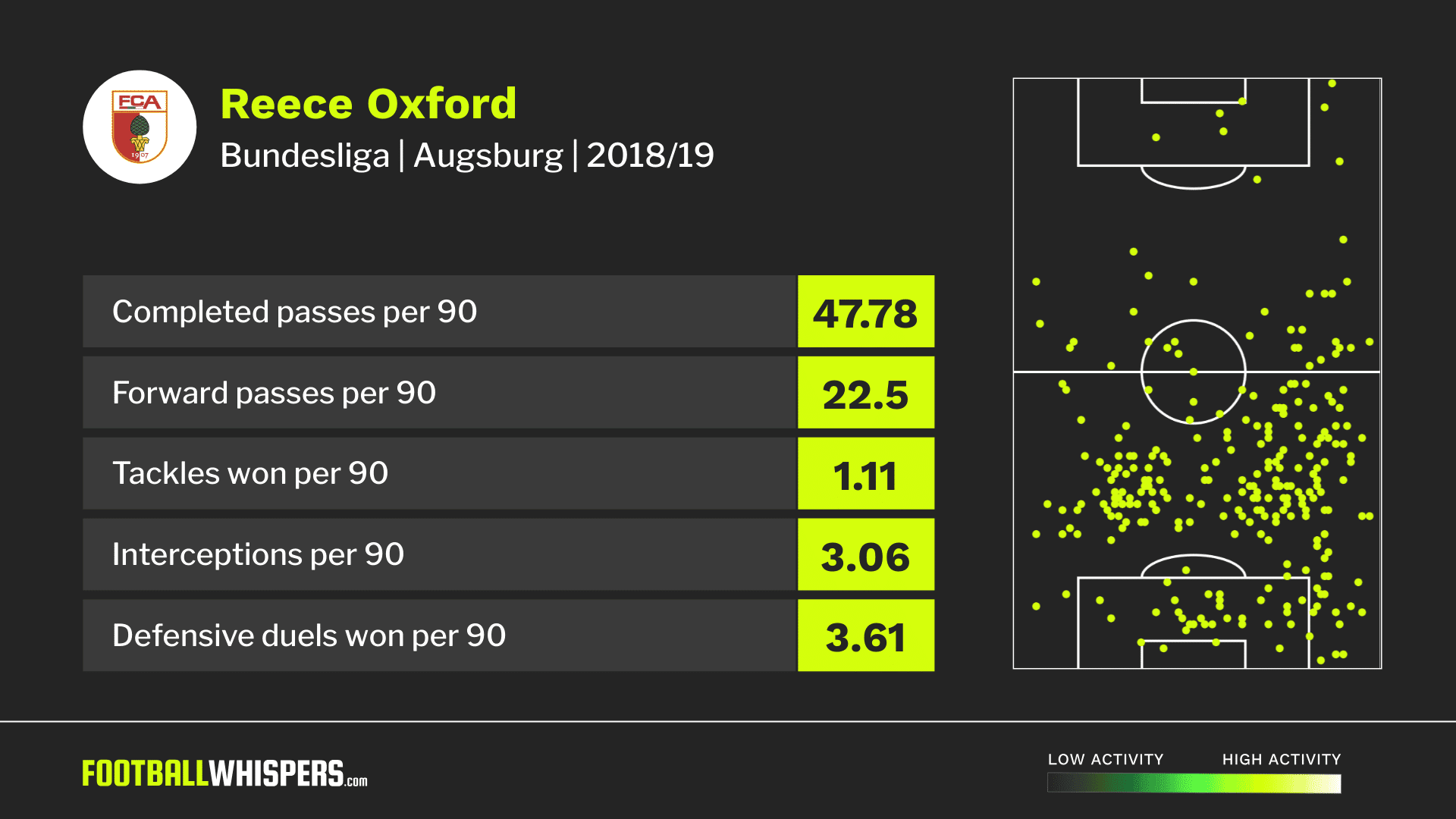 Oxford is still only 20 years old, is still a player with the talent to perform at the top level. Unfortunately, that talent has not been nurtured. His development has been stunted, disrupted by unsuccessful loans and a lack of game time.

The England Under-20 international, who can play at centre-back or in midfield, made 12 appearances in all competitions during his breakthrough season. But his debut against Arsenal proved to be the high point. From there, it has been a downward spiral.

There have been doubts as to whether Oxford has the required levels of application, the motivation to truly reach his full potential.

His ascent to the top might have happened too quickly. In 2016, West Ham handed him a five-year contract worth £20,000 to ward off interest from elsewhere. Oxford was amongst the most highly-rated young players in the Premier League.

His reputation, perhaps, went to his head, derailed his progress over the following years. But Oxford might feel let down, too. Even the most talented young players must be coached, helped on their way, if they are to make it at the highest level.

Bilić, having placed his trust in Oxford at Arsenal, appeared to lose faith in the youngster, dropping him after a nervy display against Everton at Goodison Park. He fared no better under the management of David Moyes; the Scottish coach neglected him in favour of more experienced players.

Oxford’s loan spell at Reading proved misjudged. He was publicly criticised by the club’s manager at the time, Jaap Stam, and played just five times in the Championship.

At Mönchengladbach, Oxford did better but hardly took the Bundesliga by storm. And for Augsburg this term, he has made just six league appearances.

Manuel Pellegrini, too, appears to have little interest in giving Oxford another chance. “A player who is 19 or 20 must be ready to play in the first team,” he said in November. “If you don't have the space you must go to another club.

“We have in his position a player who I am happy with. Angelo Ogbonna is also on the bench, but working very well every day. Issa Diop is playing well, and while Declan Rice doesn't play in that position, he can.

“So, we will see what happens with Reece, whether he stays here, or if it is better for him to go and play for another team.”

For Oxford, then, it might be time to move on. His career, at the mere age of 20, is shaping up to be a story of what might have been. Perhaps a permanent move to Germany, like several young Englishman before him, will change that.