Red Star Belgrade look to recover from a narrow loss in the first leg of the Champions League play-off tie when they go up against Maccabi Haifa. The second leg encounter is set to take place on August 23, 2022.

Even though Red Star Belgrade might have suffered a defeat towards the second half of the game against Maccabi Haifa, they will be counting heavily on home form to pick up a victory that will put them into the group stages. The Serbian outfit have been able to win all the competitive home matches this season, while someone has to go back to November 2021 to witness their last home defeat.

It had been a stellar start to the campaign for Red Star Belgrade before the recent loss in the first leg. The hosts undoubtedly have the most recent experience when it comes to featuring the latter stages of the Champions League as the featured in the group back in the 2019-20 season.

Maccabi Haifa were able to produce an impressive victory in the first leg despite falling early goal. Now, an away advantage does represent a huge challenge for Maccabi Haifa as they try to hold onto a one goal lead. Maccabi are now extremely close to getting back to the Champions League after a 12-year absence.

Red Star Belgrade: Radovan Pankov is the only player definitely ruled out of the game while Red Star Belgrade are also sweating on the fitness of Osman Bukari, who picked up a knock in the previous round.

Maccabi Haifa: Raz Meir and Mahmoud Jaber are definitely ruled out of the game while Dolev Haziza is suffering from a knock. 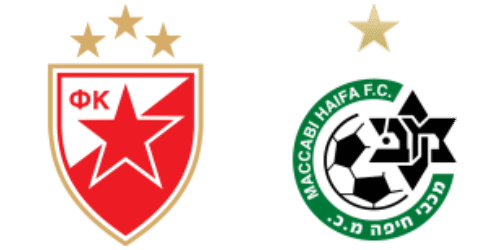 Where is the match scheduled? Stadion Rajko Mitić

Which team is the favourite to win? Red Star Belgrade