This round of Copa del Rey brings us a few interesting matchups, including the Real Zaragoza vs Sevilla duel. So, check our detailed preview of this game if you want to learn more about it.

If you are wondering what is the best bet for the Real Zaragoza vs Sevilla duel, check our top betting predictions for this duel:

While these two teams played some memorable matches more than a decade ago, Real Zaragoza has struggled in recent years to get back to the top rank of Spanish football.

So, Sevilla is clearly the favourite in this match, even without taking the form of both teams into account. If we consider that as well, Sevilla to win sounds like an even safer bet than taken on a face value.

Since the last meeting between these two teams was back in 2013, we won't be looking at those matches to make any conclusions on what could happen in this game.

Top odds, stats, and more for Real Zaragoza vs Sevilla

If you want to bet on the latest Copa del Rey odds and the best Real Zaragoza vs Sevilla odds, we can help you out:

While the guests are clearly the favourites in this match, the home team has reasons to hope for a good result. So, let's check both teams out in more detail:

The team that was a regular member of La Liga in the past has struggled to find their way back to the top flight and this season brings more of the same for Zaragoza's fans. At the moment, Real Zaragoza is sixteenth in La Liga 2 and they are on a three-game losing streak in the league. More importantly, they are only six points ahead of the first team in the relegation zone.

On the bright side, Zaragoza doesn't have a lot of injury problems at the moment. Only Vigaray and Lasure are currently injured, but even they are not entirely ruled out of the next game.

Thanks to their win over Cadiz last weekend and with Real Madrid losing to Getafe, Sevilla is now only five points away from the top spot in La Liga, while also being one game behind Real Madrid. So, with an entire second half of the season left to play, it seems that Sevilla is one of the main candidates for a title in Spain, which would be the second time they are champions in the history of the club.

When it comes to the upcoming Copa de Rey game, Sevilla has a plethora of missing players. Navas, Lamela and Acuna are out with injuries, while Suso and Montiel are also questionable. Meanwhile, the team's top scorer last season En-Nesyri is out with COVID-19.

The most common questions for Real Zaragoza vs Sevilla 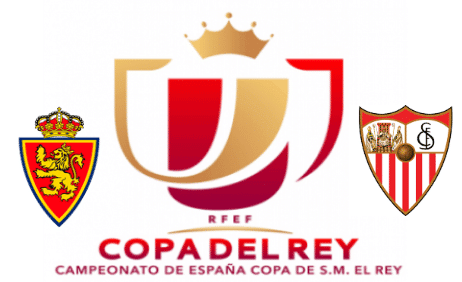