The second match to be played on Friday in La Liga is the Real Sociedad vs Mallorca duel, so check our preview of this match to learn more about it and to get some free betting tips.

Our favourite Real Sociedad vs Mallorca predictions and picks

If you are not sure what is the right bet for Real Sociedad vs Mallorca, check our top betting tips for this match right here:

Real Sociedad to Win at Half Time and Full Time

The international break came at a good time for Real Sociedad who had too many players out due to injuries. However, the team pushed through those problems and they are currently tied for the first place in La Liga, while Mallorca is comfortably sitting in the middle of the table. Real Sociedad is still dealing with many injuries, but they are the better team and they are playing at home. They also beat Mallorca in both games last season, so our prediction is for Real Sociedad to lead at half time and win at the end of the game.

Both matches between Real Sociedad and Mallorca last season ended without both teams scoring, so we expect this trend to continue in their next duel. In addition to this, both teams have scored in just 38% of all Real Sociedad matches in La Liga so far, while the same is true for all Mallorca games in the league.

The best odds and useful stats for Real Sociedad vs Mallorca

You can find the best La Liga odds and stats on our website, including the odds for the Real Sociedad vs Mallorca duel:

With five wins, two draws, and one loss in the first eight rounds, Real Sociedad shares the top spot with Real and Atletico Madrid at the moment. It's an impressive start for the Basque team, especially considering that they also play Europa League this season and that they've had enormous problems with injuries. The international break gave some of those players time to heal, but Real Sociedad will still be without Monreal, Rico, Guridi, Sola, and Fernandez in the next game in La Liga.

The team from Palma de Mallorca had a solid start to the new season. In the first eight rounds, the team has collected eleven points and they are currently 12th in the standings. With the exception of the 6-1 loss to Real Madrid, Mallorca has been competitive in all of their other matches, even those that they lost. Raillo and Kubo will miss the upcoming match in the league with injuries.

FAQ for Real Sociedad vs Mallorca 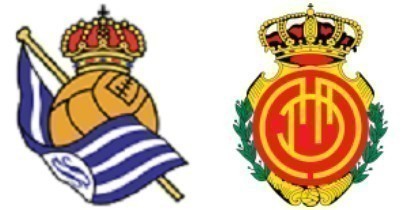