The Real Sociedad vs Getafe duel in the upcoming La Liga round should be an interesting one, so let's take a closer look at this game and what we can expect to happen.

If you need to check our top La Liga betting tips, including predictions for Real Sociedad vs Getafe, we've got you covered:

Although Getafe is in much better form at the moment, Real Sociedad is the better team overall and they seem to be getting back into their rhythm from the start of the season, especially after they eliminated Atletico Madrid from the cup a few days ago.

With that in mind, and taking into account the fact that Real Sociedad beat Getafe in two of their last three meetings, our prediction is for Real Sociedad to win this game.

The last two h2h duels between Real Sociedad and Getafe have gone under 2.5 total goals and we are hoping that that's a start of a new trend since the previous three duels have gone over.

The latest odds, stats, and more for Real Sociedad vs Getafe

You don't have to spend a lot of time looking for the best Real Sociedad vs Getafe odds – we have them all right here, on our website:

Team news and presumed lineups for Real Sociedad vs Getafe

While the guests are in better form recently, the home team is way ahead of them in the standings. So, let's check both teams out in more detail before their game:

The team from San Sebastian was for a while the best in La Liga, but they've since had a tough period. For example, Real Sociedad has four losses, in the last six games in the league, along with one win and one draw. That being said, they are still fifth in the standings and in good position to secure a spot in Europe next season. Also, Real Sociedad enters this game after eliminating Atletico Madrid from Copa del Rey.

Fernandez, Monreal, and Barrenetxea are injured and they will miss the upcoming game. Other than that, Real Sociedad is in good shape, which was rarely the case this season.

With three wins, two draws, and just one loss in the last six games, Getafe is currently in the best form of the season. Thanks to this run, the team managed to get out of the relegation zone and now they are four points away from the first team in it. Of course, that is still too close to comfort, but the fans certainly have reasons to be optimistic for the rest of the season.

In addition to current form, another positive for the team is the overall health. After all, only Ramirez and Macias are currently on Getafe's injury list and questionable for the next game. 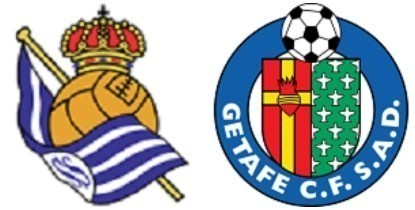