The 3-0 defeat to Real Madrid at the Bernabeu last weekend was a setback, but the prospect of Champions League qualification is still very real for Real Sociedad.

The San Sebastian club currently sit fifth in La Liga, just one point behind Atletico Madrid. If La Real are able to leapfrog last season’s Champions League finalists in the remaining 18 games of the league campaign, they will qualify for Europe’s premier club competition for the first time in four years.

That doesn’t sound like an especially long time spent away from the continent’s top table, but Sociedad had endured more than their share of turbulence in the intervening period.

It was French coach Philippe Montanier – whose most recent post was at Nottingham Forest — who steered La Real to a fourth-place finish in 2012-13, only to leave the club at the end of the season; his assistant Jagoba Arrasate assumed the Anoeta hot seat to guide the club through their Champions League adventure the following campaign.

At the time, the Txuriurdin could count such talents as Antoine Griezmann and Claudio Bravo among their number, while playmaker Xabi Prieto was in his prime at 27.

But Sociedad proved to be a busted flush in Europe, finishing bottom a group which included Manchester United, Bayer Leverkusen and Shakhtar Donetsk. 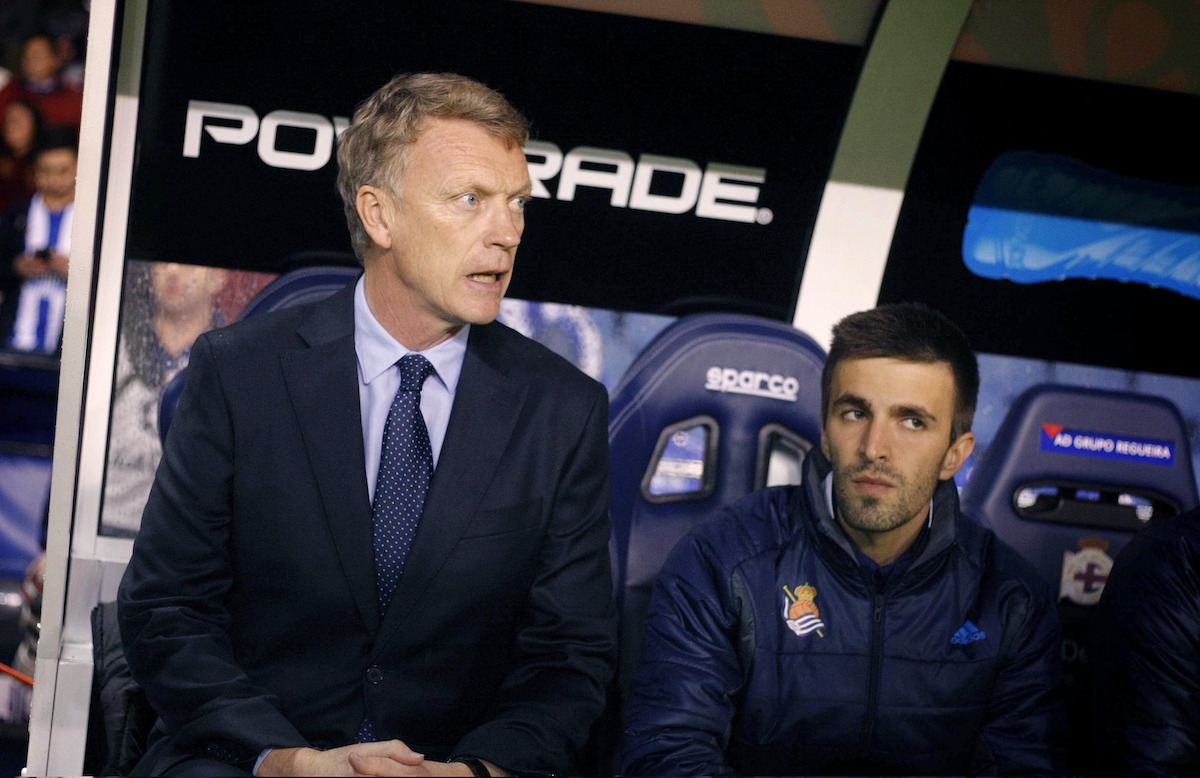 In November of the following season, Arraste was replaced by David Moyes, whose United side were the only team to drop points to La Real in that Champions League group.

The Scotsman had been sacked 10 months into his tenure at Old Trafford, having taken the Red Devils from reigning champions to seventh-placed also-rans.

And things hardly improved for the former Everton and Preston North End manager in Spain. Espousing a turgid brand of football and struggling to earn the respect of his charges, Moyes was relieved of his duties a day short of completing a year in San Sebastian after a poor start to the season saw the side languishing in the bottom half.

The choice to replace Moyes with former Barcelona B coach Eusebio Sacristan was somewhat of a gamble. His only prior top-flight managerial experience was a dreadful 15 months in charge of Celta Vigo between 2009 and 2010 and he had even been relieved of his duties after a string of poor results at the helm of Barca’s second-string side.

But the appointment of Eusebio has proven to have been an incredibly astute move. Having rallied the troops after Moyes trudged back to Britain, the Sociedad players responded, picking up their form to finish ninth. 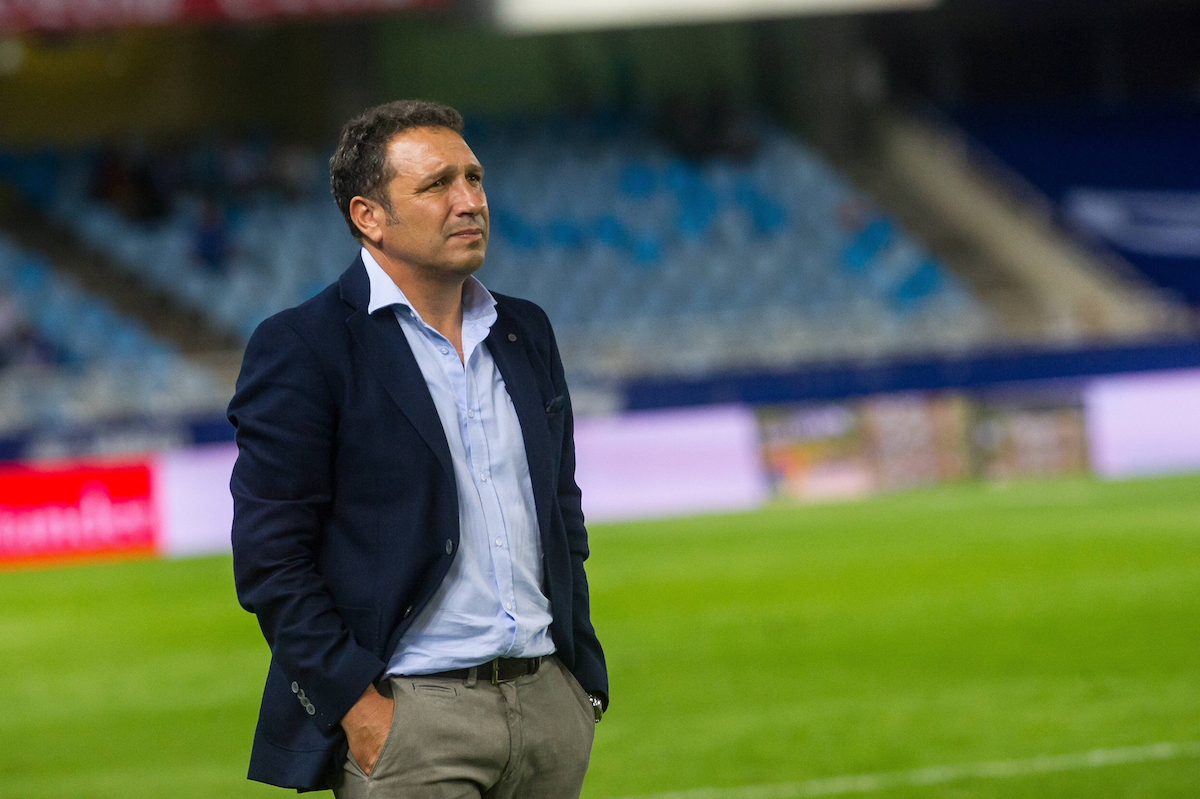 Eusebio’s methods have steadily garnered a degree of harmony and work-ethic envied by his peers, La Real have been on an upward trajectory ever since his arrival. As soon as an initial rocky period of difficult fixtures was negotiated, their form picked up, while this season they have been a revelation.

There has been no appliance of rocket science under the former Barcelona player, only simple, understandable instructions and the development of trust between player an coach which sees the team work and press relentlessly as a unit.

Fostering this kind of team spirit has led to La Real boasting a team which has a collective worth far beyond the value of its individual parts.

From their 4-3-3 base, the backline is well-drilled and marshalled by Inigo Martinez. In midfield, Asier Illarramendi has returned to the club after a failed spell with Real Madrid. At the centre of midfield he provides defensive cover while also having the ability to manoeuvre his side into advanced positions with accurate forward passes.

Alongside him sits captain Xabi Prieto, advanced in years but possessing technical quality in abundance. 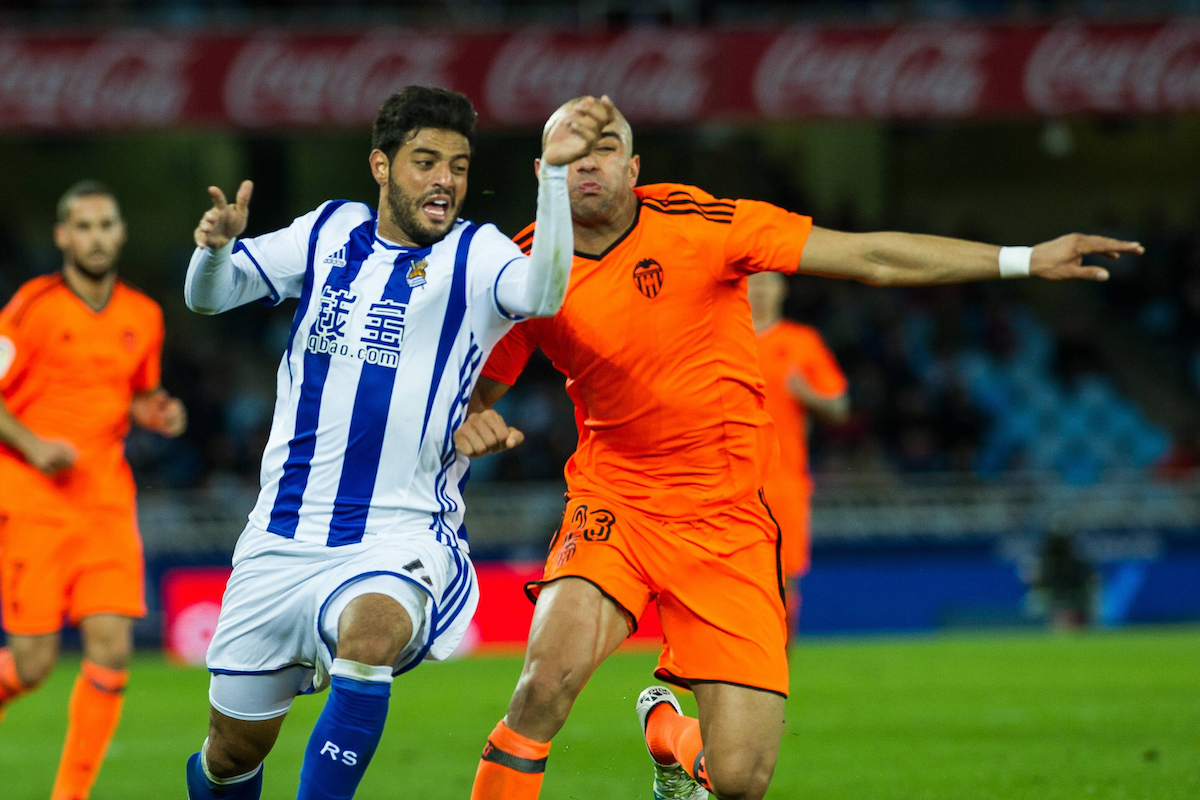 Further forward, mercurial former Arsenal attacker Carlos Vela continues to produce flashes of magic on a more regular basis than he is perhaps credited with, cutting in from the right wing onto his stronger left foot.

On the opposite flank, 19-year-old winger Mikel Oyarzabal is the latest sensation of Spanish football after becoming a regular feature at the Anoeta last term. Already a senior international with Spain, the Basque player is valued at more than €30million and is believed to be on the wanted list of Real Madrid.

And up front, powerful Brazilian striker Willian Jose leads the line expertly. Signed from Deportivo Maldonado in the summer, the 25-year-old has had loan spells at Real Madrid and Las Palmas among others, but he never really found a home until he moved to San Sebastian. 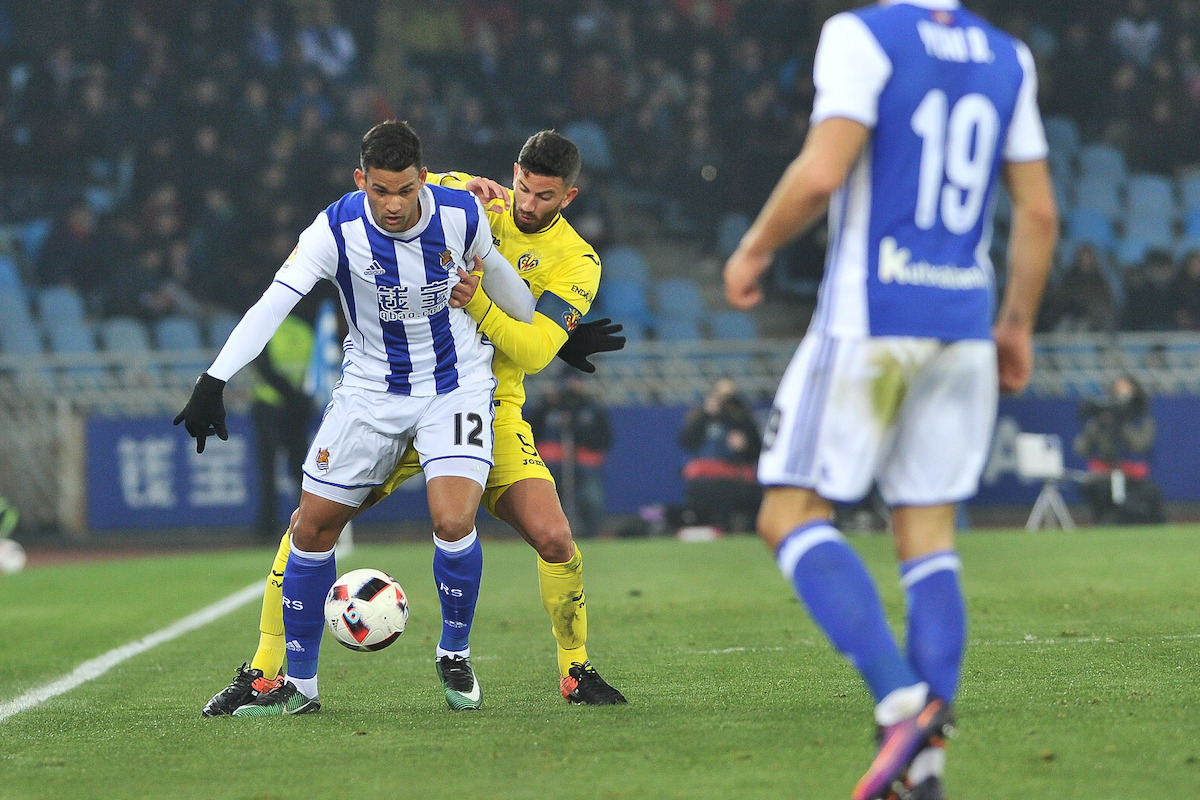 With 11 goals to his name already this season, the former Brazil under-20 international seems to be enjoying the security of being a regular starter within a settled team.

Though not especially fast, Willian Jose is a powerhouse in the air and is also blessed with a delicate first touch and a great appreciation of his surroundings, enabling him to pick out a team-mate in a dangerous position with the kind of pass that many players wouldn't see.

The job Eusebio continues to do with Sociedad has led to him being mooted as a potential outside bet to replace Luis Enrique at the Camp Nou, should the Barca coach leave at the end of the season.

La Real will be hoping to hold onto him beyond the summer, though. Afterall, they might have a Champions League campaign to prepare for.