The last game to be played on Saturday in La Liga is perhaps the most interesting one. We have a preview of the Real Madrid vs Villarreal duel for you, so check it out and our free betting tips.

Our top betting tips and predictions for Real Madrid vs Villarreal

Los Blancos have been fantastic at the start of the new season, led by their new coach Ancelotti and the amazing Karim Benzema, winning all but one of their matches in all competitions. Meanwhile, Villarreal is still undefeated in La Liga, but only one of those games has been a win. Obviously, Real Madrid is the better team and they are playing at home, where they beat Villarreal in the last three meetings, so our prediction is for Real Madrid to win this game.

You can find the best odds and latest stats for the Real Madrid vs Villarreal duel on our website, so check them out:

Real Madrid vs Villarreal preview: The derby of the round

It seems that the coaching change at Real Madrid worked wonders for the teams since they started the new season with five wins and a draw in La Liga, accompanied by a win over Inter in Milano. Whether this is just the infamous shock effect or a long-lasting form remains to be seen, but it looks like Ancelotti managed to draw the best of all his players and especially Karim Benzema. In the game against Villarreal, Real Madrid will be without Bale, Carvajal, Mendy, Kroos, Marcelo, and Ceballos.

After four straight draws to start the new season in La Liga, Villarreal finally won in the last round, convincingly beating Elche 4-1. The team remains undefeated after five matches in the league, but they will need more wins if they want to compete for a Top 4 spot. Meanwhile, Villarreal also drew in their first Champions League game against Atalanta at home. The team's top striker Gerard Moreno is injured, along with Chukwueze, Pino, and Raba. 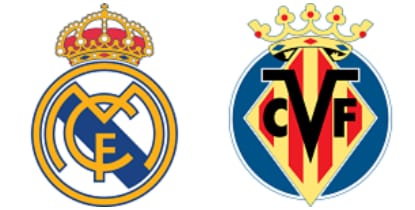