While it's clear who the favourite is in the Real Madrid vs Sheriff duel, we have still prepared a preview of this match for you, along with some free betting predictions.

Our top betting tips and picks for Real Madrid vs Sheriff

If you need some help to find the best bet for Real Madrid vs Sheriff, check our favourite betting tips for this game right here:

Real Madrid to Win with Handicap (-2)

The question in this game is not whether Real Madrid will win, but rather by how much they will win. With all due respect to Sheriff, the Spanish team is in a completely different league compared to them. So, our prediction is for Real Madrid to win this game by at least three goals given their current form and the fact that this is the first time that Sheriff even made it to the CL groups.

Since we expect Real Madrid to win this game by at least three goals, we also expect to see many goals in this game. So, our next prediction is for the game to go over 3.5 total goals, which is something that already happened in two of the last five matches played by Real Madrid in all competitions, as well as two of the last five games played by Sheriff across the board.

Junior Vinicius to Score at Any Time

While the top scorer for Real Madrid last season and this season is Karim Benzema, betting on him to score doesn't come with great odds. Furthermore, he might be given a rest against the weaker opponent, so our pick to score at least once in this game is Junior Vinicius. After all, Junior Vinicious has already scored five times this season for Real Madrid.

The latest stats and top odds for Real Madrid vs Sheriff

If you are looking for the best Champions League odds, you can find them on our website. Here are the best odds and stats for Real Madrid vs Sheriff:

Los Blancos have been pretty great at the start of the new season under the helm of their new manager Carlo Ancelotti and lead by the fantastic Karim Benzema. In La Liga, Real Madrid has five wins and two draws and a +13 goal difference, which is enough to put them on top of the standings. The team also started the new Champions League with a win against Inter at Milano and now they have seemingly easy task against Sheriff at home. Carvajal, Ceballos, Mendy, Bale, and Marcelo are injured and will miss the game.

After they became the first Moldavian team to reach the Champions League group stages in the history of this competition and after doing so by going through four rounds of qualifications, Sheriff also managed to surprise everyone in the first round by beating Shakthar Donetsk at home. The team is also doing well in their domestic league, with six wins, one draw, and one loss. Belousov and Plesco are out with injuries at the moment, while Kyabou and Yansane are questionable. 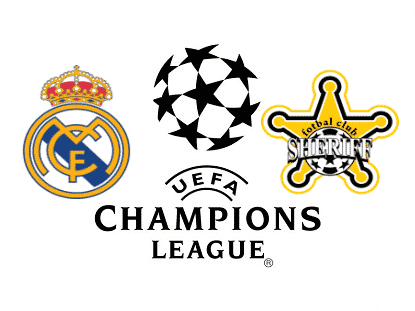