Real Madrid to Win & BTTS - No

Real Madrid to Win & BTTS – No

Defeat to Barcelona at the Allegiant Stadium would not have sit well with Real Madrid fans, even if the fixture was a club friendly. Los Blancos will arrive in this meeting with vengeance and should make Club America pay. The Mexican outfit has lost four of their last five outings and looks unlikely to put up resistance against the European champions. Moreover, they have only scored thrice in their last four outings, making BTTS an unlikely outcome.

Carlo Ancelotti's men drew a blank against Barcelona as they missed the prodding runs of Karim Benzema. The French ace will be lining up against Club America and should pick up where he left off from in the Champions League final. He was also on the scoreboard in their last meeting in the Club World Cup and should revisit those happy memories at Oracle Park.

Real Madrid vs Club America: Check out the best odds and the latest stats

Real Madrid vs Club America: Check out the team lineups

Barcelona showed that they are a step above Real Madrid in their preseason preparations. The margin does not seem to be much as an early Raphinha strike was all that separated the two sides. With Karim Benzema and rest of the spectacular 11 returning to the fold, expect Carlo Ancelotti's men to give a better account of themselves.

Fernando Oritz will be concerned with Club America's recent performances. The Eagles have struggled to get results, losing three of their last four outings. Their task has been further complicated with a club-friendly against Real Madrid, the reigning European champions. Akin to their Spanish rivals, the Mexicans will use this meeting for leverage in their upcoming domestic outings. 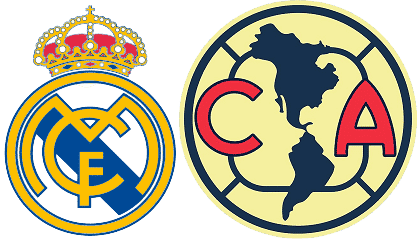 Where is the game being televised? DAZN Italia, Premier Sports (UK), and SportKlub.