The first game of the 2021 Champions League semi-finals is getting close and it will be a duel between perennial winners Real Madrid and Chelsea. So, we have prepared a detailed preview of this match for you, along with some betting tips.

The best free betting predictions for Real Madrid vs Chelsea

It's always hard to offer reliable Champions League betting tips, but it's especially hard to do it at this stage. However, we've tried our best to come up with a few interesting predictions for you:

Keep in mind that odds can change at all times, so check the odds with your bookie before you place a bet. Our recommended bookmaker for this game is Ladbrokes.

Real Madrid and Chelsea to Draw

Since the arrival of Thomas Tuchel, Chelsea has been amazing in defence. Under his wing, Chelsea has conceded only one goal in the previous four Champions League games, and he has similar results in England. Meanwhile, Real Madrid has drawn in three of their last five games across all competitions, so our prediction is for this trend to continue on Tuesday.

Real Madrid and Chelsea to Draw at Half Time

We expect the final score to be a draw, and we don't expect to see many goals in this game, so it's only logical to suggest betting on a draw at half time as well. It's the Champions League semi-finals and teams will certainly go into the match with maximum caution and focus on the defensive side. Unless we see an early goal, we can see this match ending 0-0 at half time.

Top odds and stats for Real Madrid vs Chelsea

If you want to bet on the best odds for Real Madrid vs Chelsea, check our selection of top odds from different UK bookies:

Real Madrid vs Chelsea preview: Can Real Madrid go all the way again?

After the scoreless draw against Real Betis over the weekend, Real Madrid's chances of winning La Liga have significantly dropped. This was their second scoreless draw in three games in the Spanish league and it seems that Los Blancos can now focus on the quest for their 14th European Cup/Champions League trophy. The saga surrounding the formation of the European Super League seems to have shaken the club a bit as well, but all of that should be forgotten now. The bigger problem for Real Madrid is their extensive injury list, with Valverde, Ramos, Mendy, Lucas, and Kroos all unlikely to play against Chelsea.

The Blues managed to snatch a very important win against West Ham on Saturday to keep them in the hunt for the Top 4 in the Premier League, so they are coming into this game in a very good mood. Chelsea has also secured a spot in the FA Cup Final recently, so they can still win two major trophies this season. In addition to their good form, The Pensioners will also have a nearly full squad at their disposal for the first leg of the semi-finals since Kovacic and Silva are the only two players under question due to injuries. 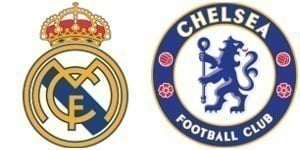