Real Madrid and Atletico Madrid’s last match against each other was on the 12th December, and the reigning La Liga champions showed the world why they deserve the title. Their next game will be at the beginning of March 2021, and we can't wait to see how things will unfold with two of the top three La Liga teams on the field.

While Real Madrid is the reigning champion of La Liga and has so many titles under their belt, we can't say for sure that they will win again against Atletico Madrid. During their last match against each other, Real Madrid scored two goals and won, but in the past things haven't been so sure, sometimes even ending in a draw. And let's not forget about their match in 2019 where Atletico Madrid won 7-3, mostly thanks to Diego Costa.

We can’t give you any predictions regarding the match in 2021 because bookies still haven’t released any odds this early, but whenever they do, we will provide you with all the best selections and which bookies offer the best odds on the event. Check them with the bet mgm bonus code if you are an American who like football. 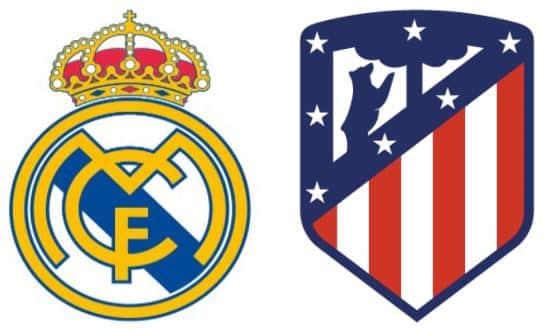 Atletico Madrid's current form is solid, and they have some solid attackers on their squad, like:

During the 2020/2021 season, the team has either won or finished drawing all of their La Liga matches except when they lost to Real Madrid 2-0 in December. They have earned their first place in the league table, but we aren't sure that they will hold it until the end. If history repeats itself, then Real Madrid will catch up to them sooner or later, which makes their match against the Whites in March very important. By then, Diego Costa may be back on the field if he recovers from the thigh injury he suffered in November, which will strengthen Atletico's squad. They might even beat Real Madrid with enough luck, but we will know more as the match draws nearer.

Real Madrid is currently in excellent form, even though they aren't at the top of the La Liga table just yet. They have some significant players who would help them in the next matches from the league calendar, such as:

Even though they have four injured players right now, two of them (Eden Hazard and Luka Jović) are set to come back before 2020 ends. Martin Ødegaard, who suffered a knee injury, and Mariano Diaz, who suffered a knock injury, were sidelined at the beginning of December, and there is no news on when they will be back.

Our Predictions and Top Free Tips

Let’s recap which markets you should look at when the time comes to place a wager on Real Madrid vs. Atletico Madrid. Here are the top markets customers enjoy when it comes to La Liga betting tips:

Match Result is the most common and popular market type in sports betting. You are betting on who the match winner will be, and many people add this market as an ACCA selection, too, if you are feeling lucky. You can also try out the “bet builder” feature (if the bookmaker offers it), which allows you to add selections from the same match into one bet. If we have to pick a winner for the game in March 2021, we will choose Real Madrid if there aren't any significant changes in the squad and form.

Double Chance is a great bet type where you place a bet on two out of the three outcomes (win/loss/draw) in the match and thus increase your chances of winning. It's a prevalent market and attracts seasoned bettors more. There are three Double Chance bets available:

If you feel that one of the teams would score a certain number of goals in a match, why not place a wager on the Over/Under Goals market. Here you only have to guess if the number of goals scored by both teams in the match is over or under a specific number, such as “Over/Under 1.5 Goals.” You will see bookmakers offer multiple selections regarding this market, so you will have plenty of options to choose from.