The Super Cup of Spain will get a new or old winner on Sunday evening when Real Madrid and Athletic Bilbao are scheduled to appear in the final. So, here's our preview of this match and some free betting tips.

You should check our free La Liga betting tips, including our favourite betting picks for the Real Madrid vs Athletic Bilbao duel:

While Athletic Bilbao is the defending champion of Spanish Super Cup and it seems that playing in Saudi Arabia suits them, we have to go with Real Madrid for this match.

After all, Ancelotti's team has dominated so far in La Liga and they have already beaten Athletic Bilbao twice in the league this season, so we expect the same to happen on Sunday.

Three of the last five head-to-head duels between Athletic Bilbao and Real Madrid have gone over 2.5 total goals and we can see that happening once again in the Super Cup final.

On top of this, both teams have gone over 2.5 total goals in their semi-final matches a few days ago. Also, Real Madrid averaged 3.00 goals per game in La Liga this season, although Athletic Bilbao averaged just 1.74 goals per game in the league so far.

If you want to place a bet on the highest Real Madrid vs Athletic Bilbao odds, check our list of odds from the best betting sites in the UK:

While Athletic Bilbao is trying to defend their Super Cup title, Real Madrid is looking for their first trophy of the season. So, let's take a closer look the teams:

The season for Real Madrid has been great so far since the team is first in La Liga, they will play in Top 16 stage of Champions League, they are still in Copa del Rey, and now they will play in Spanish Super Cup final. So, all the trophies are still available to them and it will be interesting to watch the season unfold for the most decorated club in Spain.

As in the semi-finals, Mariano Diaz and Gareth Bale will also miss the final match with injuries, while David Alaba is also questionable after missing the semis with a hamstring issue. On top of that, Dani Carvajal will also miss the game with coronavirus.

Same place, another year, and once again Athletic Bilbao will play in Super Cup final. After beating Barcelona in the final last season, now they will have to face the other Spanish giant, Real Madrid, after they already eliminated the reigning champions Atletico Madrid a few days ago. Winning this trophy again will be a huge confidence boost for Athletic Bilbao, who is currently ninth in La Liga.

Once again, the Basque team will be without Ander Capa, Unai Nunez, Unai Vencedor, and Asier Villalibre, who are all injured and unavailable for this game.

Q & A for Real Madrid vs Athletic Bilbao 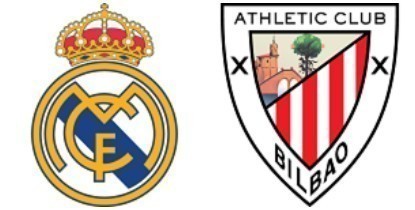