Antoine Griezmann is expected to leave Atlético Madrid this summer and the Frenchman, who has a reported £86million buyout clause in his contract, is now a Real Madrid transfer target as well as being top of Manchester United's wish-list.

United have been heavily linked with a move for the 26-year-old and confirming their place in next season’s Champions League by beating Ajax in Wednesday’s Europa League final will strengthen their negotiating hand.

Griezmann is now among the world’s best players and for many in the top bracket the dream is to turn out for Barcelona or Real Madrid. Los Blancos have had to hold back on entering the race for him for a unique reason.

Real and Atlético are neighbours, hailing from the Spanish capital. Traditionally, Real have dominated Atleti on and off the pitch, so much so that a gentleman’s agreement was put in place to stop Los Merengues swooping for any talents Atlético may have in their ranks.

Fernando Torres, Sergio Agüero, Radamel Falcao and Diego Costa have all been off limits to officials at the Santiago Bernabéu, often to their frustration. Theoretically, Griezmann should be too. But this is a deal that may well be worth delving into an ethically grey area for.

The first, and most important, reason is the agreement has already been breeched ahead of the summer transfer window. Young defender Theo Hernández, 19, has passed a medical at Real ahead of a £20million move across town after impressing on loan at Alavés this season.

Barcelona and a number of Premier League clubs were also interested but it was the newly crowned LaLiga champions who activated his release clause at the Vicenté Calderon first.

Atlético are in a much stronger position than when the agreement was made, too. Before this week they had won a league title more recently than Real, in 2014, and had reached two Champions League finals in three years, losing them both to their neighbours.

This is their most successful era in years, thanks to coach Diego Simeone who has gradually turned them into a force to be reckoned with in the last six years. It all culminates with a new stadium which they will move into next season, leaving the well-loved but worn out Calderon. 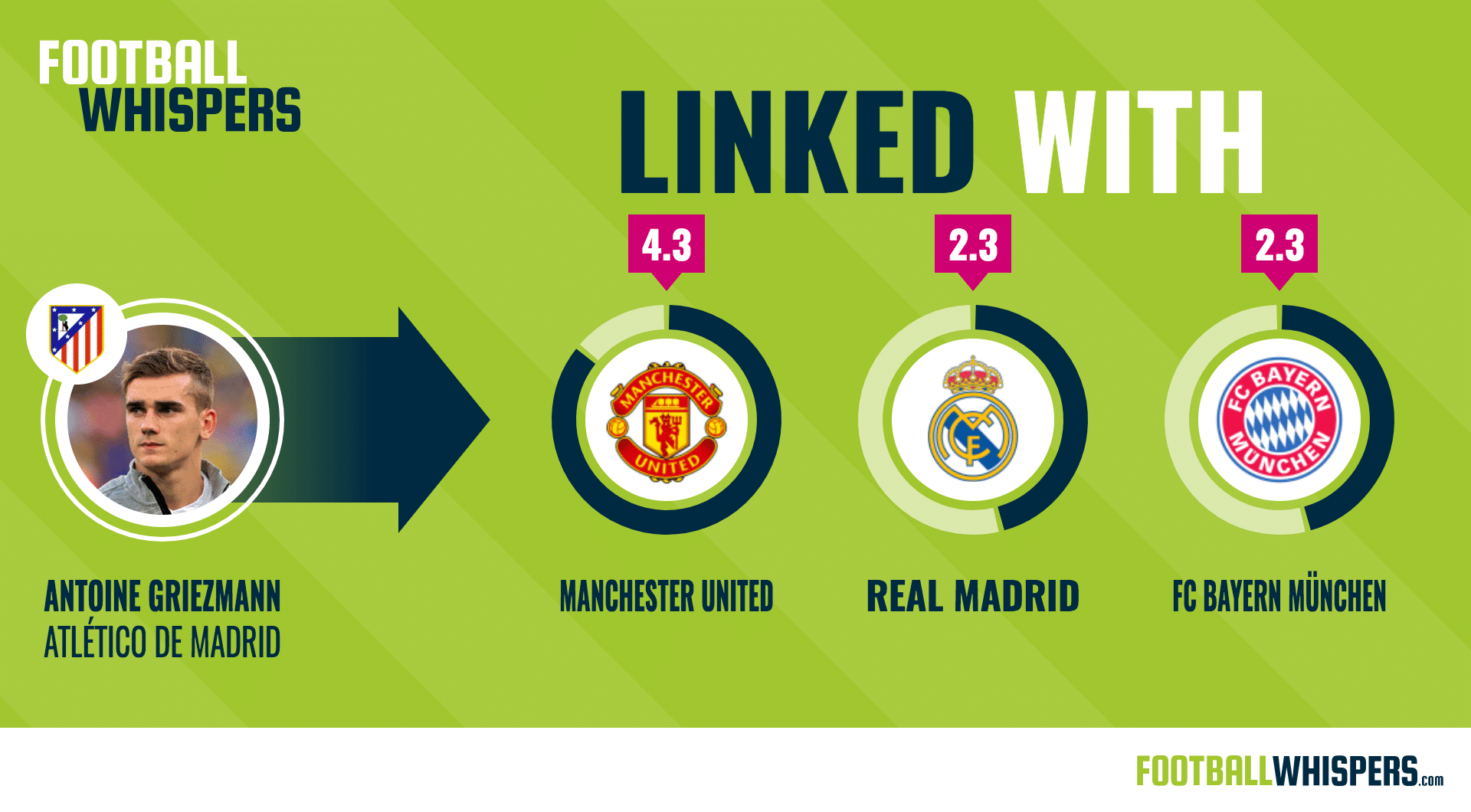 How the agreement is upheld is also down, in part, to Real and how much they want the player. It cannot be a coincidence that David de Gea has been a target since leaving Atlético for Manchester United where there would be no moral qualms should they sign them.

Furthermore, most players from the red half of Madrid would not suit the white half, because of the contrasting styles of play. Griezmann is a different story.

A quick look at this season’s stats shows just how different the two sides are. Atlético scored just 70 league goals compared to Real’s 106. They conceded 27 and 41 respectively. Simeone demands his players stick rigidly to a shape, for the most part, while Real Madrid are all about freedom and expressive, entertaining football.

Of all the stars Atlético have had, Griezmann is the most dynamic. Since he joined the club in from 2014, he has undergone a similar evolution to Lionel Messi at Barcelona, converting from a winger to a striker.

Even though he plays with a partner under Simeone, in a 4-4-2 formation, his ability to find pockets of space in front and behind defenders makes him an ideal candidate to lead the line for Zidane’s men next season.

Because Atlético stick to a rigid shape, Griezmann needs a target man to unleash him into space. But he suits Real’s counter-attacking style better because of his pace and movement.

His late equaliser in the 1-1 derby draw at the Bernabéu – one of 16 in 36 league games – when he latched onto a through ball from Ángel Correa and finished impeccably, was the perfect example of that, right in front of perspective buyers.

Karim Benzema has looked leaner than he has for a long time as the season has comes to an end. But having a powerful focal point in attack can negate Real’s play, especially if he has his back to goal which reduces the space for the likes of Cristiano Ronaldo and Isco to run in to.

Griezmann would move a lot more, swapping places with both players and making them even more effective. Statistically speaking, Benzema has underperformed in comparison, scoring 11 goals in 29 games and supplying five assists, three fewer than Griezmann.

In an ideal world, Atlético Madrid would keep Griezmann and build around him to challenge for another LaLiga title. But the Frenchman has made clear his desire to leave and all Atleti can do now is try to avoid selling him to their bitter rivals. 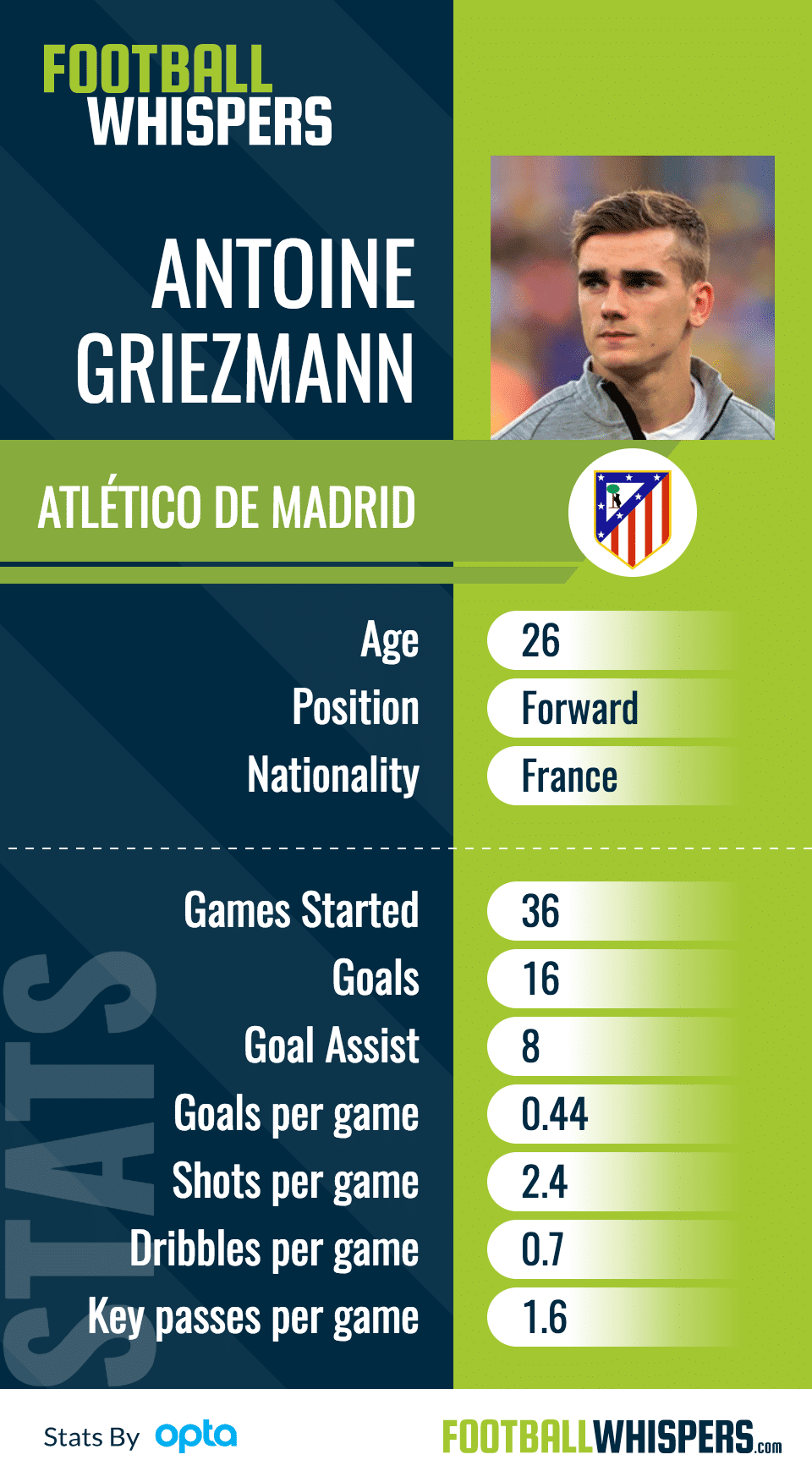 Manchester United seem deadly serious about taking him to Old Trafford but he has hinted on a number of occasions that he is very happy in Spain. From Real’s point of view, though, there may not be a more suitable player to finally put an end to the ‘gentleman’s agreement’.